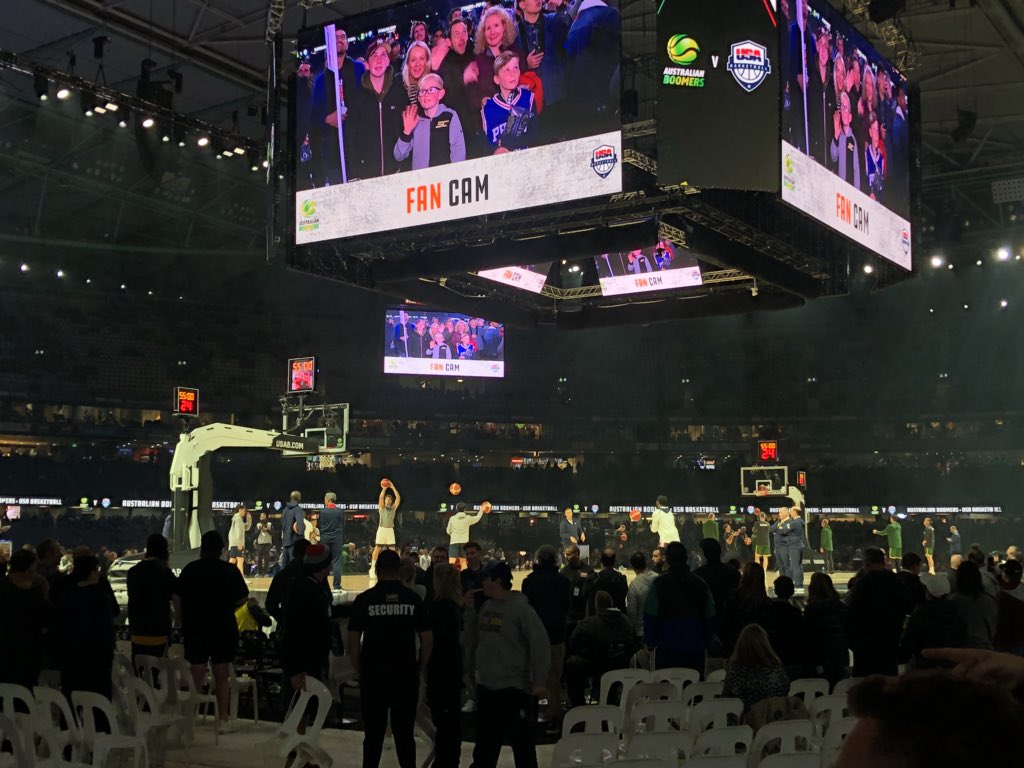 Many basketball fans have been left outraged over the disappointing seating arrangements at Marvel Stadium during Thursday night’s exhibition match between the Australian Boomers and Team USA.

Some fans who purchased tickets worth up to $500 for seats close to the court were left disheartened, after having limited viewing due to seating arrangement surrounding the raised court. Adding to the outrage, they were also seated on white plastic chairs while the high-priced courtside seats were folding chairs.

Actor Russell Crowe was one of many disgruntled fans who took to Twitter on Thursday night to voice their frustration due to the confined view.

The sight for fans who purchased tickets worth up to $160 on the upper-levels of the Stadium was not much better. Marvel Stadium is predominately used for AFL matches, fans sitting in the stands were a substantial way away making it difficult to view both the court and players.

Promoters for TEG Live were already forced to offer refunds after complaints from a large number of fans who were unhappy with the lack of NBA talent playing. In the original promotion, TEG Live used images of star NBA players such as LeBron James and Steph Curry who would later withdraw. TEG Live continued to hype the event up by describing it as “the biggest game Australia has ever seen.”

TEG is yet to comment publicly since Thursday Night while Team USA has decided to cancel a media opportunity that had been scheduled for Friday afternoon.

Australia was defeated by Team USA 102-86 in the first of two exhibition matches in the lead up to the 2019 FIBA World Cup.

The two teams will meet again at Marvel Stadium on Saturday afternoon where a lot of attention will be focused on the seating arrangements.