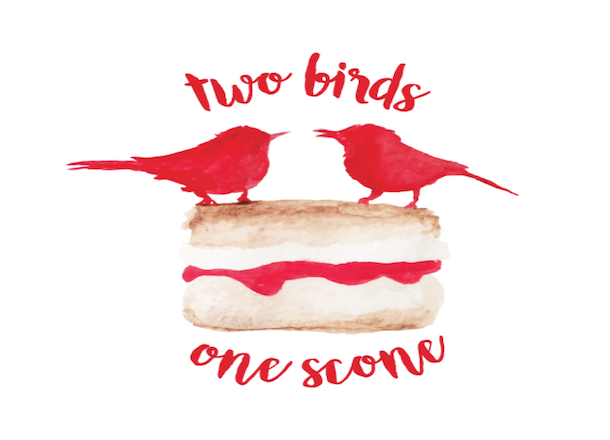 Lee works alongside other student volunteers, collecting food from various cafes and dining halls around La Trobe and delivering it to the hungry and homeless each day.

“I had thought of this idea when I was living back in New York City… and the Jonas Snow Storm hit,” Lee tells upstart.

“Homeless people died from it while I was in my warm apartment. It affected me hard and I was thinking long and hard of what I could do back here in Melbourne to help those in need.”

Lee had long been aware of the amount of food going to waste at the end of each day at La Trobe, prompting her to start up Two Birds, One Scone when she returned.

“My purpose is to, for starters, minimise food wastage in LTU and aid with the hunger happening on the streets of Melbourne,” Lee says.

This is possible through co-operation between the club and La Trobe University cafes such as Caffeine, Bake ‘n’ Bean, Charlie’s, Writer’s Block, Café Veloci and Grain Express.

“On an average day I pick up over 20 kilograms of food,” Lee says.

Lee said that overall the club has saved over 900 kilograms of food in the past 7 weeks.

Working with third parties, they then distribute the food across Melbourne to homeless people.

Two Birds, One Scone is currently located solely at La Trobe, but Lee has hopes of one day expanding all across Australian universities.

In conjunction with collecting food waste, the club has also run a fundraising garage sale in the Agora. 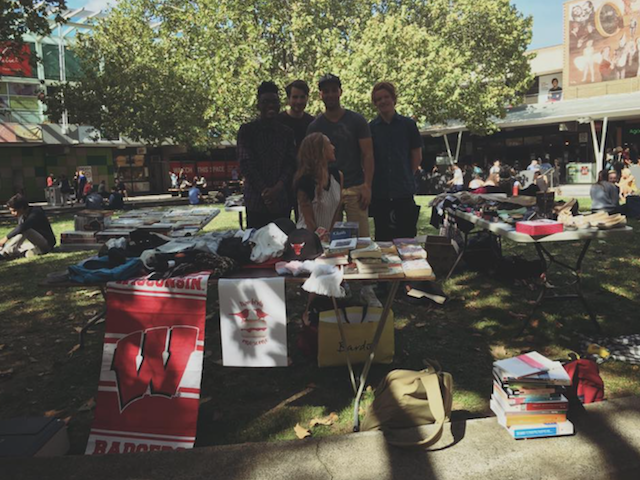 While Lee’s club may aim to help those in need in the wider community, La Trobe also offers help for students who may also struggle to make ends meet.

According to the student union, 1 in 8 students regularly go hungry because they can’t afford to eat.

The welfare department at La Trobe has recognised this and implemented several outlets for students to turn to if in need, including the La Trobe Student Union (LTSU) Food Bank Donation Drive.

The drive, which is located at the LTSU reception, collects non-perishable foods such as canned goods, pasta and juices, and makes up take-home packs for students who cannot afford food.

In addition to the food bank, the welfare department also runs a weekly BBQ and breakfast club.

La Trobe Welfare Officer, Anthony Lay, is one of many people who are busy organising and running these events for students.

“The breakfast club is an inexpensive way of making the lives of students a little bit easier, which is the job of the LTSU,” Lay tells upstart.

La Trobe recognises that students not only need the food but also the help to get back on their feet.

“A great initiative at LTSU is our free financial counselling service, which allows students with financial difficulties to seek help and advice and be provided with an emergency food pack,” Lay says.

The counselling service is run by qualified professionals who provide a non-judgemental support system for students facing financial difficulty.

If you’re more interested in helping out in the wider community, Feed the Homeless are a volunteer lead organisation that provides meals to the homeless. Operating Saturday and Sunday evenings, the volunteers are located at Flinders Street Station.