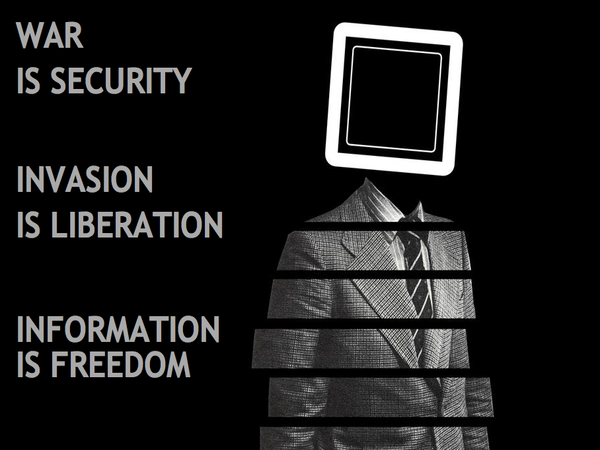 The Melbourne Fringe Festival (MFF) will feature over 400 events to an audience of more than 300,000.

At some of this year’s performances, audience members will become stars of the show. No longer are people invited to just sit back and enjoy, they’re encouraged to participate in it.

MFF shows, including We Are Not Good People, Suburbia and The Ministry, pride themselves on the layered and multi-sensory experience they provide to their audience.

Imagine being pulled into a room, and drinking tea with the actors or being driven around North Melbourne streets. These are elements MFF plan to use to push traditional boundaries with their immersive productions.

This non-conventional style aims to remove the fourth wall of theatre, which acts as an imaginary barrier between the actors and their audience.

This allows audiences to be a part of the action, experiencing it unfold, instead of just watching it.

Monash University student, Anna Nalpantidis, is the creator and director of The Ministry, a performance that recreates George Orwell‘s dystopian world from his novel, 1984.

Audience members are taken to a secret location at Monash University and become ‘citizens’ in Oceania.

“I always knew that I wanted The Ministry to be a unique theatrical experience that engaged the senses, the mind and the body. It relies on the participants being active by turning the audience into an active walker and explorer of different spaces,” Nalpantidis tells upstart.

She wants her show to push audiences to think about how 1984 and its concepts are in some ways “scarily accurate” in 2015.

“In this post-Snowden age, where privacy seems to be all but dead, a reinterpretation of Orwell’s telescreen and the surveillance state certainly seems to be relevant,” she says.

“While I don’t believe that we live in an Orwellian totalitarian state, I feel like the technological possibilities of data collection and retention surely surpass what Orwell imagined.”

The secrecy of the location is designed to add another layer to the performance, with the show being specifically built around the site that was chosen.

“I hope that the show will accumulate meaning as the audience move throughout the spaces, with images and experiences layering on top of each other in order to allow the audience to navigate connections between Orwell’s world and ours.”

The unpredictability of immersive theatre does, however, provide a challenge for Nalpantidis and her actors, as participant reactions are sometimes difficult to force.

“It has been a logistical nightmare trying to figure out how the audience each experiences the journey. This has evolved through a long and rigorous process of ordering and re-ordering, creating and re-touching, cutting and pasting,” she says.

The intimate nature of the performance means that only 20 participants will enter The Ministry at a time, allowing them to delve fully into the imaginary landscape.

“In Orwell’s world, Winston Smith winds up emotionally lobotomised. In the world of The Ministry, its inhabitants (the audience members) wind up technologically lobotomised.”

If a technological lobotomy interests you, The Ministry, presented by Monash University Student Theatre and Kin Collective Inc, opens tonight.

Xavier Martin is a third year journalism student at La Trobe University. He joins the upstart team this semester as a Multimedia Producer focussing on video, interview, podcast, radio, sound and imagery.