It’s now official. Despite our love of sport and the great outdoors, the image of the bronzed beautiful Aussie has now been finally trashed. Australians are not fit, sports loving athletes. We are fat and sedentary. We eat way too much sugar, not enough fresh produce, and our figures (and hearts and liver and bowels) are paying the price.

The issue of obesity is in the headlines again with the recent release of the Australia’s Food and Nutrition 2012 report by the Australian Institute of Health and Welfare. 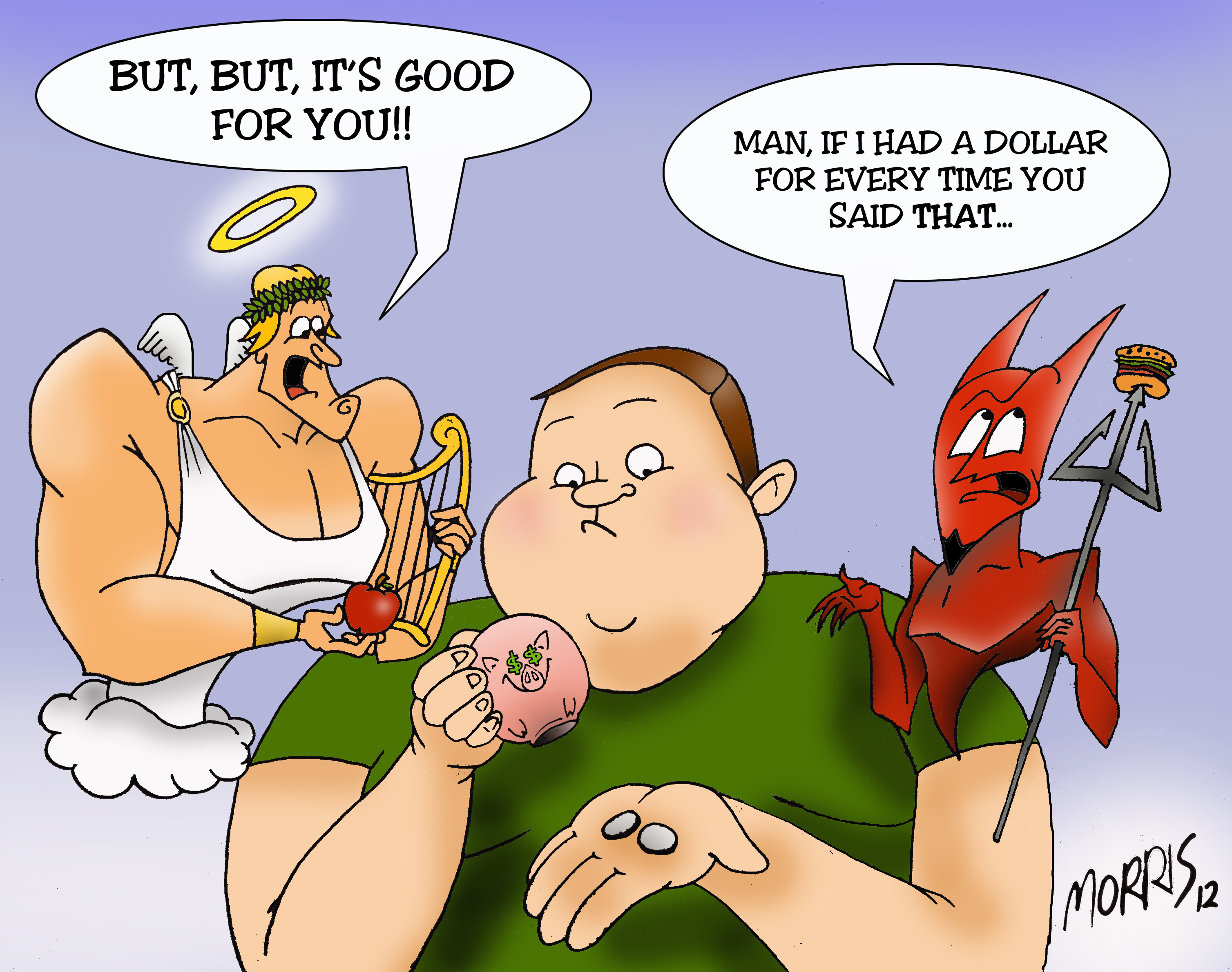 It seems that most Australians have got their food intake balance completely out of whack, with too many foods high in fat and sugar crowding our better, healthier choices. Foods that should be considered treats, or occasional foods, are now a normal part of our daily diet.

Why are we eating so much fat and sugar? Apart from the fact that we love them, and they are highly addictive, foods loaded up with these two nasties are dirt cheap.

The stats tell us obesity is most prevalent in lower socio-economic groups. So it’s a simple equation really – the smaller the budget for food shopping, the more likely you are to choose cheap, filling options.

Some commentators advocate a fat tax, using higher prices as a way to discourage purchases. This strategy has been used before to discourage cigarette smoking and alcopops, with some degree of success, but it’s an idea that would only work if the higher prices for fat and sugar were balanced by a ready supply of inexpensive fresh produce.

And there’s the rub. In many rural and regional communities, fresh fruit and vegetables are in short supply, extra transport and refrigeration costs hike up prices even further and in areas where there’s no retail competition there’s little incentive to keep prices low.

A quick survey of my local supermarket underscored this dilemma. A pre-made lasagne for four cost $12 complete with loads of fat, salt and a number of unpronounceable additives. Buying the ingredients to make it from scratch came to about $15, assuming some of the pantry staples like oil, flour and butter weren’t part of the budget. Plus you then have to actually go home and make the lasagne, instead of just heating it up in the microwave for 5 minutes.

It’s not exactly scientific research but it does highlight another key issue. Not only is pre-made food cheaper it’s also easier – one visit to the refrigerated cabinet versus tramping around the entire supermarket collecting ingredients. For people who just want to feed their family, aren’t big on cooking and don’t have lots of time, it’s easy to understand the appeal.

But is a fat tax the answer?  As economics writer Jessica Irvine argues in this Sydney Morning Herald story, taxes come with a whole other set of problems including the need to compensate those most affected by the price rises and the difficulties of working out an affective method of implementing it. Should a burger be taxed less because it comes with protein and vegetables? Are chips ok because they’re made with potato?

There’s also the question of personal responsibility. When an individual chooses what goes into their mouths, should governments take the blame for the end result?

It’s all about cost of course. If being overweight had no negative impact on our health we wouldn’t be having this discussion, but the cost of caring for the consequences of obesity are starting to make western governments increasingly nervous.  The Australian government launched the Swap It, Don’t Stop It campaign last year in an attempt to encourage people to eat the right food and get more exercise but this feel-good education campaign feels way too gentle on the main culprits in this battle for our waistlines. At some point governments will have to start getting tough.

The food industry has made enormous profits selling high sugar, high fat ‘food’ to the masses, but when this benefit begins to be outweighed by the negative consequences, something has to give.

Legislation is on the agenda for a number of countries and it’s not entirely unthinkable that the QUIT concept we’ve become so used to seeing could be re-worked to attack obesity.

The trouble with this idea is that while smoking might be something that you do, fat is something that you are. Before we start to demonise people for their food choices we need to be sure they really do have choices, and while cheap fresh healthy food remains out of reach of much of the population, can we really be sure that obesity is a personal issue rather than a societal problem?

Australia’s Food and Nutrition 2012 doesn’t make for happy reading reporting one estimate of the cost of poor diet to the nation each year to be $5 billion. Statistics on weight indicate 60 per cent of Australian adults and 23 per cent of children are now overweight or obese.

With figures like these, if we don’t take action soon, we may all be too unwell to do anything about it at all.

Justine Costigan is a Master of Global Communications student at La Trobe University. Follow her on twitter: @justcostigan