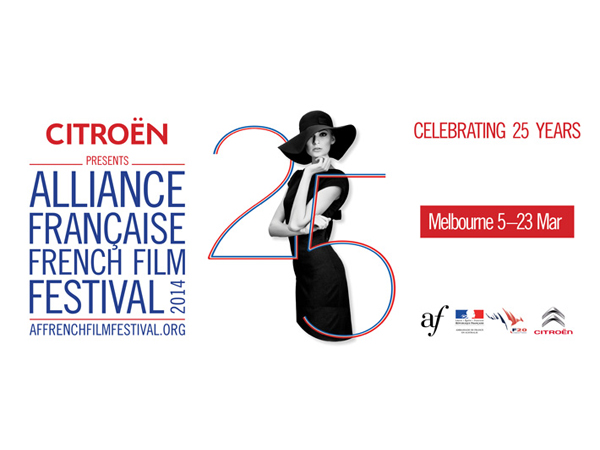 As the freedom and frivolity of summer slowly sets on us all, you may have also found yourself idly dreaming of an escape to a foreign land.

Whilst sadly, we can’t all pack our bags and jet off to Europe, we can certainly jump on the nearest tram and head on down to the Alliance Francaise French Film Festival, an event bringing an element of sophisticated French culture to Melbourne’s very own doorstep.

It is the largest foreign film festival in Australia, lasting three weeks and it is considered to be the biggest celebration of French film outside of France. In 2013, attendance records were broken with at least 133,000 cinema-goers attending the festival nationally, with more than 41,000 in Melbourne alone. And in the event’s 25th anniversary year, attendance numbers are expected to soar.

Like many others, you may consider foreign film festivals to be ‘for the soul’ entertainment of francophiles and cinephiles alike, whom of which have firm connections with the French culture. And you wouldn’t be entirely wrong.

For Raphaël Trantoul, French language lecturer at La Trobe University and The University of Melbourne, the festival is a chance to replenish his bond with the country he left almost eight years ago.

“For me, French cinema is a way to connect with France and get a snap shot of where French film is at,” he says.

“[Foreign film] can evoke a certain sense of nostalgia for people who have been away from their home country for some time.”

This year, organisers have also developed a particular category of film titled ‘Tribute to a master: Francois Truffaut’, a special treat for fans of the talented Oscar-winning Parisian who passed away in 1984.

However if, like a large portion of Melbourne’s population, you are not a French local and don’t consider yourself to be an up-and-coming film buff (yet), fear not. Alliance Francaise has this year catered for all walks of life, starting with the appointment of the events very first ‘patron’, or ‘fairy-godmother’ as organisers refer to her, French-born comedian Julia Zemiro.

Whether you’re a hopeless romantic, live for the thrill of adventure films or perhaps enjoy a  quiet chuckle whilst downing a box of popcorn, you are sure to find something that whets your inner film enthusiast’s appetite at this year’s festival.

Imagine for yourself charming French countrysides, melodic soundtracks and exquisite looking human beings that France just seems to produce in abundance. Add to your daydream the irresistible sound of French people conversing, and despite the fact that you are unlikely to have any idea what they are saying (sub-titles accompany every film screened), a trip to the festival becomes hard to resist.

Fellow festival-goer and university student Lauren was unsure what to expect from the experience, yet was pleasantly surprised.

“Given that I’d never been to a film festival before, let alone a French one, I was pretty apprehensive of what the event would be like,” Lauren says.

“I found it to be a welcoming and engaging atmosphere filled with people who are passionate about film and France, yet weren’t all speaking French. Their excitement was contagious … I’ll certainly be returning next year.”

A trip to the festival will not only add cultural capital to your profile and give you something different to talk about at the next awkward dinner with your partner’s parents. According to Trantoul, it will also open eyes to a world that exists outside of your own.

“I urge everyone to go and see foreign films. It is such an amazing opportunity to see what’s happening elsewhere, to get out of your way of seeing the world and change perspectives,” says Trantoul.

“Yes indeed, you may have to ‘work’ a bit more to read the sub-titles, but it’s always worth it. Not only in French cinema, but in all foreign films.”

So if the thought of watching yet another mind-numbing reality television program tonight leaves you feeling perplexed, a ticket to the French film festival could be just the cure.

You’re sure to leave the cinema with the realisation that in fact, behind the facade of croissants and berets, the French really aren’t all that different to us. Although the croissant sounds good as well.

The Alliance Francaise French Film Festival is in Melbourne from the 5th to the 23rd of March. You can check out session times and venues and purchase tickets here.

Jacinta Newbold is currently completing the 3rd year of her Bachelor of Journalism degree at La Trobe University and is the deputy editor of upstart magazine. You can follow her on Twitter here: @jacinta_newbold