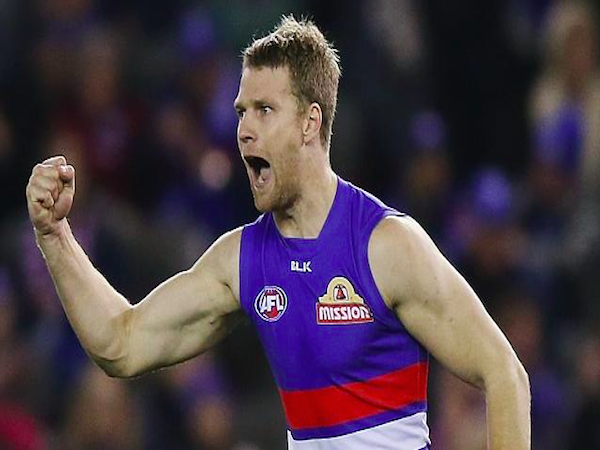 After the loss of their CEO, senior coach, and captain, many didn’t know what the expect from the Western Bulldogs this year.

But with an attacking flare under new coach, Luke Beveridge, the “Baby Bulldogs” are far exceeding everybody’s expectations.

After the retirement of club legends Terry Daniher and Simon Madden 22 years ago, Essendon built their next generation of young stars with Gavin Wanganeen, Joe Misiti, Michael Long, Dustin Fletcher and James Hird. All were under 21 at the time.

They were dubbed the “Baby Bombers” and after an impressive season, went on to with the 1993 Grand Final.

History could repeat itself this year for the Bulldogs.

In any other side, this inexperience at senior level may damage the team’s final chances.

However, the group play with confidence well beyond their years thanks to Beveridge’s fast, attacking, free-flowing game plans.

Beveridge’s game plan goes along with one single philosophy: perform consistently or prepare to be dropped.

Regular senior players, Will Minoson, Jackson Macrae and Stewart Crameri, have spent time in the VFL to regain form.

Crameri returned from his stint in the reserves to kick seven goals against Essendon.

“It didn’t really work out for him early, and for us and to his credit, he went back to VFL level and it took him a few weeks to be selected, and we’re seeing the fruits of him putting his head down and working hard right now,” Beveridge said.

This past weekend against Melbourne, the Dogs had 12 individual goal kickers.

Similar to Hawthorn, where Beveridge was assistant coach, the Bulldogs’ goal kicking is spread across the entire forward line.

Boyd hasn’t played at AFL level since round 16 and should he earn a senior recall, he won’t be relied upon to kick a large number of goals.

The side currently ranks first in the league in defence.

Beveridge’s game plan and philosophy has helped inspire confidence within the playing group.

With three games left before finals, they are primed for a premiership challenge, similar to the “Baby Bombers” of 1993.

The Dogs are currently in a battle with Sydney to place fourth on the ladder and secure a double chance in the finals. On paper, Sydney have an easier run home: GWS, St. Kilda and Gold Coast.

But the Dogs won’t give up without a fight. They play fellow top four contender, West Coast, and then North Melbourne and Brisbane.

If they win the next three games, the Dogs will finish fourth, potentially third. They will either head up to Perth to play Fremantle, or will tackle the Hawks at the MCG.

Win or lose in the opening week, the Dogs are guaranteed a home preliminary or semi-final at Etihad Stadium, should they make the double chance spot.

Etihad is typically a favourable ground for the Bulldogs, they have currently won eight of the last eight games at the venue.

Although inexperienced, the Western Bulldogs are proving that confidence does wonders for any AFL side. Come Grand Final day, the “Baby Bulldogs” could win the ultimate prize.

Ryan Rosendale is a Bachelor of Media and Communications student at La Trobe University. You can follow him on Twitter here: @RosendaleRyan.