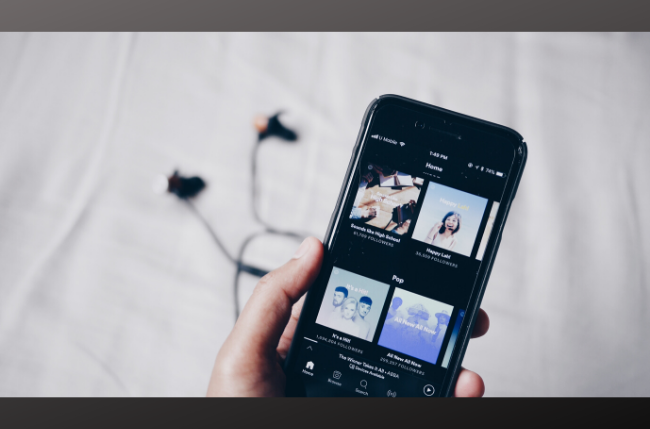 In 2019, an artist went from busking the streets of a small coastal town in Australia to performing on one of the biggest tonight shows in America. While it sounds improbable, this is no longer unusual in the streaming era.

Over the last few years there seems to have been an increasing number of Australian artists finding an international audience using online opportunities.

In 2018, Australian singer Toni Watson, who performs as Tones and I, was busking the streets of Melbourne and Byron Bay and signed to an independent label, Lemon Tree Records when she uploaded her track ‘Dance Monkey’ to Triple J’s unearthed website, an initiative giving independent Australian artists a platform to share their music. The station added her song to national airplay.

“I just thought maybe triple j would play my songs maybe once or twice and that was pretty much all I expected. I didn’t actually understand what was going to happen,” she told People.

Instead, the song exploded, and by 2019, she was performing on the biggest stage in Australian sport: the AFL Grand Final, and closed out the year performing on The Tonight Show Starring Jimmy Fallon.

However, it was on Spotify that the song went viral. ‘Dance Monkey’ hit number one on Spotify’s Global Top 200 chart in October, becoming the most streamed song worldwide at the time, around seven million times a day. It has been at the top of the charts ever since.

Tash Sultana is another Australian artist who has found international success by going online. In 2016, she went viral after posting several videos of herself playing live in her bedroom to YouTube. They received millions of views. Soon, Sultana signed to Lemon Tree Records and went on to sell out shows overseas.

This has become a familiar story. In 2006, Justin Bieber’s YouTube videos led to him being discovered by a talent manager and signed to a label. In the early 2000’s Arctic Monkeys handed out CDs at shows that were then uploaded to file sharing websites. A myspace fan page was also created. Their first album became the fastest selling debut album in British history in 2006.

Pre-internet, being signed to a record label was the be-all and end-all for aspiring musicians. Only record labels had the money and power to record, promote and distribute an artist’s music. A&R executives at labels were sent endless amounts of demos from bands wanting to be signed to a label.

Christine Hutchinson, who was a performer and booking agent during the 1990s, says self-promotion has changed too.

“Before the internet you just had to go around to all the clubs and pubs and give your little CD,” she told upstart.

As a performer, Hutchinson also moved from Melbourne to Sydney to be closer to her label and get the visibility she needed.

“Because then you are right under their nose, otherwise you get forgotten about unless you are right there all the time doing it.”

But this isn’t the only option anymore. While Triple J adding Tones and I’s song to national radio rotation was important, the internet has been a major factor in her rise to fame in other ways, particularly social media. Tones and I has 480,000 followers on Instagram, allowing for her to directly promote her music towards her fans.

Promoting yourself on social media can mean you can gain fans without having to use a record label. Using popular hashtags and uploading songs to Spotify, which has 248 million active monthly users,can get you thousands of followers without having to produce physical copies of your music.

One band taking this approach is Convenience Store. Operating out of their home studio in Melbourne’s east, the band released their debut single ‘Time to Enjoy’ in late August. They write, record, produce and promote their own music.

The song received 17,556 streams on Spotify within two months of being released. The single was being streamed 700 times a day in the week it was released. ‘Time to Enjoy’ was also added to algorithmic playlists such as Discover Weekly and Release Radar, these playlists help people discover new music based off their streaming habits.

Nick Baker, a guitarist for Convenience Store said that the band have also used Instagram and Facebook ads to promote their music.

“They were a little bit more effective than I assumed, but the main bulk of it has been us posting consistently with hashtags and stuff,” he told upstart.

He has also found that the band’s socials are growing slowly.

“Whenever there’s a release they grow quite a bit and obviously it is in an upwards trend but it’s a bit slow at the moment,” he said.

Who knows who the next artist will be to follow the meteoric rise of Tones and I.

Article: Daniel Foley is a first year Bachelor of Media and Communication (Sport Journalism) student at La Trobe University. You can follow him on Twitter @dfoley2600

Photo: Person holding iPhone 6 turned on by @Fimpli available HERE and used under a Creative Commons Attribution. The image has not been modified.