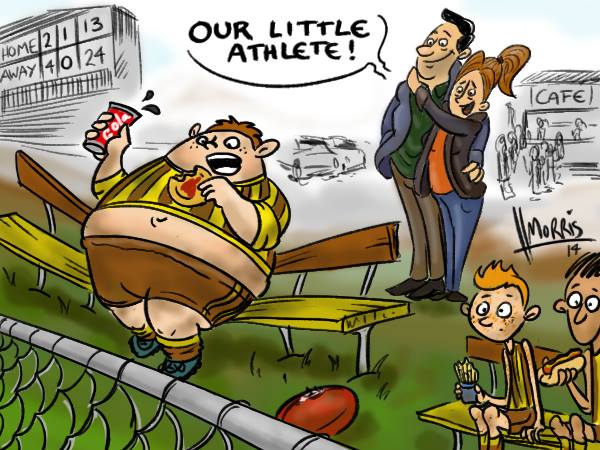 For many of us, junior sport was a regular part of our week. Come Saturday morning, we’d strap on those netball runners, football boots or soccer cleats and go exert some energy.

But what did we all do after the game? Looking back, chances are you’re remembering all those pies, soft drinks and chocolate bars from the canteen you scoffed down over the years.

Today’s kids are no different. They’re still playing sport, still exerting that built-up energy and still flocking to the canteen after the game. What is different, though, is the level of childhood obesity in Australia as opposed to when we were children.

According to the AIHW, the number of overweight children in Australia has doubled over recent years, with a quarter of our kids now considered overweight or obese. 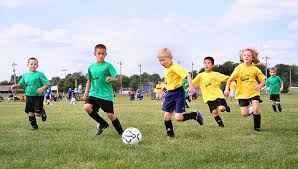 But if children are still running around the hallowed turf, why is the level of obesity in young people increasing?

The answer is that children today are gorging on those sugary, fatty foods more than we used to, in turn replacing the calories they just burned off and putting even more into their system.

Sports dietician Vanessa Drew, who has 15 years experience in the health and fitness industry, tells upstart: “They’re a lot more available [today] and advertised a lot more. Both of these factors play a role [in its consumption].”

Junk food companies sponsor many AFL teams, with the Carlton Football Club having Mars as a major partner. The West Coast Eagles utilise Coca Cola as an official partner and the Fremantle Football Club use Four ’n’ Twenty pies as a silver sponsor.

Surely this is where the problem lies. Today’s kids are being bombarded with advertising for junk food companies and even rewarded by fast food chains, making it impossible to escape the barrage. 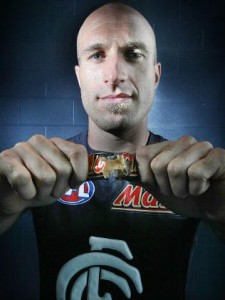 “Although these teams are sponsored by these companies, it doesn’t mean the athletes are endorsing them personally. It’s about educating kids that sponsorship doesn’t mean athletes eat the food,” says Drew.

An opinion poll conducted last year by Obesity Policy Coalition found that 69 per cent, or seven out of 10 Australian adults, felt that the sponsorship of sporting clubs via fast food companies should be banned completely.

So how can society break the bond between junk food and sports?

“It’s going to be a very tough one to break,” Drew says.

“It’s about educating players to make appropriate food choices. We don’t want to demonise bad foods as that makes them want it more. What we need to do is normalise them and teach kids to use bad foods in the right way.”

The lack of healthy choices at sporting venues and increased convenience of less nourishing options is also a factor as to why children are replacing their lost calories with unhealthy foods.

“We need to have an increased convenience level of everyday foods,” says Drew.

“Many companies are helping with this. Hello Fresh is a company that delivers fruit and veggies to your door so all you have to do is put them together.”

Combating the issue of childhood obesity is not an easy task and is something that will take time and commitment. However, limiting the high-fat, high-calorie and sugar-packed foods children scoff down after they play sport is a start.

Drew says that action needs to be a family choice.

“It absolutely starts with the parents. Kids learn about healthy eating from their parents, who need to be role models, especially in their early years,” she says.

“Parents need to provide high nutrient dense foods for their kids and make healthy eating part of their environment.”

It’s frightening to think that foods such as McDonalds, which have become a ritual after sporting matches, could be cancelling out all of the exercise children have just done.

Next time you play sport, have a think about what you’re putting into your body after the game and maybe give that cheeky cheeseburger a miss. If we’re expecting children to forgo ritual, surely we can as well.

Alice Piper is a third-year Bachelor of Journalism student and is the Fashion & Lifestyle Editor for upstart. Follow her on Twitter: @PiperAlice