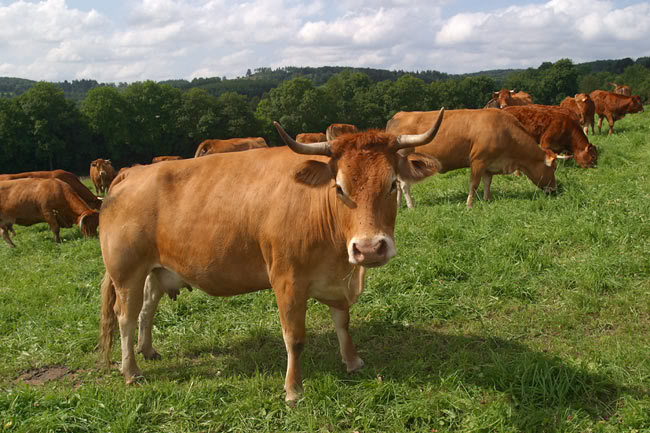 many of us, the choice to eat meat is something we don’t even think about.  In fact, in Western culture many of us are are raised believing it is our right to eat meat: a message drummed into Australians by advertising.

But according to the Vegetarian Resource Group, the decision to not eat meat and follow a vegetarian diet is increasing.  For many vegetarians, excluding meat from their diet is linked to animal rights and the negative impact of intensive farming methods on the environment.

But what if we could eat meat without killing animals and, at the same time, reduce the contribution of livestock production to global warming?  Well here’s some food for thought.

In vitro meat: an alternative to livestock-produced meat

Scientists are developing a technology to produce in vitro meat, that is meat grown in a laboratory.

Mark Post is a professor of Physiology at Maastricht University in the Netherlands and a member of the In Vitro Meat Consortium.  He is one of the team’s lead scientists developing the technology.

The process begins with stem cells from any animal but the In Vitro Meat Consortium has chosen pigs to develop the technology because they are readily available and are relatively inefficient in converting vegetable proteins (pig feed) into animal proteins (meat).

‘We take stem cells from pig skeletal muscle, expand them, let them differentiate into skeletal muscle cells, seed them onto a degradable carrier (to form mass) and then let them beef up by supplying passive tension and/or by triggering them to contract and develop force (the gym),’ says Post.

In vitro meat production provides an opportunity to reduce the carbon footprint of meat production, which is an inefficient and energy intensive process considering the amount of land, water, grain and grass required. It would also cut methane emissions by reducing the number of livestock bred for meat production.

Animal welfare would be improved with implementation of the technology as animals are not slaughtered but small herds of animals are used to harvest stem cells.

Supporters argue that in vitro meat production would also benefit human health.  Less livestock bred for meat production will reduce the number of animals, such as chicken, sheep and cattle, kept in close quarters, therefore reducing the number of infectious diseases emerging through transmission from animals to humans, such as swine flu and H5N1 avian flu.

So what impact will in vitro meat have on food choices?

Associate Professor Rachel Ankeny from the University of Adelaide is interested in food ethics and the relationship of science to food habits. Ankeny says people consider ethics when deciding whether to eat meat and whether to eat particular types of meat.

Ankeny expects many people will be concerned about the ‘non-naturalness’ of in vitro meat and possible unknown long-term risks to health and to the environment.

‘If I had to predict where opposition might lie, it would be similar to the concerns over genetically-modified organisms as well as some relating to the use of stem cells for these technologies,’ says Ankeny.

‘Australians are also likely to be concerned about how in vitro meat could adversely affect the future livelihoods of Australian farmers and the agricultural industry.’

Ankeny also says cultural significance of meat consumption in Australia is very strong and in vitro meat might well not fill the gap of the reasons beyond nutrition which relate to why at least some people eat meat.

According to Post, with sufficient resources, unstructured meat resembling minced meat will be available in 10 to 20 years and used for sausages and burgers.  Pieces of meat such as fillets are 20 to 30 years away being more difficult to produce because oxygen and nutrients need to penetrate into the tissue and the technology hasn’t developed blood vessels yet.

So in another ten years we will have a choice to eat meat that doesn’t come from a slaughtered animal and has a much smaller carbon footprint.  Until then, you will have to decide if you can eat meat produced from livestock with a clear conscience.