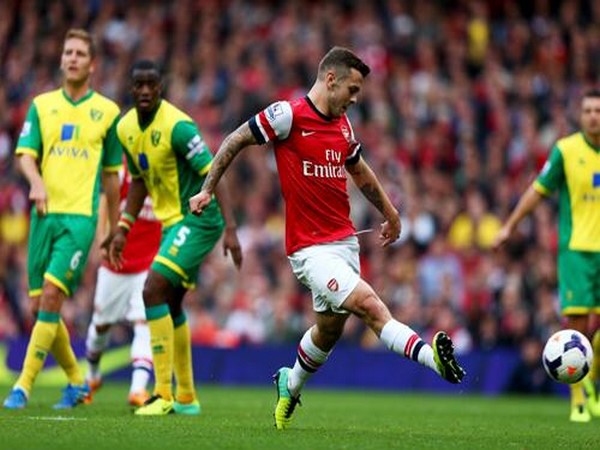 There were many highlights (and lowlights) from Europe this week, including the continuing malaise at Manchester United, a classic Fiorentina fightback against Juventus, and Arsenal’s long awaited return to its glory days.

Fiorentina put on a second half clinic

After going 2-0 down against Juventus, many would have forgiven Vincenzo Montella for switching his tactics to damage control. But he did the exact opposite – Fiorentina’s full-field press strangled the life out of Juve. A hat-trick to star forward Giuseppe Rossi then ensued with Joaquin grabbing one for himself to complete the incredible comeback.

Juventus was left ruing about what could have been. Carlos Tevez was deemed to have been fouled inside the area with half time approaching, and he easily converted from the penalty spot. Three minutes later Juventus doubled its lead as Paul Pogba capitalised on a comical mix up at the back, by the home side, to make it 2-0.

It seemed to take the life out of ‘La Viola’, until Matias Fernandez was fouled by Juventus’ wide-man Kwadwo Asamoah, and Rossi put the ball past Gigi Buffon.

While Fiorentina’s season is now back on track, the defeat poses some serious questions to the title winning credentials of the Bianconeri. Juventus sits in equal second spot in the current Serie A standings, trailing leader AS Roma by five points.

Norwich City visited the Emirates with scant hope of a result and Arsenal showed exactly why it’s so highly regarded. Post-match talk did not centre on the quality of the performance, but rather the ridiculous quality of Arsenal’s four goals.

Firstly, Jack Wilshere and Olivier Giroud exchanged side-footed flicks on the edge of the Norwich penalty area. It left no less than four defenders bewildered, before Wilshere slotted home to make it 1-0 to the hosts. It will certainly be a contender for goal of the season.

It was all merely academic after that. Mesut Ozil got on the scoresheet twice; once after a sublime pass by Giroud – who showed his creative side again – and then Aaron Ramsey producing an inch-perfect cutback for the German International to pass into an empty net. Ramsey also got on the scoresheet after a lovely solo effort, dribbling through a penalty area full of confused Norwich defenders. See all the goals here.

Perhaps comparisons with the Invincible side are still premature, but it will be hard for the long-suffering Arsenal faithful to keep a lid on things if their team keeps impressing like it has done so far.

Arsenal 4-1 Norwich: Jack Wilshere scored in successive #BPL matches for the 1st time. What a goal this was! #ARSNOR pic.twitter.com/18shCmAwXZ

Manchester United is in a state of despair and looks a shadow of its former self. Southampton managed to deny the champions the three points with a late equaliser by Adam Lallana.

Robin van Persie opened the scoring after Adnan Januzaj cut the Saints defence open with a majestic pass to Wayne Rooney. His shot was blocked by goalkeeper Artur Boruc, but van Persie was there to coolly dispatch past an outstretched Dejan Lovren.

No matter how hard it tried, United could not find the crucial second goal to kill the game off, as it has countless times before. Southampton’s solid defence has been near-impossible to break this season, having conceded the least amount of goals in the league.

Adding to its inability to create a goal in the dying stages, manager David Moyes made one of the more questionable decisions of his tenure. He substituted Rooney for central defender Chris Smalling. No less than two minutes later Southampton levelled.

There’s nothing like a negative substitution to tell your opponents you aren’t as scary as you once were.

Chris Hearn is a first year Bachelor of Journalism (Sport) student at La Trobe University. You can follow him on Twitter: @ChrisHearn08.