The F1's new safety 'halo' has much invited debate about safety v entertainment in the sport. 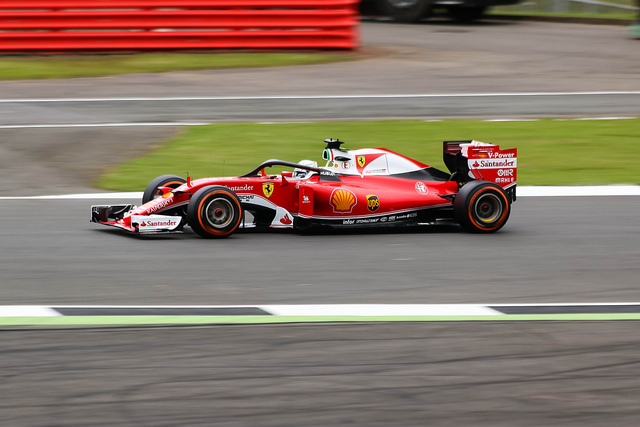 Formula One, by nature, is a dangerous sport. A car with an open cockpit and fully exposed wheels that can exceed 360km/h is a scary enough prospect for most people. Add 20 or so other cars all battling for track position, and it’s a disaster waiting to happen—on paper, anyway.

But this is rarely the case. Thanks to the skill of the drivers, stringent modern safety standards and a healthy dose of luck, only one F1 driver has been lost to a racing accident since 1994.

But Formula One isn’t the only open-wheel racing series in the world, and drivers in Formula Two, IndyCar and other similar race car classes haven’t been so lucky.

British drivers Henry Surtees and Justin Wilson were killed in 2009 and 2015 respectively after being struck by large debris which entered their cockpits from other crashed cars.

After these incidents and numerous close calls, the International Automobile Federation (FIA) decided to take steps to prevent any more accidents.

Their solution: the ‘halo’. It is a reinforced titanium structure that sits above and in front of the cockpit, supported by a vertical pylon directly ahead of the driver.

A formal FIA statement was released informing drivers and fans of the selection of a new device which would be made mandatory in Formula One from the 2018 season after unanimous decisions by the Grand Prix Drivers’ Association.

“Having developed and evaluated a large number of devices over the past five years, it had become clear that the Halo presents the best overall safety performance,” the statement said.

The decision was widely criticised in Formula One circles, leading the FIA’s F1 Director Charlie Whiting and Safety Director Laurent Mekies to give a presentation answering questions and dispelling myths about the halo.

Whiting and Mekies showed footage of the device deflecting tyres launched at high speed, detailed other proposed devices that were ruled out and explained how the halo could’ve been beneficial in past incidents, such as those that claimed the lives of Surtees and Wilson.

Despite the FIA and experts presenting their case to support the device, there are those, from fan to driver, who see it as a blight on Formula One.

Many have focused on the device’s looks, including fans who have taken to social media and motorsport websites to voice their complaints. One Motorsport.com reader made fun of the shoe-like shape and hoped that F1 authorities would “come up with something better and less jarring to look at”.

Some drivers agreed. Haas F1 Team driver Kevin Magnussen described the halo as ugly during a press conference at the 2017 Hungarian Grand Prix, adding that it detracts from Formula One’s trademark beauty and glamour.

Mercedes team principal Toto Wolff, speaking at the launch of his team’s 2018 car at Silverstone Circuit, said he would take it off with a chainsaw if given the chance.

Two-time World Champion Fernando Alonso agreed with others’ remarks on its appearance but told Sky Sports in February that he believed the device’s safety potential should not be up for debate. 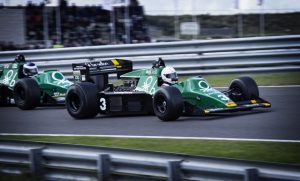 The pre-halo F1 set-up. Photo by Chris Peeters from Pexels

Others believe the risk-taking is an essential elemtn of the sport.

“How can you admire a F1 driver who is glad to take the money, but at the condition that he takes no risks?” a Motorsport.com reader said in February.

Benjamin Rhodes, a driver in the junior Formula Vee category, also believes that the ever-present risk is part of open-wheel racing’s character and challenge.

“I recognise that there’s a danger every time I jump in the seat, and that’s part of what makes what I do fun and exhilarating,” he told upstart.

For Rhodes, the inherent danger of Formula One is what has lured many fans to the sport, and that the increased measures in recent and future years could be driving them away.

“The halo’s making it too safe,” he said.

“Everyone likes to watch F1 because of how dangerous it is,” he told upstart.

The device’s first real-world test came in a Formula Two race in May. Japanese driver Tadasuke Makino collided with the wheels of another car, which launched up and on top of Makino’s cockpit. Neither driver was injured, but the tire marks left on Makino’s halo painted a picture of a worst-case scenario.

Makino told Motorsport.com he believed the halo saved his life.

“I don’t know what happened, but without the halo I think the tyre would have hit my helmet,” he said.

Rhodes believes the incident strengthened the halo’s case, but he still had doubts about its overall safety impact.

“I’d like to see someone try and get out of a Formula One car within 15 seconds while it’s on its side with the halo there,” he said.

“I don’t support it. I believe open-wheelers should be open-everything, including open-cockpit.”

Matthew Dunlop is a first-year Media and Communications (Sports Journalism) student. You can follow him on Twitter @mattdunlopmedia