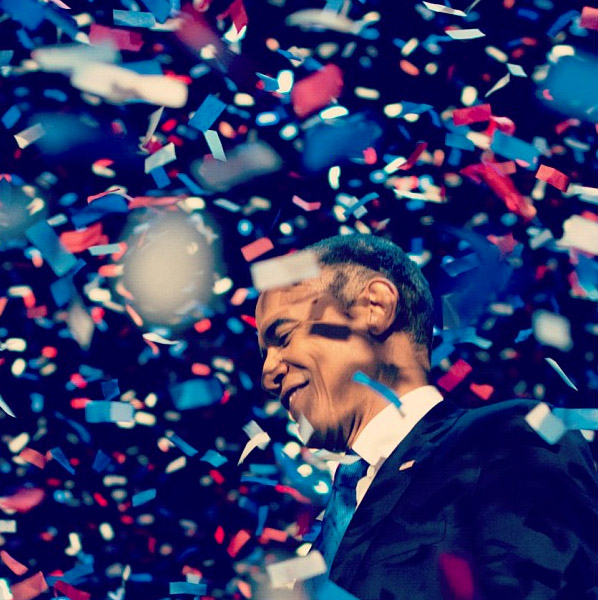 Colbert, chronic, crooked statistics, Chris Christie and chicken sandwiches: the 2012 presidential campaign certainly covered a wide variety of categories in the race to the White House.

A race that, relying on little more than a fleeting glance at the results, left the United States in much the same position as they were prior to taking to the polls. Barack Obama is still the President of the United States, his fellow Democrats still control the Senate and the Republicans maintained their tenancy as a majority in House of Representatives. 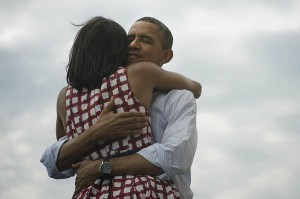 Four more years: President Obama tweeted this photo last night as the major networks called that he was to carry key state Ohio.

On the surface, the status quo reigned. However, in reality, such a statement couldn’t be further from the truth.

The clear jumping off point in any such discussion is the ascension of seven-term Wisconsin congressional representative Tammy Baldwin to the US Senate. Not only is Baldwin the first Wisconsin woman to achieve such a feat, she is also the first openly gay politician to be elected to the Senate.

And, rather than being a one-off success, something that could be dismissed as a voting anomaly, Baldwin was one of 118 gay and lesbian candidates that emerged victorious on Tuesday evening. The LGBT community has been a prominent point of discussion throughout the campaign, be it their representation in government or the push for equal rights.  And so this election can be seen as a tremendous step forward on both counts.

Elsewhere, traditional voting lines changed. Democrats are set – though the official announcement is still pending – to claim success in the traditionally Republican heart land of Florida in consecutive elections; a feat not achieved in nearly seven decades. Similar back-to-back triumphs are seen in Nevada, Colorado and Virginia. Such unprecedented results could be indicative of a growing change in American politics, moving from a purely party-dominated structure to a more candidate specific approach. Or, as is the case in Florida, a changing socio-economic environment can be attributed to the changes.

But, the greatest change that can be seen as a result of the election is the decision of the American people to return Barack Obama to the White House.

The historic impact of Obama’s appointment to the highest office in the land in 2008 no longer needs explanation. Yet, despite the groundbreaking achievement of four years ago, if Obama had been bundled out of office after a less than impressive opening term the danger existed that his legacy could have been little more than the answer to a trivia question in a few decades time.

In many ways, the proverbial stars aligned for an Obama triumph in 2008. The eight-year Bush presidency left a country disillusioned; be it as a result of two increasingly costly wars that were becoming the sort of military quagmire not seen since Vietnam, a slowing economy that served as a precursor to the fiscal disaster on the horizon and an ever-increasing notion that the political scene was an exclusive club with rather stringent membership guidelines – rich, white, male and elite. Obama’s war cry of change inspired and united a nation, one that was searching for the light at the end of the proverbial tunnel.

Yet, if the deck was stacked in Obama’s favour four years ago, the opposite was true this time around. As it has been so relentless pointed out by talking head pundits across the cable news scope, this is a nation divided. As is the case in the opening moments of generation change, a clash between the very philosophical ideals that govern the lives of its people are changing. The gulf in narrative between the competing parties during the campaign in regards to social issues is indicative of such a statement.

With the nation trapped in such intense internal animosity, this election would have seemed the perfect time to revert to old ways. Old ways forged in now outdated schools of thought that kept minorities out of positions of power for decades.

Yet, rather than going taking a step back, the American people adhered the aptly-titled Obama campaign slogan, forward.

Further, the events of the past week give hope to the notion that perhaps the political system is ready to do the same.

New Jersey Governor Chris Christie – a notorious Obama critic – turned to the President during his state’s hour of need, demonstrating the sort of bipartisan relationship that was so painfully absent from the previous four years, and one that will be needed to get the country back on track.

Combined with the statement from House Speaker John Boehner, a staunch Republican and presidential sparring partner, saying that a bipartisan approach is the way in which the United States has to move forward, rather than continuing down a path of petty party bickering.

Even Obama himself hinted at such a change, openly stating in his victory speech in the early hours of Wednesday morning that he plans to work with Mitt Romney in the coming weeks to create the best path for the country to follow into the future.

It may have come four years late, but Obama has inspired the sort of change Americans can believe in.

Liam Quinn is a second-year Bachelor of Journalism student at La Trobe University, who is currently on exchange at Michigan State University.  He has been covering the US elections for upstart.  You can follow him on Twitter: @liamquinn23