It is the biggest loss of officers' lives in a single incident, in Victoria's history. 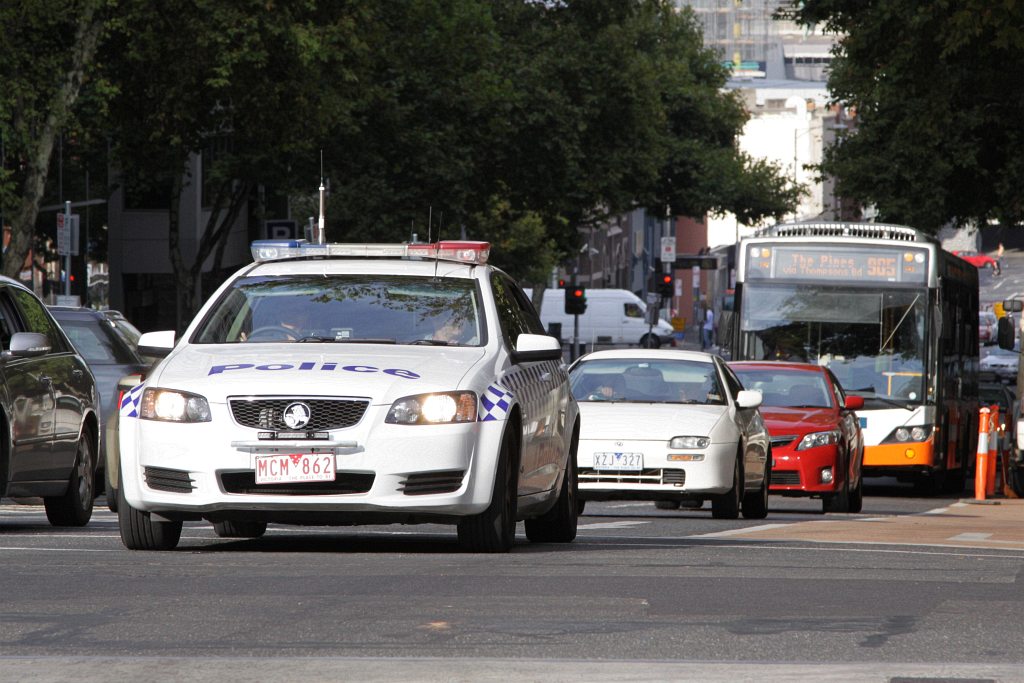 A man erratically driving a Porsche 911 had been pulled over before a truck fatally collided with the officers.

Chief Commissioner Graham Ashton said this morning that the Porsche driver has since posted images on Facebook of the incident, after fleeing the scene on foot.

“We are talking to Facebook this morning about removing them,” he said.

He has urged members of the public not to share these images.

Investigators have now made contact with the Porsche driver who is known to police as someone with “an extensive criminal history”.

Two officers had intercepted the driver who was reportedly traveling at 140km/h before drug testing the driver and calling on two additional highway patrol officers to assist.

Ashton confirmed that the Porsche driver tested positive to “some sort of drug” at the scene.

He said that the officers were preparing to impound the Porsche before a refrigerated meat poultry truck traveling at 100 km/h, hit the officer’s from behind, sending them across freeway lanes and into the median nature strip.

The truck driver was taken to hospital with non-life threatening injuries. Ashton said the driver suffered a medical episode which involved him “blacking out” and that he will be tested for the presence of drugs and alcohol as part of the investigation.

“We don’t know at this stage what has caused him to drive that truck into our police members,” he said.

The Homicide Squad and Major Collisions Investigation Unit are investigating the incident and police have executed a search warrant at the truck driver’s property. They hope to interview him today.

Victorian Premiere Daniel Andrews, released a statement saying that the officers were “heroes” whose deaths will be felt by all of Victoria.

Awful, heart-breaking news that four police officers have been killed while on duty in Melbourne tonight. my deepest sympathies go out to their families, fellow officers and friends at this terrible time,” he said on Twitter.

Ashton said it was a “very tragic night” for Victoria Police and an unprecedented event for Victorians.

“The whole force is reeling this morning from what has occurred last night,” he said.

“It’s a reminder for the dangers of the work police do everyday.”

Photo: Victoria Police squad car on Lonsdale Street, Melbourne By Marcus Wong available HERE and used under a Creative Commons Attribution. The image has not been modified.