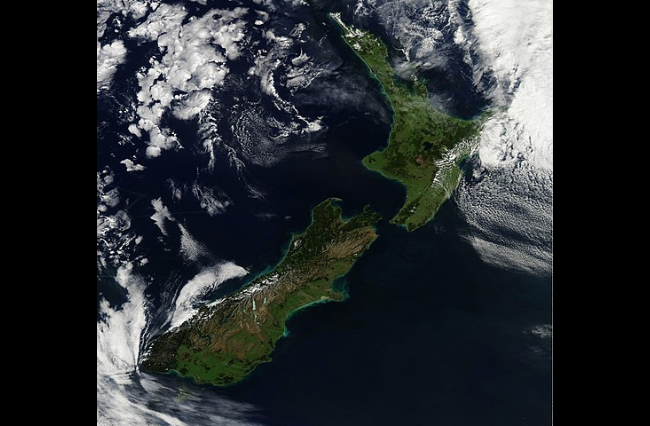 Residents of New Zealand’s North Island are continuing to evacuate to higher ground after a fourth earthquake has hit in the last hour, this time with a magnitude of 6.5.

Locals had already been on the move after authorities issued tsunami warnings following three strong earthquakes hit earlier this morning.

What the #tsunami sirens sound like in #newzealand 🔊pic.twitter.com/HgNEMH5N7c

Tsunami warnings from authorites extended as far as Hawaii, which is more than 7,500km away.

Residents of American Samoa (Utulei) were captured on video evacuating to higher grounds earlier this morning.

At this point, there have been no reported fatalities or injuries, and no buildings appear to have been damaged.

Photo: NASA image by NASA Goddard Space Flight Center available HERE and used under a Creative Commons Attribution. The image has not been modified.