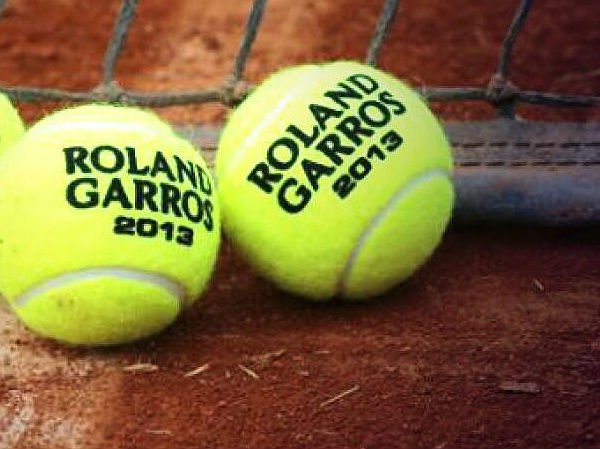 At this time of the year there is only ever one word on the lips of everyone in the tennis world: Rafa.

The man who has won more French Open titles than anyone in history will be aiming for an eighth Roland Garros crown next week, and once again the tournament looks to be at his mercy.

After missing the latter half of 2012 and this year’s Australian Open, Nadal is back in a big way and aiming to defend his French Open title at a place where he holds the commanding record of 52-1. The record is even more imposing when you take into account that Nadal made his debut at Roland Garros as an 18 year old. In his eight appearances “The King of Clay” has only dropped a total of 14 sets and been extended to five sets once.

Since returning to the circuit in February, Nadal has made the final in all eight tournaments he has entered, winning six, including last week’s 6-1 6-3 demolition of Roger Federer in the Rome Masters, taking his career total to 56, 41 of which are on clay.

With that victory it elevated Nadal back to world number four and clinching him the all important fourth seed for the tournament, meaning he won’t meet any of the other ‘big four’ until at least the semi-finals, a giant sigh of relief for them no doubt.

With the only man to have beaten him in Paris still out on the sidelines, Robin Soderling, Rafa is still the Everest to the rest of the challengers.

The rest of the big four

The likely contenders to Nadal’s crown are Djokovic and Federer.

Novak Djokovic is the main and only real threat to Nadal’s reign. The world number one beat him in straight sets in the final of the Monte Carlo Masters last month. Djokovic has the game to be dangerous on any surface and is certainly the key contender.

Roger Federer may still be reeling after his crushing loss to Nadal last week, but the fact he made the final shows his form is still good enough. No doubt Federer will still be around when the whips are cracking in the second week of the tournament, but I don’t see him having enough firepower on clay to topple the king.

David Ferrer has enjoyed another stellar start to 2013 already wining two titles. Ferrer held the honour for a few weeks being Spain’s highest ranked player as Nadal came back from injury. Ferrer has pushed Rafa to three sets on the last two occasions but the 19-4 record against him doesn’t read well.

On his day, Tomas Berdych can beat anyone, anywhere. He proved just last week against Novak Djokovic. Trailing a set and 5-2, Berdych recovered to pull off an almighty win and stun the world number one. Berdych has only made the semi-final stage once in Paris but 2013 could be his year.

With such a plethora of players inside the top 100, the French really are spoilt for choice when supporting their heroes at their home grand slam. The French will have no less than six players seeded and that doesn’t include fan favourite Gael Monfils who has been granted a wild-card into the main draw.

The home crowd will be pinning their hopes on world number eight and nine respectively Jo-Wilfred Tsonga and Richard Gasquet. Both have been quarter finalists at Roland Garros before and there is no reason why they won’t be again this year, I just don’t see them getting any further than that.

You have to go all the way back to 1969 when the great Rod Laver defeated Ken Rosewall in all Aussie affair to see our last representation in a men’s final at Roland Garros. That won’t change this year. We will be represented by Bernard Tomic, who since the Australian summer has a win loss record of 5-8 and dropped to 59 in the world rankings. Also flying the flag will be Marinko Matosevic, Lleyton Hewitt and wild card Nick Kyrgios, sadly it will only be for the first few days as I don’t see any of these players progressing past the second round.

I am going to go out on a limb and say Rafael Nadal will defeat Novak Djokovic in the final in a very similar contest to the 2012 final.

Ryan Lepore is a third-year Bachelor of Sport Journalism student at La Trobe University. You can follow him on Twitter at @ryanlepore