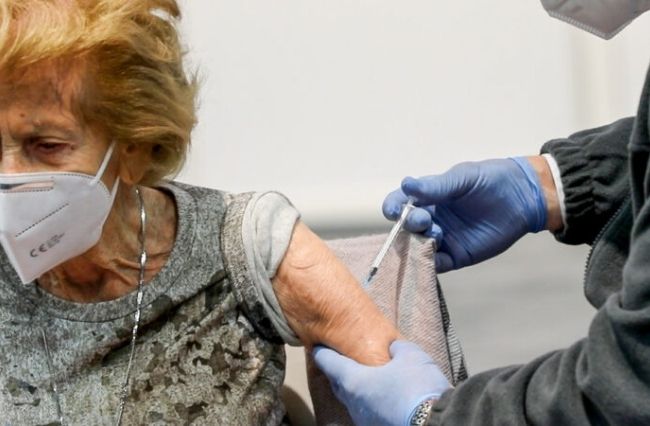 A major French study has shown that vaccination is highly effective in reducing severity of COVID-19 cases in older people, including the Delta variant.

The research published on Monday that looked at 22.6 million people over 50 years old showed that those who received their jabs were 90 percent less likely to be hospitalised or die. The focus of the study was the prevention of COVID-19 complications and death, not infections.

“This means that those who are vaccinated are nine times less at risk of being hospitalised or dying from Covid-19 than those who have not been vaccinated,” he told Agence France-Presse.

French researchers confirmed their results corresponded with that of the US, the UK and Israel but highlighted it is the largest study of its kind to date.

According to Epi-Phare, an independent medicines safety research group working closely with the French government, a vaccinated subjects’ risk of severe COVID-19 was reduced by 90 percent, starting 14 days after the second dosage.

The study covers immunisation with AstraZeneca, Pfizer/BioNTech or Moderna vaccines but not Jannsen which was approved much later and is significantly less common in France.

For now, the authors estimate that “no evidence points to a loss of immunization that supports the need for a third dose of the vaccine for the entire population.”

The findings also suggest that vaccination protection against severe COVID-19 did not wear off throughout the course of research which lasted up to five months.

The “main public health objective,” according to Zureik, is to avoid the most serious infections. “An epidemic without deadly diseases is no longer an epidemic,” he said.

The report concludes: “All the vaccines [studied] against COVID-19 are highly effective and have a major effect on the reductions of serious forms of COVID-19 among people aged 50 years and older living at the current time in France. The continuing research by Epi-Phare will allow us to measure the evolution of this effectiveness over a longer period and better establish the effects on the Delta variant.”

Photo: A World Divided: Global Vaccine Trade and Production by WITA available HERE and used under a Creative Commons Attribution. The image has been resized.