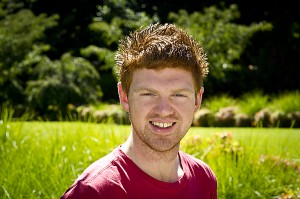 Dale Thomas was arguably the AFL’s most improved player in 2010.

The Collingwood cult figure went from an inconsistent small forward to an exciting, nuggetty midfielder with an enormous aerobic capacity. After averaging 15.7 disposals per game in his first four years at the club, he averaged 24 in 2010 — a massive improvement in the space of 12 months.

Thomas has transformed into a genuine star of the game and the Pies would hate to lose a player of his calibre. At 23, he will only improve as a player and will help the club grow to even greater heights — both on and off the field.

But Thomas’ future at Collingwood is in grave danger.

Greater Western Sydney – the AFL’s newest team– is set to offer a deal he will find extremely difficult to refuse. It’s understood the Giants will tempt him with a six-year contract, reportedly worth double of what he might be currently earning at Collingwood.

If Thomas signs, it’s a win for both him and the Giants. Like girls and makeup, the two parties go hand-in-hand. They are a perfect couple.

Not only is he a star player, he is also star marketing material — particularly when it comes to encouraging kids. The evidence is in his successful promotion of the AFL’s Auskick program over the past few years.

Ask any young Pies fan – or any neutral young fan for that matter – who their favourite Collingwood player is at the moment and a large portion will respond with Thomas’ name .The amount of young Pies supporters walking around Etihad Stadium with number 13 on their backs on Saturday was incredible.

Now imagine him on a massive billboard in Central Station in Sydney. He’s dressed in an orange, teal and white Giants jumper. His arms are crossed and his facial expression is reminiscent of a more serious ‘Blue Steel’ look from Zoolander. It has got merit.

GWS already has an incredibly difficult task to build a successful franchise in a Rugby League heartland. But someone with Thomas’ looks and persona would be of great benefit to both the AFL and the Giants from a publicity viewpoint. His blonde locks, bright blue eyes and bubbly personality would be an ideal asset in the Giants’ quest to spread the AFL gospel — especially to kids.

But what about the grown-ups? How does Thomas appeal to them?

Some doubt his pretty boy looks would appeal to the blue-collar Western Sydney stereotype. But if you watch him go to work on the footy field, his fierce and workmanlike approach to the game would certainly attract interest.

Thomas’ game against Port Adelaide on the weekend seemed to get lost amongst some other outstanding individual performances from teammates Dane Swan and Ben Johnson. He may not have been the best man on the ground, but he was just as eye-catching.

If you were at the ground, it was hard not to notice Thomas’ tenacious attack on the ball, ferocious tackling and vigorous sprinting to space on the wing in order to provide an option for rebounding defenders to kick to. He did that all with respected yet relentless tagger Kane Cornes following his every footstep.

Thomas is a flexible man. On the field he can play as a half-forward, on the wing, in the guts, or even off a half-back if necessary. Off the field, he gets people of all ages talking whether you love him or hate him. Pies supporters love him, non-Pies supporters wish they loved him.

Due to its incredibly strong financial position, Collingwood normally receives most things it asks for, such as home games at the MCG, maximum exposure through free-to-air coverage and jumper priority when it plays North Melbourne. The club deserves it too because it has worked incredibly hard to get to its current state.

The Pies recently secured Dane Swan’s services until the end of the 2014 season, putting an end to any chance he would join the Giants next season. Fellow star midfielder Scott Pendlebury is another player who comes out of contract at the end of this season. But with the club’s captaincy almost certainly his when current captain Nick Maxwell leaves the game in a few years time, Collingwood is likely to retain the 2010 Norm Smith medalist.

Will he go? At the moment the pros outweigh the cons.

Like Gary Ablett at Geelong, Thomas has already achieved the ultimate success at Collingwood — a premiership. What else has he got to achieve with the club?

If he signs with the Giants, Thomas would start a brand new journey. The array of opportunities and challenges ahead of him would be endless. He could even be the club’s first captain. Imagine the satisfaction if he led a team of beginners in 2011 to a premiership in 2016.

Oh, and a lot of money is involved too.

However Thomas’ love for Collingwood and strong connections to family and friends in his hometown of Drouin is well known. It would be a massive decision for him to move north and start a new life, especially at such a young age.

But until he puts to pen to paper, Thomas will be 2011’s Ablett. His team will continue to win games, but his future will be constantly speculated throughout the entire season.

If he stays put, bravo Collingwood. If he goes, it’s a match made in heaven.