What type of funding is the government providing for students with a disability in 2018? 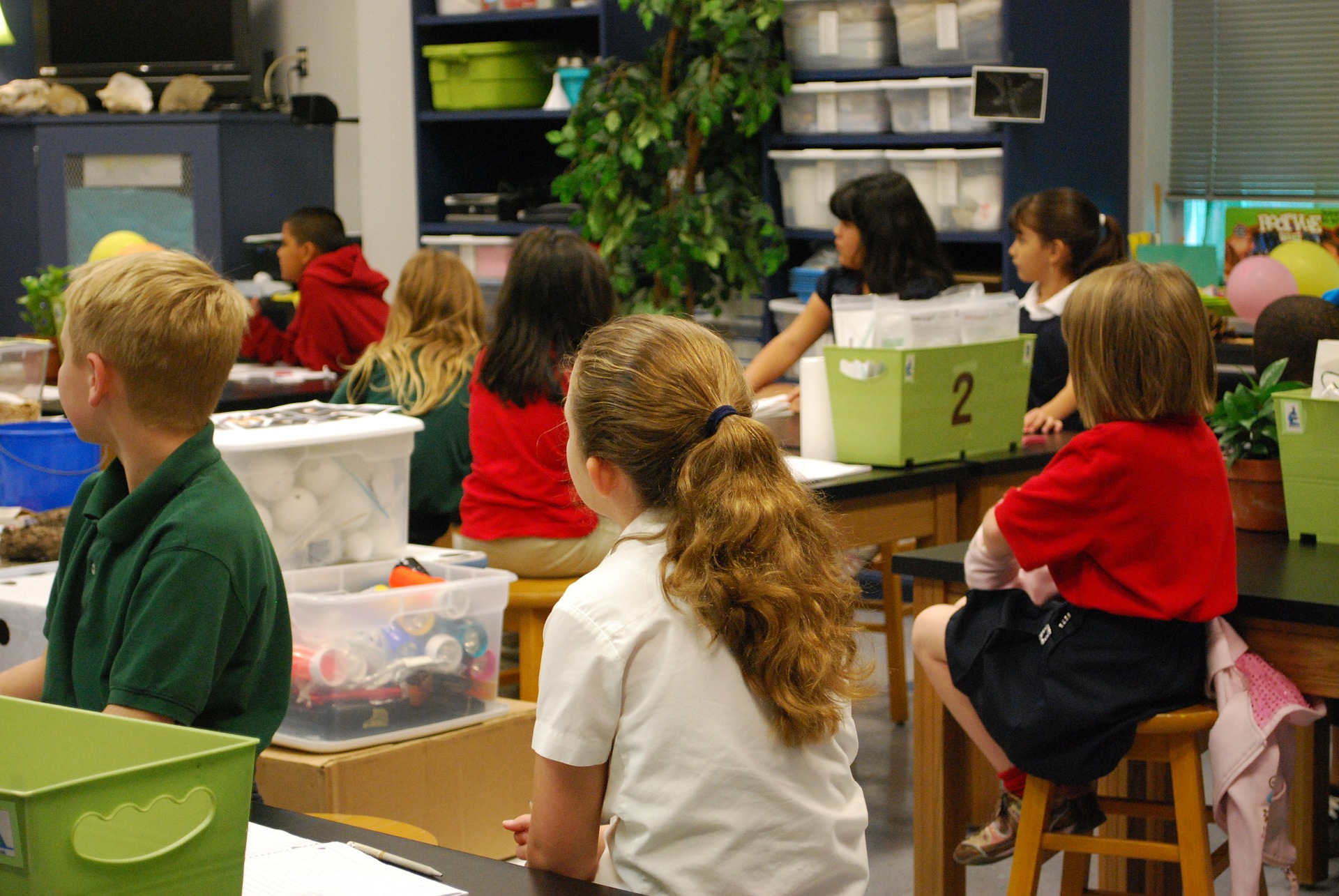 Proud parents Greg and Angela Mitchell believe that their son – who has down syndrome – deserves the chance to attend mainstream schools.  Like many others, they believe integration is vital for both their child and for society.

However, one thing that can stand in the way for the many student with a disability is how much government funding they, and the schools they attend, receive.

There is a complex system of funding in place to help them meet their educational needs.

The current funding system is a flat rate for all students with a disability, regardless of the level of their disability. That system is a needs-based funding model which involves the School Resource Standard (SRS). However, each state and territory has a different program in place for how a student with a disability receives their funding – meaning you may not receive funding depending on which state you live in.

But this isn’t what has caused the Australian Education Union (AEU) to aggressively kick-start their ‘FairFundingNow!’ campaign earlier this year.

It was because, according to the AEU, the Federal Government has cut $1.9 billion in Commonwealth funding to public schools for 2018/19. (These figures were obtained by the AEU from the Federal Department of Education using Freedom of Information laws.)

The AEU are underlining that the Federal Government will fund private (non-government) schools to 80 per cent of the school’s SRS, whilst capping public (government) spending at 20 per cent of what they need to reach the SRS – where over 360 special schools are based.

Briley Duncan, the Vice-President of the Primary Sector for the AEU, highlighted the severity of the cuts by pointing to figures raised from their annual State of our Schools survey.

“The result of that will see Catholic and independent schools over and above that SRS and it will mean 87 per cent of public schools not reaching it by 2023,” she told upstart.

“It’s very concerning and it’s something that when people do see the facts and the figures they say, ‘hang on that’s not right, how can that be happening?’”

Ms Duncan also revealed how many students the cuts will affect.

“Seventy-five per cent of students with a disability attend government schools,” she said.

“We’ve done national surveys of our principals, and 87 per cent [of them] say that they have had to move parts of their budget around to assist students with a disability.

“Ninety per cent of principals report having students with a disability at their school and that they don’t have the resources to meet their needs.”

“We want to see a reversal of the $1.9 billion funding cuts and we want to see all schools in every sector resourced to at least 100 per cent of the School Resource Standard,” she said.

“We want to see upgrades in classrooms and facilities, we want a capital fund that will do that because currently the commonwealth doesn’t invest any money into infrastructure in public schools but they do in the other sectors.”

The story so far

In 2010 under the Gillard Government, Dr David Gonski was asked to review the education funding system.

The outcome was to finance a needs-based funding model for students, so each student would be supported based on their level of needs. This is more commonly known as the School Resource Standard (SRS).

The SRS is an estimate of how much total public funding a school needs to meet the educational needs of its students, as recommended by the 2011 Gonski Review

However, in 2014 the Abbott Government dismantled the ‘Gonski proposal’ eventually leading to backlash from the Opposition and many in the education system – creating the ‘Give a Gonski’ campaign.

To then calm the storm, current Prime Minister Malcolm Turnbull announced before last year’s federal budget a new Gonski review, committing $23 billion over the next decade to education across Australia.

May 21 marked the one-year anniversary of the Turnbull Government’s decision to implement the now titled ‘Gonski 2.0 reforms’ – focusing on the improvement of educational practices and school performances.

But what does this have to do with funding to disability students and the schools that they attend?

Last year, Education Minister Simon Birmingham said the number of students eligible for funding would increase from 212,000 to 470,000 in line with the results from the annual school census, the Nationally Consistent Collection of Data (NCCD).

Although Ms Duncan believes that the doubling of students eligible for funding was good news, the overall funding increased ever so slightly due to not meeting the needs of growth.

“The federal government acknowledged the number of students with a disability was greater than previously funded – increasing more than 120 per cent – but its overall funding only increased by 6.2 per cent,” she said.

“The students in special schools are getting more and more disadvantaged, because the additional commonwealth funding that’s coming in is nowhere near meeting the needs of growth.

“Regardless, the pie isn’t big enough, so no matter how you assess it, there is still too many students who need additional support and not enough funding to support them.”

What funding do the state governments provide?

The Victorian Government introduced the ‘Inclusive Education for Students with Disabilities’ program in the Victorian 2018/19 budget.

This includes investing $288 million to support the education of students with a disability, and $65.5 million for student health and wellbeing reforms.

A further $55.6 million will go towards planning and upgrading 15 special schools across Victoria.

The coastal city of Warrnambool in Victoria’s south-west, is home to just one special development school (SDS).

Warrnambool SDS principal, Robert Dowell explained the dire situation his school was in before a special personal phone call from state Minister of Education, James Merlino.

“About six years ago we realised we were going to run out of room.

“Labor won the last (state) election and initially gave us funding of $5 million which we used to purchase the property and pay for planning.

“We missed out on funding in last year’s budget but at the end of last year in December, James Merlino, rang me personally to say that $14.6 million had been approved, and the construction has now commenced.”

The lengthy journey the Warrnambool school went to secure funding screams of a better focus from the federal government.

However, Mr Dowell highlighted the importance of the state government’s funding the public education system.

“I think the state government has a responsibility for the governing of schools, the funding source is okay it’s always the level of funding you’re always needing more but we’re pretty well funded.

“The state government has put a lot of money into government education and we’re appreciative of that.”

The Warrnambool SDS principal noted that the acquisition of almost $15 million doesn’t cover the cost of furniture or play equipment, which is left for them to self-fundraise.

“What’s going to be paid for is the new school, but play equipment is not funded and furniture isn’t funded – there’s still a number of things we have to raise money for,” Mr Dowell said.

“Things like play equipment is never funded from the department, and we always knew that.”

Funding for all disability students

Although special development schools across the nation provide an education for students with disabilities, secondary schools also play a substantial role.

For Greg and Angela Mitchell, whose son attended the government secondary school, Wangaratta High. They believe that students with a disability deserve the chance to attend such schools and be funded by the government.

“Integration into mainstream schools is essential in our society for many reasons and must be funded in our opinion, specialist schools have a major role too, depend[ing] on the individual,” Greg told upstart.

“Some schools and senior staff we have found don’t have that commitment, and seem to have a subliminal philosophy that it is a waste of time and resources and that specialist schools should fill the void.

“We oppose this philosophy categorically.”

“This varies depending on whether you are talking funded or non-funded students,” she told upstart.

“There are students who are eligible for aide support and others where we make curriculum adjustment.”

Ms O’Hare also raised the ordeal that some students will traverse just to be allocated additional support.

“Yes, it is quite onerous and difficult to obtain [and] they have to go through a series of assessments,” she said.

“If they meet the criteria for any one of the identified disabilities, they are awarded a level of funding [which] the funding of staffing and other costs come from this.”

The Australian Education Union still wants to see the reversal of the funding cuts to disability schools in five states and territories and a capital fund set up for all public schools.

They’ve continued their FairFundingNow! campaign with public rallies across Victoria recently which has gained plenty of support from the community – something Ms Duncan is thrilled to see.

“What’s really pleasing is that most of the supporters for the campaign are community members, so it’s not necessary our members its parents and carers,” she said.

“It’s mainly the community who want to help us promote it and talk about it, they’re the ones who can clearly see that it’s not fair.”