Often wrongly dismissed as mere decorations in the landscape, fungi play a crucial role in the functioning of nearly all ecosystems, writes Luke Karlik. 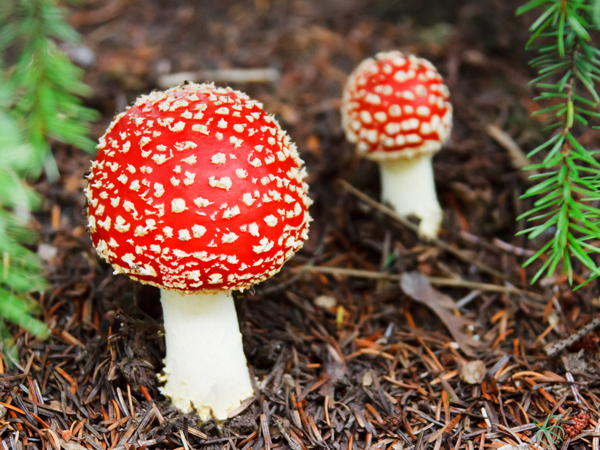 One often needs to understand something in order to fully appreciate it, and that notion certainly applies to the curious case of fungi.

Generally thought to be little more than striking decorations, fungi actually play a crucial role in connecting terrestrial ecosystems as well as marine and freshwater systems.

Alison Pouliot – an ecologist and environmental photographer whose PhD research has looked at how fungi are perceived and understood – says their importance as recyclers is overshadowed by producers (plants) and consumers (animals).

“When many people hear the word fungi, they think of mushrooms, but this is just the reproductive part of the fungus, a bit like the flower of a plant,” she tells upstart.

“However, the growing and feeding part of a fungus exists as a matrix of interconnecting mycelium within soils, leaf litter, wood and other substrates.” 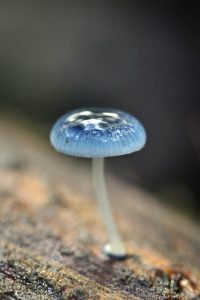 Fungi also break down large organic molecules into simpler forms, building soils through pedogenesis. This process facilitates the cycling and governing of energy flows through ecosystems, regulating resources for subterranean and above-ground organisms.

“While the capacity of fungi to rot (i.e. recycle) wood is typically viewed negatively, it is a vital part of natural ecosystems processes and also provides habitats for the great suite of animals that utilise cavities in wood,” Pouliot says.

“Without recyclers, nutrients would remain locked up in wood and be unavailable to plants.”

While fungi’s complexity may seem the most likely reason for their arcane existence, Pouliot says there is a relatively simple explanation for why they often go unnoticed.

“The role of fungi is also probably underestimated simply because fungi elude human scales of vision. Firstly because fungal hyphae are incredibly fine, and secondly because they are mostly hidden within substrates. Things that are largely invisible are not within our consciousness and hence are often overlooked.”

English-speaking nations are particularly synonymous with being mycophobic, largely due to the organisms bearing unfavourable connotations in many western cultures.

“I also think that fungi are typically not part of biology courses at any level of education except in the context of pathogenic fungi as agents of disease.”

In contrast, fungi are embraced throughout continental Europe, especially Slavic countries, and the South-east Asian and Venezuelan Amazon regions.

“These cultures have long histories of using fungi, particularly as food and medicine, and many also have strong mycological scientific traditions,” Pouliot says.

“Australian aboriginal people also used (and continue to use) fungi as food (mostly truffles), medicine and body decoration, although unfortunately this knowledge is largely lost.” 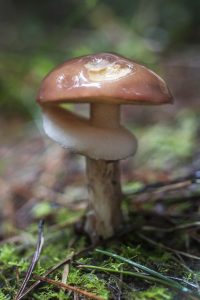 The prevalence of fungi may be diminishing in aboriginal culture, but Pouliot says interest among the general public is on the rise following the establishment of Fungimap – a national not-for-profit organisation dedicated to the study and appreciation of fungal diversity in Australia.

“Interest in foraging for edible fungi is also growing as is recognition of the importance of including fungi in biodiversity conservation initiatives.

“However, mycology and general interest in fungi is still a relatively new thing in Australia and so much is still to be learnt about Australian fungi including their habits and habitats and distributions.”

The perception of fungi is influenced by the actions of government agencies, who consider them as threats to biodiversity rather than being worthy of or requiring conservation.

“The Environment Protection and Biodiversity Conservation Act 1999 lists a couple of thousand species of animals and plants, but no species of fungi are listed for protection (yet two are listed as threats to ‘biodiversity’),” Pouliot says.

“This inevitably affects public perceptions of fungi as ‘unworthy’ or ‘problematic’ organisms. Fortunately, I think this is slowly beginning to change.”

Pouliot says individuals have much to gain from developing an awareness of the world they live in and what keeps it ticking, irrespective of national legislation.

“I think a greater understanding of how ecosystems function and how they are directly relevant to our lives is not only exciting and inspiring, but also helps us realise the importance of treading more gently on the planet.

“By contemplating the inherent connectivity of life and how altering one part inevitably affects another, it opens up possibilities for a more holistic or integrated way of being in the world.”