LeBron James posts picture in 'I Can't Breath' T-shirt after the death of George Floyd. 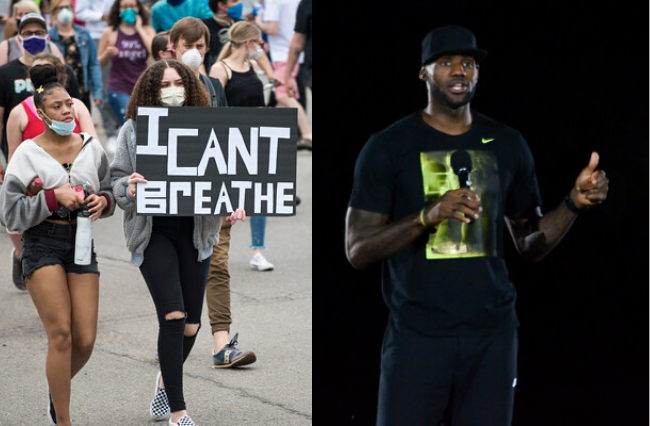 LeBron James was among the US athletes expressing their outrage and grief over the death of George Floyd in Minnesota after he was pinned to the ground by police on Monday.

The four police officers involved in the incident were terminated from their positions on Tuesday, when a video showing one officer pressing his knee into Floyd’s neck sparked protests in Minneapolis.

In the video, one police officer kneels on Floyd’s neck as the 46-year-old tells them he is unable to breathe before he eventually stops moving.

LeBron James posted a photo wearing an “I Can’t Breathe” T-shirt on Wednesday in response to the man’s death. The shirt was first worn in 2014 by James and several other NBA players, following a grand jury’s decision not to indict a New York police officer, after the death of Eric Garner who was put in a chokehold by police and who told the officers “I can’t breathe” several times before he died.

James, who has spoken out against police brutality in the past, contrasted the police officer’s stance to Colin Kaepernick’s peaceful protest in 2016, where he knelt during the national anthem to highlight racial injustice. 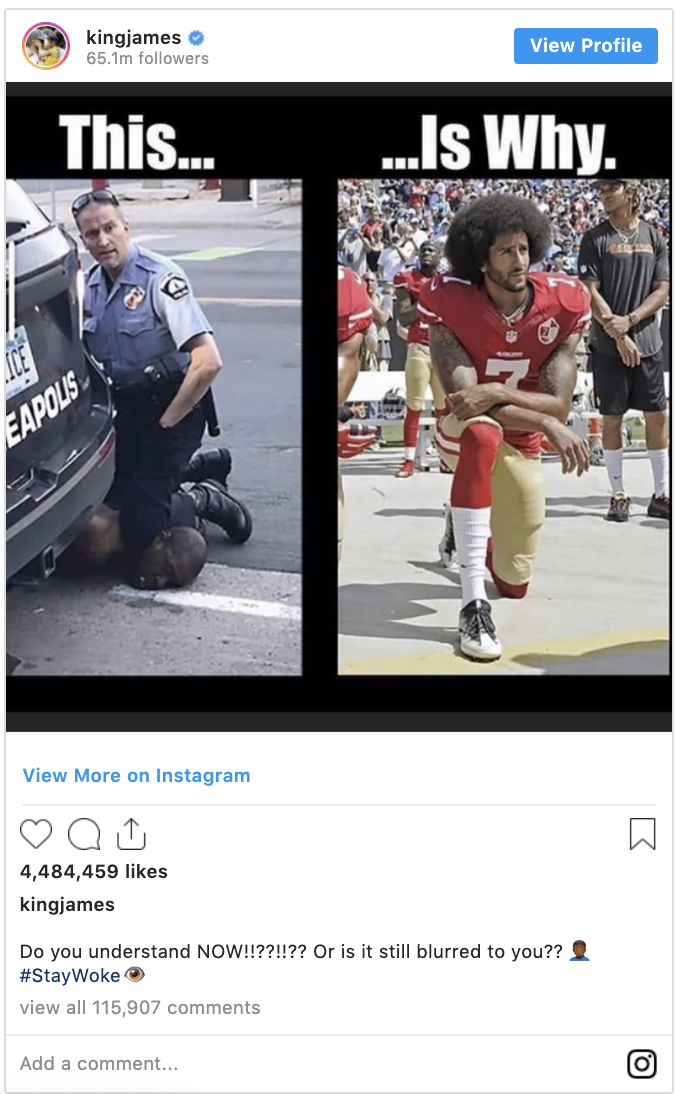 NBA star Donovan Mitchel and NFL star Odell Beckham both described the incident as “sickening” while DeMarcus Lawrence, linebacker for the Dallas Cowboys was also outraged by the death.

“WHEN WILL MINORITIES BE FREE TO BE AMERICANS IN AMERICA!?” he said.

Floyd’s sister told Today that she thinks more should be done to the officers involved in Floyd’s death.

“I would like those officers to be charged with murder,” she said.

“He was crying for help.”

The FBI has begun an investigation into the incident.

I can’t breathe: protest for justice for George Floyd by Fibonacci Blue found HERE and used under a Creative Commons Attribution,