The comedy group tells upstart what it's like performing at the biggest festival in the world. 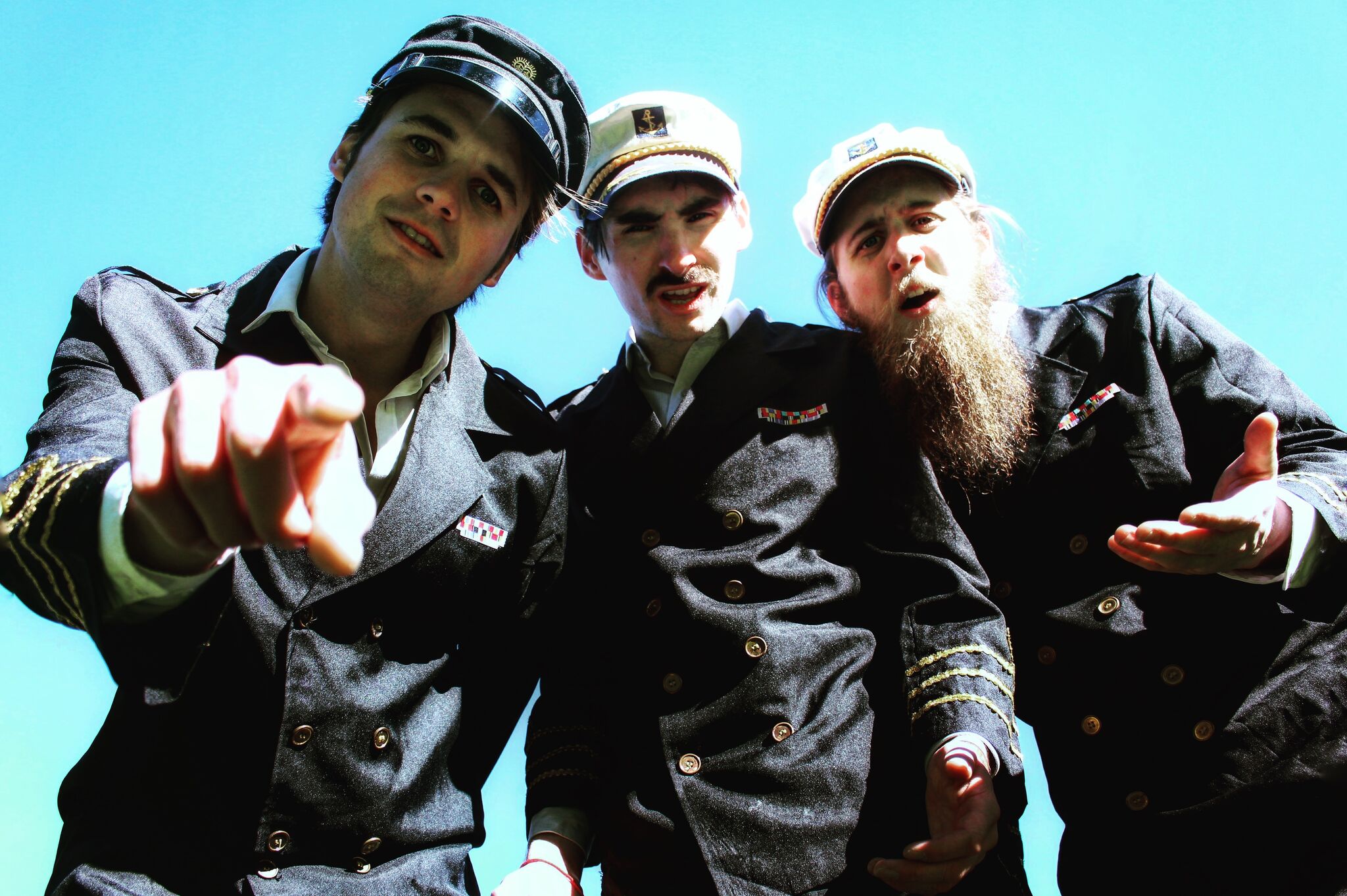 With an extra million visitors, Edinburgh’s population triples in size during Fringe Festival. As the festival wraps up, Adelaide-based comedy group George Glass tells upstart what it’s like performing at the largest theatre festival in the world.

Their blend of live music and comedy theatre is a perfect fit for the festival. Band bassist and performer Alister McMichael joked that “George Glass have been likened to autoerotic asphyxiation.”

“It is dangerously pleasurable, and you wouldn’t want to be caught enjoying it.”

The five members of the group met at a residential college in their hometown of Adelaide, host of the second-largest Fringe festival in the world. Edinburgh Fringe was a natural progression for the group.

“Making Edinburgh Fringe was always a bit of a pipe dream, but we all had hoped to make it at some point,” says Alister.

The fact the group even made it to Edinburgh is a testament to their dedication, considering how busy members have been.

“With [pianist, saxophonist and performer] Daniel completing his physics PhD in Denmark, and myself making wine in Germany and New Zealand… I don’t think any of us could have predicted that we would stay together for the last six years,” says Alister.

When not performing, the group has been attending as many shows on the Festival’s program as possible. “Edinburgh Fringe has so much diversity, it leaves one spoiled for choice,” says drummer Henry Gazolla.

“With many shows being either free or impromptu, it also offers a degree of spontaneity that is hard to find anywhere else.”

“Fringe festivals differ to Comedy festivals as nothing is off limits,” says guitarist and performer Pud Hamilton. “It’s a real testament to the freedoms we have access to, and free speech in particular.”

“Freedom of expression is a hard thing to find, but fringe festivals seem to be beautiful hubs for it,” says Pud.

A highlight from their previous show “Abbott! The Musical” had Alister playing Joe Hockey singing a song about the federal budget titled F**k ‘em All.

The group has rewritten their new show “Scientology: The Musical” for Edinburgh Fringe, after premiering at Adelaide Fringe earlier this year.

“They enlist the help of a religious PR guru… who makes some changes and highlights some of the weirder practices that Scientology subscribe to.”

“The crowds have been rowdy and loud,” says guitarist and performer Nic Conway. “We’ve had a few ex-Scientologists come along, and they’ve stuck around after the show for a beer and shared some of their Scientology stories.”

“A couple also came on their wedding anniversary. Can I think of a better way to spend your anniversary? Yes, I can think of a lot of different ways,” said Nic. 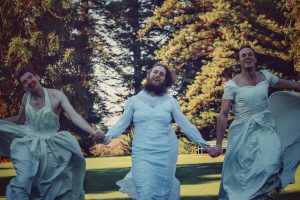 Not everyone has been so receptive, with a one-star review hampering their average on the Fringe website. “It was four months before the festival even started,” says Alister.

“We think it might have been a Scientologist trying to condemn our show from the beginning.”

While the group did receive a helpful grant from the South Australian government, the trip was still done on a shoestring.

“Our first point of accommodation was in rural Scotland, about 90 minutes from Edinburgh,” explains Alister. “It was very cheap, but that’s because we were sleeping on hay bails inside an old piggery.”

“There was no electricity, no internet, no kitchen, and limited bathroom use – it was great! We got a lot of rehearsing done, and drank scotch by the fire at night.”

While the group won’t return home with bundles of cash, they stayed afloat by ensuring steady crowds by handing out flyers, using social media and street performances.

“The biggest cost for us has been the flights and accommodation,” says Alister. “If you lived locally, you probably do pretty well at the festival.”

“The real high for me is a big applause at the end of the show,” says Alister. “If we can get people clapping and cheering, then we’ve done our job.”

Interaction from the crowd made for the best shows. “All of the weekends that we performed have had pretty big audiences, mostly sell outs,” says Alister. “The audience members are often a little bit drunker and uninhibited to clap, laugh or cheer.”

“When the audience sends you that kind of energy we can give it back, and it makes for a better show in general.”

George Glass hope to be at Edinburgh with a new show next year, but you can expect to see them performing around Australia before then.

Andrew has recently moved from Adelaide to Melbourne to study a Master of Communication (Public Relations) at La Trobe University. You can follow him on twitter at andy_handley.