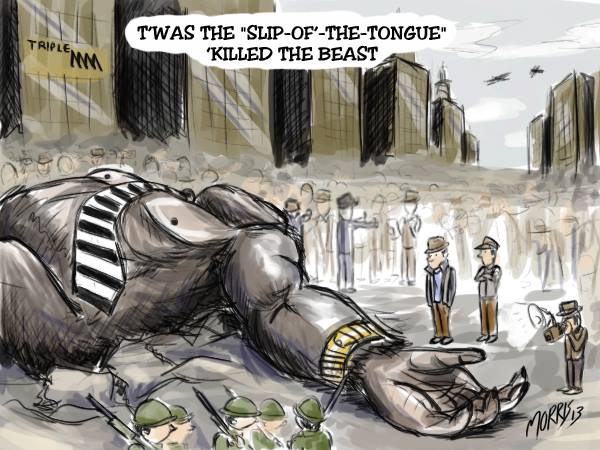 It’s hard to remember a topic that has sparked more discussion, debate and polarisation of opinion than the unfortunate racism issues that have engulfed the AFL in the past week.

Late in last Friday night’s match between Collingwood and Sydney, a 13-year-old girl racially vilified Sydney champion Adam Goodes. Mere days later, after all parties involved in dealing with the incident were widely applauded for their handling of the situation, Collingwood president Eddie McGuire sparked fresh racism concerns by linking Goodes with a reference to King Kong The Musical.

Rather than add further to the already overflowing array of spoken and written words on the event, Hayden Morris has his say in cartoon form.