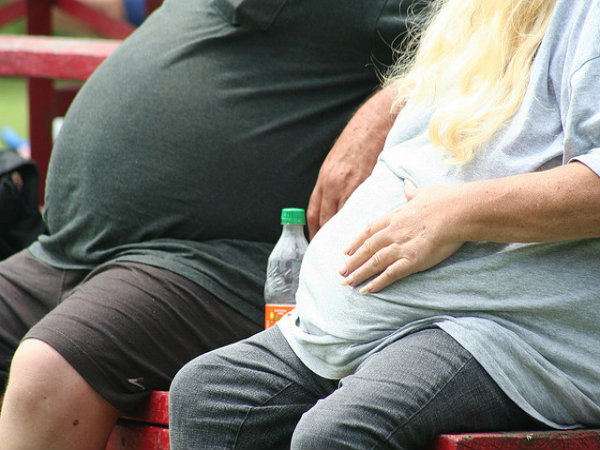 Currently 63 per cent of Australian adults and 25 per cent of children are overweight or obese. These figures are fast becoming household knowledge, but what is being done to reverse them?

While the Federal Government has devised its fair share of initiatives to combat obesity, few of these have been a big success. What ever happened to the controversial fat tax? While 70 per cent of Australians supported it in mid 2012, it is still under debate. This comes as other nation’s fat tax schemes begin to crumble.

Australians spending on fast food has doubled over the past six years, with 42 cents of every dollar now spent on eating out.

Given this, some states – excluding Victoria – have now enforced nutritional information to be displayed at fast food venues. However, whether this actually defers people from devouring a large meal is yet to be proven. People don’t go to fast food venues with the expectation of a healthy meal.

“Evidence suggests that nutritional information is of minimal value. It may be that the power of commercial advertising can overpower any information about calorie intake or the value of a good diet. In many cases, the high calorie meals are so inexpensive that other considerations are irrelevant.”

And while this system attempts to do the right thing, it has come under scrutiny from the Cancer Council, who claim fast food companies aren’t serious about complying. McDonald’s in NSW has been caught displaying different nutritional intakes of popular meals at different stores and Subway’s intakes are up to five years old. 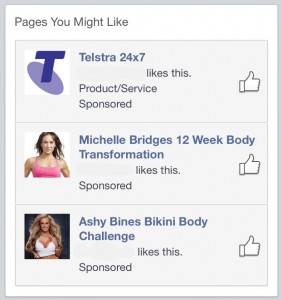 With the governments’ approaches falling behind, companies have stepped up and taken the nation’s obesity problems into their own hands. Indeed how often does Ashy Bines Bikini Body Challenge or Michelle Bridges 12 Week Body Transformation pop up in your Facebook feed?

Large companies make huge profits from playing on peoples insecurities – often by convincing the public that they desperately need this product or eating plan that they have never before considered. Countless people – myself included –  have fallen for expensive tonics and extreme diets that promise rapid weight loss.

Weisinger says these extreme diets are predominately unsuccessful and cause the loss of muscle rather than fat.

“During extreme dieting, many of the required nutrients are not ingested and it is conceivable that some physiological processes may be irreparably damaged. In any case, the evidence suggests that the weight loss will be short term and most, if not all, of the lost weight will be regained.”

The fact is rapid weight loss programs are often unsustainable, dangerous and simply a way for big companies to draw in the big bucks.

It is estimated that Australians will spend $827 million on extreme weight loss supplements this year alone.

Indeed international weight-loss brand, Jenny Craig is estimated to make $830 million a year. Gyms and fitness classes around the country rake in an average of $520 per person a year. While the vitamin industry is currently worth $1.8 billion.

But it is not just company’s health products that are taking our cash. Television series The Biggest Loser is a key example of how companies profit from obesity levels. Channel Ten gets huge ratings and profits from broadcasting this show, which often boasts of having “the fattest person yet” to draw people in.

And why does it make for good TV? In theory is it repetitive and somewhat unethical – watch obese people go through extreme emotional and physical pain to lose tens of kilos at the risk of their own health.

Even The Biggest Loser celebrity trainer, Michelle Bridges says the reality TV show is dangerous – with many unaired cases of muscle damage and injuries.

Exercise professional, Raymond Garofalo of Anytime Fitness says the goals of the show are unrealistic and unhealthy.

“They offer a quick fix to a problem that is about more than just weight loss. People need to change their attitude towards food and exercise. It has to be a lifestyle change,” he says.

But the show still continues and for the reason that it remains relevant to today’s increasingly overweight and obese society.

With companies often promoting unrealsitic, dangerous and expensive programs, and the government lagging behind in combating high obesity levels, there is a need for a healthy median to approaching physical well-being.

Some community programs have set up around Melbourne to offer fitness alternatives to fight obesity without the expensive gimmicks of a large company.

Fitstart – established earlier this year – provides a free 45 minute boot camp style class aimed at educating all members of the public on practical health and well-being. Members are encouraged to sign up for four weeks to work towards long term health outcomes.

More community run projects like this are needed to provide a more practical approach to combating obesity. With the population still continuing to grow fatter, the industry that profits so greatly from reversing this clearly has its pitfalls for the consumers.

While the governments show signs of concern at the statistics of obesity, it might well be time for them to step it up a notch and get serious about providing programs to ensure the future health of our nation. Otherwise we risk leaving an obese public with few options other than to be ripped off and at risk of physical injury at the hands of large companies.