“There is a silent invasion taking place in Australia that could fundamentally alter our way of life.” 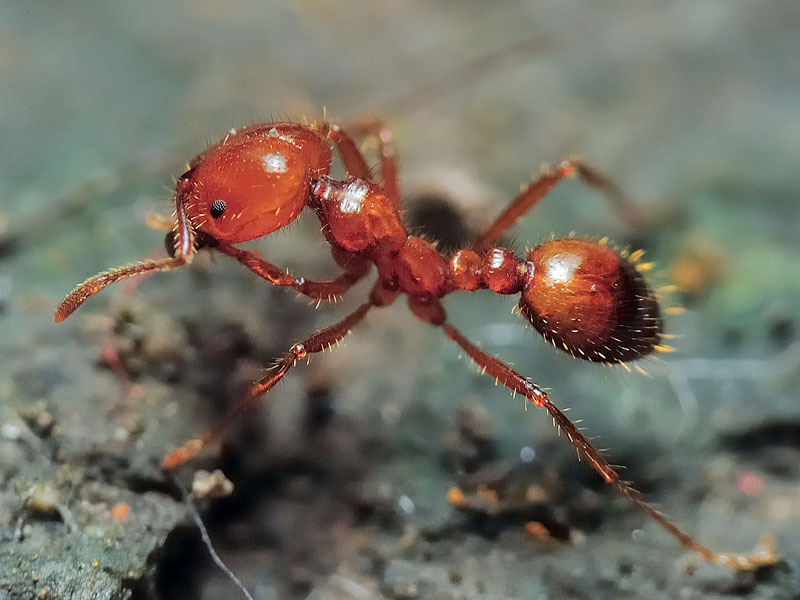 Although not many of us know much about fire ants in Australia, they are being treated very seriously by the Federal Government. In fact, $18 million has been pledged to battle the species. The Invasive Species Council was concerned about fire ants in 2016, highlighting just how dangerous they are.

“There is a silent invasion taking place in Australia that could fundamentally alter our way of life,” the Council said.

So what are fire ants and why are they a problem?

Red Imported Fire Ants (Solenopsis invicta) get their name from the fiery sting which they inflict on those unlucky enough to encounter them. In some rare cases, they have been known to induce a severe allergic reaction (anaphylaxis).

These little critters were first detected in Brisbane in 2001. However, authorities say they were likely brought in with cargo from South America some 20 years earlier.

The fire ant incursions were mainly in Queensland, but most of Australia has the warm, dry climate which they enjoy. This means that if left to their own devices, the ants are likely to spread all over the country.

“If not eradicated they will have a greater impact on Australia than rabbits, cane toads, foxes, camels, wild dogs and feral cats combined,” Andrew Cox, CEO of Invasive Species Council on fire ants, said.

Fire ants are expected to cost $1.65 billion in what has been dubbed an “invasion debt”, causing damage to infrastructure, and negatively impacting industries such as agriculture and tourism.

What is the Fire Ant Eradication Program?

The $18.3 million from the Federal Budget will be used to continue the Fire Ant Eradication Program, which began in late 2001.

The program has field officers undertaking surveillance in areas suspected of harbouring fire ants. Odour detection dogs are also enlisted in what has been a world first.

“The dogs can find nests not visible to the human eye and can detect the foraging pheromone from up to 40m away,” the Queensland Department of Agriculture and Fisheries said.

Having workers return poison-soaked corn to their queens, injecting nests with insecticide and deploying bait-spraying helicopters are among the eclectic tactics used to eliminate these ants.

How do we know if we’ve seen one?

Fire ants are considered a Category 1 Pest, meaning if you’re a landowner, you might receive a heavy fine if you don’t report sightings of them.

So, for landowners or those planning a trip to South East Queensland, here’s what to look for:

Fire ants are the size of regular ants, so about 2mm to 6mm long. They are a reddish-brown colour. Their lower body is darkened by the venom sac which they empty to give you the previously mentioned fiery sting. Stings often leave behind small pustules.

Their nests are mound-shaped and up to 40cm high. They are usually found in open spaces such as lawns, pastures and along roadsides, but can also be found underneath bricks, logs and timber.

Since the Fire Ant Eradication Program’s inception in 2001, infestations in the Port of Brisbane and Yarwun have been eradicated. This was the first ever successful elimination of an established fire ant colony in the world.

It is still feasible to have a fire ant free Australia and it is important to continue the efforts already made.

If you’re interested in helping, you can donate to the Invasive Species Council which is a not-for-profit. You can also share this article to spread awareness. If you’re in Queensland, you can sign up for free fire ant general awareness training.

Photo: Fire Ant by Roby Edrian, available HERE and used under a Creative Commons Attribution. The image has not been modified.