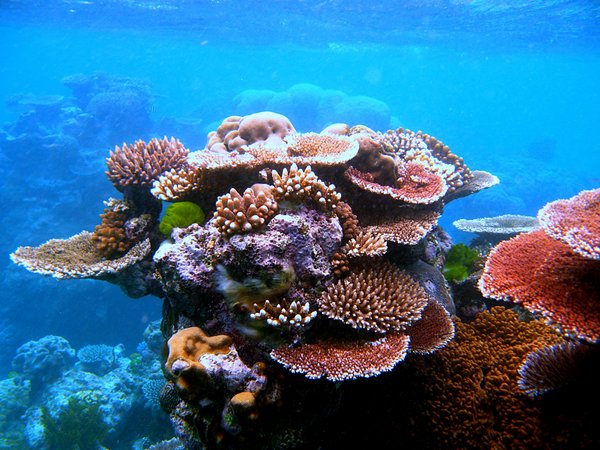 The Great Barrier Reef is one of the seven natural wonders of the world.

It spans 2,300km with an array of ecosystems that house breathtaking coral and sea life.

Over the last few years, the Reef, which is a UNESCO World Heritage Site, has been under threat of serious damage from Indian Coal Company Adani, who plan to build a mine close to the coral.

If built, the Carmichael Coal Mine would be Australia’s largest mine, exporting up to 60 million tonnes of coal from the Great Barrier Reef.

But with $16.5 billion needed in funding, as well as government approval, the project is still waiting to take off.

After a lot of public scrutiny, Commonwealth Bank of Australia (CBA) recently discontinued its advisory role with Adani, as well as any future funding.

CBA joins 13 international banks who have made similar commitments, but is the first of the big four Aussie banks.

The campaign against Adani has involved local conservation groups, Aboriginal organisations and environmental agencies. Some of these include, the Australian Youth Climate Coalition (AYCC), 350.org, Greenpeace, Getup!, Australian Marine Conservation Society and the World Wildlife Fund.

Volunteers have flocked to organisations like the AYCC to help show their discontent at rallies and public stunts.

AYCC Victorian State Coordinator Liv Metter, tells upstart that Commonwealth was most likely to invest in the project out of the big four banks (ANZ, NAB and Westpac).

“We’ve been campaigning really hard towards Commonwealth, asking them to step away from the project,” she says. “Saying that as concerned citizens or concerned customers and as young people, they can’t use our money to invest in something that will ruin our future.”

The AYCC has been persistent with their public campaign to stop mining in the Reef through a series of public stunts outside the major banks.

They have publicly campaigned against the mining with a series of stunts outside the major banks. They also conducted a staff blitz week, informing staff at over 200 branches of the effects the banks’ support could have on the Reef.

“We used a series of different creative tactics on CommBank, which AYCC can do really well because we are spread out all over Australia,” Metter says.

“This means we can get the message out quickly and in a broad sense, and we can do this in a cheeky and fun way because we are a youthful and dynamic movement.”

Stop! In the name of love. An AYCC first – serenading one of the big 4 banks on Valentine’s Day. Our romantic gestures did not go unnoticed, hundreds of Commonwealth Bank staff watched on as we brought the house down with our voices. Join the movement: http://dumpmybank.org/

Environmental groups and supporters of the Reef had another cause for celebration on Wednesday.

It was announced that Environmental Minister Greg Hunt failed to take into account the Environmental Protection and Conservation Act when he gave the project government approval in July last year.

A legal challenge by the Mackay Conservation Group has revealed that if the coal mining project were to go ahead, two endangered species would be affected: the Yakka Skink and the Ornamental Snake.

The verdict, which will be reassessed in the coming six to eight weeks, adds to the already overwhelming amount of environmental concerns associated with the project.

According to Greenpeace, the burning of the coal from Carmichael Mine would produce four times the fossil fuel emissions of New Zealand.

In addition, the dredging of the sea beds to build a coal port terminal would cause irreversible damage to the Reef and the sea grass.

It was claimed that 10,000 jobs would be created at the Mine, although it has since been revealed the number was inflated from 1,400.

This is a rather small amount compared to the 60,000 employees who work in the tourism industry, associated with the Reef.

Metter says that the Reef is not yet safe and the AYCC will now focus on the other three banks.

This coincides with other groups, such as 350.org, who this Thursday are throwing a colourful End of Coal parade on the steps of Parliament to deter banks from investing.

At this point the future of the Great Barrier Reef is still uncertain, but these two big wins do offer a step in the right direction. Two victories which were ultimately won by the people.

We did it! We won! CommBank just cut all ties with Adani and won’t fund the coal projects on the Reef. Thank you so much to all the volunteers, donors and members who made this win possible. We 💙 you!! 🐠🐳🐢🐢🐬 #winning #feelsgood #carmichael #endofcoal #riskingthereef #dumpmybank

“I think there are a lot of messages that can come from this but the best one is that there is power in social movements and that as young people we created such a big difference with this and it just shows that together we can achieve so much,” says Metter.

“Everyone is telling us that climate change will affect future generations but really it’s affecting people right now and it’s going to affect us so we have every right to prove them wrong. And we did it this time.”

Ewa Staszewska is in her final semester of a journalism degree at La Trobe University. She is the current Politics & Society Editor for upstart. You can follow her on Twitter: @EwaStaszewska.