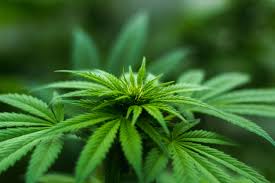 The controversial plan is aimed at taking drugs out of the black market and into a regulated environment, making it a legal, taxed and regulated drug alongside alcohol and tobacco.

The Greens’ proposed plan would see the establishment of an Australian Cannabis Agency to act as a wholesaler of cannabis, as well as being responsible for the issue and monitoring of licences to growers and retailers.

The plan would also allow Australians to grow up to six plants for personal use.

Like alcohol and tobacco, cannabis would only be available to adults over the age of 18, with harsh penalties for supplying the drug to anyone underage.

Dr Di Natale says that Australia’s current stance against drug use is not working.

“The war on drugs has failed,” he said.

“Governments around the world are realising that prohibition of cannabis causes more harm than it prevents.

“It’s time Australia joined them and legalised cannabis for adult use.”

It is estimated that over 7 million Australians have used cannabis, and that the criminal market of cannabis dealing has a larger annual turnover than the Australian wine industry.

Dr Di Natale insists that the war on drugs between law enforcement and users often means many are without help when they need it most.

“As a drug and alcohol doctor, I’ve seen that the ‘tough on drugs’ approach causes enormous harm. It drives people away from getting help when they need it and exposes them to a dangerous black market,” he said.

This idea is supported by president of the Australian Drug Law Reform Foundation Alex Wodak who agrees banning cannabis has had no effect on usage rates and has only distracted the nation’s police.

“Banning cannabis hasn’t reduced its use or availability yet it has distracted police from following up more serious crimes, harmed a lot of young people and helped make some criminals rich,” Dr Wodak told The Sydney Morning Herald.

“Regulating cannabis will give government more control and increase government revenue, which can be used to fund drug prevention and treatment.”

Since becoming a taxable good in Colorado, cannabis generated $260 million in tax revenue in 2016 after it sold more than $1.7 billion worth of marijuana, according to the Colorado Department of Revenue.

But the plan has medical bodies worried.

The Australian Medical Association (AMA) has tweeted that they have ruled out any support for the proposal over concerns of serious physical and medical impacts of making the drug more commercially available.

Jo Baxter from Drug Free Australia told The Project she agreed with the AMA’s warning. “The idea of taxing marijuana is very seductive, but it will never offset the burden that will be on our health system if marijuana is legalised with increased use.”