Synchronised swimmer Hannah Cross speaks about the trials and tribulations that she faced prior to her Olympic debut. 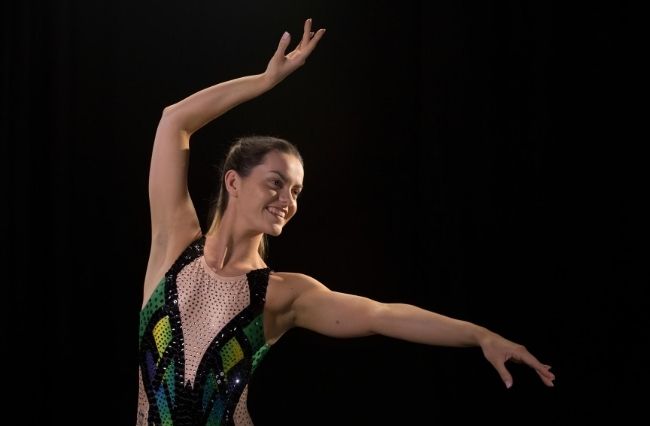 When Hannah Cross made her Olympic debut as a synchronised swimmer for Australia in 2016, it was a dream come true. However, for Cross who was 19 at the time, it was also the year she had found an affinity for the injury that changed her forever.

Two years out from the summer Olympic Games in Rio, Cross suffered a setback after a teammate failed to land a toss and collided into her. She suffered a serious concussion following the incident and as a result she was out of the sport for nine months.

Although she’s dealt with injuries and mental setbacks in the past, this incident was different.

The synchronised swimmer, who grew up in Melbourne, admits that the concussion in 2014 was the hardest challenge she’s faced.

The recovery for Cross was not easy. She openly revealed that she was frustrated throughout the time she spent healing. The concussion was one of the worst injuries she’s endured and the timing of the incident wasn’t desired.

She confesses that the frustration from being sidelined out of the sport due to her injury got to her and says that her determination into wanting to get back into training early lead to an extension of her recovery time.

“At the start, I did try to rush back into it and that’s why I delayed my recovery out to nine months,” she said.

“That’s probably the most challenging thing, to know when you can push yourself to your absolute limit and know when you do have to take that rest and recovery in order to benefit yourself in the future.”

Speaking with the synchronised swimmer, it was clear that she wasn’t going to waste the chance to compete in the upcoming Olympics.

She shared her desire to strive for optimal performance in both her athletic abilities and academically, where in her spare time she can be found doing online classes for her Sports Management major with La Trobe University.

It was the dedication towards being the absolute best she could that helped her spring back into action following her nine-month stint out of the sport.

Along with the nostalgia she feels when recalling the moment in 2007 when she fell in love with the sport while watching synchronised swimming at the World Championships, Cross was motivated to move past the concussion through a positive mindset.

“I think continuing to have motivation comes down to the goals that you have for yourself and a little bit of accountability towards [your goals],” she says.

“I know that if I slack off now, that means that I’m giving other athletes an opportunity to better themselves over me and I don’t want to let that opportunity slide.”

However, even with her hunger to qualify for Rio, the chances for an individual qualification seemed slim.

Cross explained that there were some doubts about her qualifying. Although determined to get to the 2016 Olympics in Rio, she considered using the qualification process as a practice run and set her sights onto the 2021 Olympic Games instead.

“Trying to push through that little bit of doubt and still perform at my best, even with others surrounding me, coaches and other support staff recommending that perhaps I don’t go for [Rio]. That was pretty rough to hear.”

But much to the surprise of her critics and herself, she accomplished what she had set out to achieve.

The uncertainty and the doubt towards her Olympic plans were now behind her. Two years later, she was now standing up in that stadium and filled with pride, as those who supported and doubted Cross were watching her triumph.

Ashleigh Matosevic is a second-year Bachelor of Media and Communication student (Sport Journalism) at La Trobe University. You can follow her on Twitter @ashleighmats_