One Nation leader annoyed by questions about polling popularity 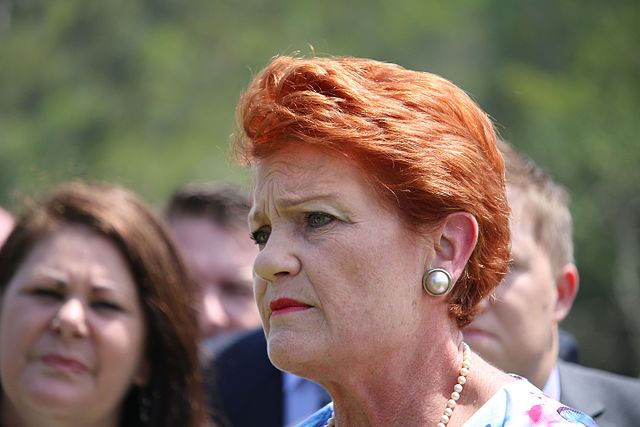 Pauline Hanson has sparked controversy in an interview on Channel Nine’s Today Show, letting loose with some ferocious comebacks after getting questioned about the decline in voter support for her party.

One Nation has seen a dip in popularity in the wake of the Steve Dickson strip club scandal dropping to four percent, on par with Clive Palmers United Australia Party , and when asked about it Hanson was all but pleased taking aim at Today co-host Deborah Knight.

However, it did not stop there with Hanson continuing her rant taking another dig at Knight and her hosting abilities since joining the show.

“You have a go at me all the time about the polls, going down at the polls, let the people have their say,” she said.

“You know I just feel like you constantly have a go at myself and One Nation, let the people have their say on Saturday,” she said.

The presenter was clearly taken back by the confrontation and it didn’t take long until the video was posted on Twitter only for it to be deleted moments later by the Today Show.

The struggling Today Show has failed to find their groove since bringing in new hosts Georgie Gardner and Deborah Knight, with only 217,000 metropolitan viewers tuning into the show yesterday compared to Channel 7 rivals Sunrise who had 268,000.

But it is not the first time that Hanson has found herself in hot water this year with the Al Jazeera investigation revealing her controversial comments about the Port Arthur massacre.

The investigation revealed how Hanson alluded to Port Arthur being a government conspiracy. Al Jazeera labelled the investigation ‘how to sell a massacre’ releasing recordings from the Senator claiming that the massacre was done to bring in gun reform laws.

“An MP said it would actually take a massacre in Tasmania to change the gun laws in Australia,” Hanson told Rodger Muller an undercover Al Jazeera undercover journalist.

Photo: Pauline Hansonleader of the One Nation Party (Australia) by jfish92 available here and used under a Creative Commons Attribution. The image has not been modifed.