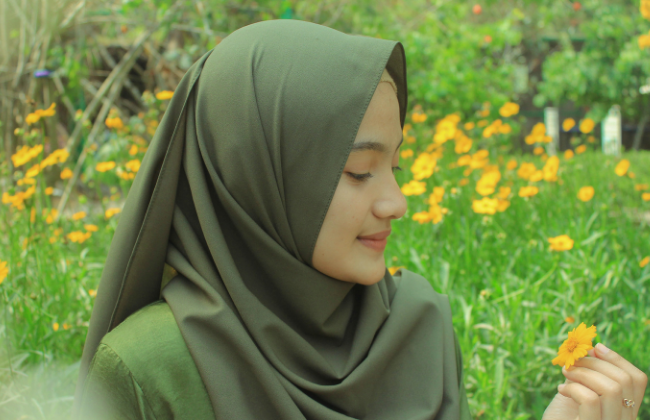 Previously seen as primitive, oppressive and isolating, the image of the Islamic headscarf, Hijab, has evolved along with the stronger representation of Muslim women on social media, in the fashion industry and the mainstream media.

The term “Hijab” is used to describe the Islamic headscarf worn by Muslim women since the seventh century, during the time of the Prophet Mohamed. And although it may seem like a simple head covering, its purpose is vast and multifaceted in Islam.

The biggest focus of the Hijab is the notion of “modesty”. Physical modesty refers to covering the body. Traditionally this meant that only the face and hands can be exposed, tight fitting clothing should be avoided. But a common misconception is that Hijab’s dimension of modesty is something forced onto Muslim women by men, making it an artefact of misogyny. But the qualities of the Hijab that empower women are often overlooked in these discussions.

The Hijab also signifies defiance to societal expectations of beauty and the constant sexualisation of women. It rejects the objectification of women and consumerism, as it detaches women’s self-worth and confidence from their appearance. By covering what is commonly seen as attractive, it is intended for society to see Muslim women for their achievements, knowledge, and ultimately who they are as people rather than their outward appearance. For most Muslim women, it is a source of empowerment and not a limiting factor.

“It pushes me to be proud of the things that really matter like my values, morals, achievements, my independence, and my career. Being in touch with my Hijab helps me not just obsess about how pretty or attractive I am to the world, I can look past that and have confidence in who I am as a person. I find it liberating,” she tells upstart.

These days the Islamic fashion industry is growing rapidly and is predicted to be worth USD $88 billion by 2025. Big brands such as Gucci, D&G, Nike, and L’Oréal have cashed in, launching international campaigns either featuring Hijabi models or showcasing a Hijab/modest fashion line.

So, do the traditional values of the Hijab conflict with, the representation of the Hijab by social media bloggers, big brands, and Hijabi models in the modern fashion industry?

Many young Muslim women believe that the hypersexualised fashion and beauty industry, which objectifies all women, has reduced the Hijab’s empowering qualities a fashion commodity.

Ali suspects that social media has played a role in this cultural shift.

“How else would these images of Muslim women promoting big name brands reach us? We see it every single day. Hijabi models are walking the high-end runways, Hijabi bloggers are representing big names like Fenty Beauty and Loreal,” she says.

Ali believes the Hijab is not compatible with the modern-day fashion industry, which she thinks most Muslim women agree with. But she also knows it’s hard to break out of the mindset of wanting to fit in and look as good as the girls on social media.

“But hundreds if not thousands of bloggers have their pages dedicated solely to these things. When we’re mindlessly scrolling through these images all day we’re bound to get influenced, I know I do.”

Yasmine Dawood, a 23-year-old student and self-proclaimed social media lover, has also noticed the change in attitudes toward Hijab in recent years.

“It’s definitely become more fashion-focused. I have to admit even I’ve fallen victim to it, all of my friends and family are the same. I do dress and shop based on trends and obviously I get that all from the bloggers I follow,” she tells upstart.

Although she finds it hard to shake the influence of social media, she does find the modern changes to hijab to be concerning because “we’re pretty much erasing something sacred without really realising. It really is becoming a big fashion trend; you can’t deny that.”

Because Muslims are now being born in Western countries like Australia, Widyan Fares a 29-year-old PhD student who also wears the Hijab, argues that globalisation plays a significant role in the Hijab becoming commodified.

“The generations grew; we now have Muslim born Australians,” she tells upstart. “They want to keep their faith and their culture but want to do it in a way that somewhat aligns with western expectations.”

Widyan argues that true Muslim female representation and empowerment does not just lie in Muslim women being represented by the fashion and beauty industry. It’s being treated equally in professional and academic settings, and it is to be seen and known based on a woman’s achievements and who she is as a person, irrespective of her religion.

“I think that people see us as experts on our religion, and that could take us to far and fantastic places, but at the same time there’s so much more to us than just our faith. We’re interested in different things, and are experts in different things,” she says.

Zainab Arab is a Masters of Journalism Innovation student at La Trobe University. Follow her on Twitter at @zainabarab2

Photo by febri sym and used under a creative commons license. The image has not been modified.