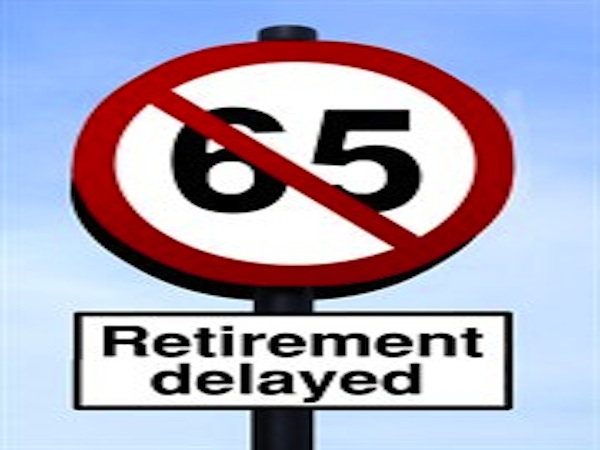 There is no denying tomorrow’s budget is going to be painful for many Australians, as tighter restrictions on government spending and handouts is often a fact of life under Liberal governments.

There’s talk of fuel tax hikes, a debt levy aimed at higher income earners and mass public service job cuts. But the decision to increase the pension age to 70 by 2035 is one particular issue that has many Australians concerned.

Tax increases and expenditure cuts are a bane for many Australians, but these actions seem to have far fewer social implications and long term consequences than decisions such as increasing the pension age. Thus there must be generally pressing reasons for such a decision.

Is there really a need for Australia to have the highest pension age in the OECD? via @wealth_pro http://t.co/vbeBrRaaZo #SPAA

The costs of the current pension system may be just enough to get people to sympathise with the government’s decision to break an election promise and force at least two generations of Australians to add another five years to their working lives.

Currently the age pension expenditure exceeds that of defence, with payments throughout the previous year totalling a staggering $36 billion. In short, this equates to approximately 10 per cent of total government expenditure.

It is also expected to approach $72 billion if left unchecked by 2023 and the National Commission of Audit estimates that increasing the eligibility age could shave approximately $15 billion off Australia’s debt bill that is fast approaching $500 billion.

Australia’s ageing population only exacerbates the problem with approximately 4.7 million or 13 per cent of the Australian population expected to be over 70 years old by 2035.

The carry-on fiscal effect is that with more people living longer and falling immigration and birth numbers, demand for welfare will exceed the number of taxpayers available to fund the pension.

Figures from the Australian Bureau of Statistics illustrate the grim reality, with estimates showing that there will be as little as three taxpayers to support every one pensioner by 2056, down from five in 2007.

In addition, pushing back the pension age is relatively consistent with global retirement trends.

Ed Terkelsen, the Southern Australia Head of Financial Planning for National Australia Bank, has told upstart that the burden of retirement funding has moved away from corporations and governments and towards individuals.

“People are starting to realise they can no longer rely on the government,” he says.

“Adjusting the pension age is definitely a catalyst for getting people to realise the need to manage their financial future and it’s a good thing,” he says.

Therefore, people could find themselves living through 5 or 6 full business cycles instead of the typical 3 or 4 and spend much longer in the high growth asset allocation stage.

Mr Terkelsen says this will encourage people to contribute more to future planning systems such as superannuation and at earlier stages as well, leading to an increase in financially secure self-funded retirees.

“If the risk is on the individual, they are more likely to seek advice early on,” he says.

“It may seem like it won’t make any difference, but the compounding growth effect of someone contributing fifty dollars per fortnight in their 20s could mean they might be $200 000 better off than someone who starts in their 40s.”

But among all these economic gains, there is still an overarching shadow of social issues.

With the current retirement age hovering around 58 years old, pushing back the pension eligibility age will also increase the retirement age by 8 to 10 years. With that comes the real risk of a large section of society being pushed out of work or falling through the gaps.

Mr Terkelsen attributes this to an era of “grey discrimination” taking place across Australia. Hands on, mechanical based roles are slowly being replaced by skilled jobs, which means employers are taking a preference for younger workers.

“This can’t be good for mature workers who find themselves out of a job well short of the pension age,” he says.

“If you’re 55 or 60 and suddenly receive a redundancy, you’ll be competing in a bottle neck environment with a younger generation and if your pension is years away there’s a risk of being overlooked.”

What’s more, the government could just as easily balance the budget by winding back generous superannuation tax concessions.

At a cost of $33 billion annually, these concessions are expected to overtake the pension in terms of government expenditure by as early as 2016. Furthermore, they provide no real benefit for mid to low-income earners whose income is already taxed at the lower end of the threshold at 12 per cent.

But right now the Treasurer is in no position to choose where cuts will be made. It’s becoming increasingly clear that the money needed to avert Australia’s spiraling debt will be coming from everywhere.

Tom Colwell is a third year Bachelor of Law/Media student and Politics and Society Co-Editor for upstart. Follow him on Twitter @TomColwell2