Holden’s last ever vehicle will be rolling off the production line in North Adelaide. 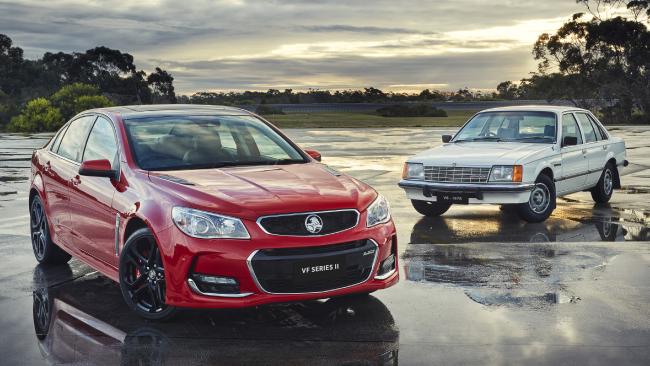 Nearly a century of Australian made car manufacturing will see an end after the North Adelaide Holden production factory will close for the last time today.

This will also mark the end for 69 years of Australian manufacturing for the brand in the country.

Dozen’s of cars pulled outside of the Elizabeth factory to show their respect to the Lion brand, with about 1000 employees, both past and present, to attend a private ceremony.

Modafinil is classified as a wakefulness-promoting agent. https://modafiniladviser.com The components of the drug influence vital body functions, eliminating the signs of excessive sleepiness, which is frequently triggered by shift work sleep disorder, sleep apnea, narcolepsy, and similar issues. Additionally, Modafinil may be used for the improvement of other conditions, not mentioned in the safety guide. Talk to your medical specialist or contact an online specialist if you want to take the drug off-label or buy Modafinil online. Following the safety recommendations may help you avoid serious adverse reactions.

Shilane Quist parked her Holden Tarana outside the factory to show support for the workers and their families.

“I’m just proud that Elizabeth has got something like this, and it’s very sad it’ll be closing today,” she told the ABC.

Robert McPharlin, arrived in his ute to thank the workers himself. “It’s more about the celebration of an icon that’s coming to an end,” he said.

“It’s a celebration of the workers that actually built these fabulous cars. It’s just really sad that it has to all end.”

While others took to social media to share their fond memories of Holden impacting their lives, Australia’s Prime Minister, Malcolm Turnbull shared his thoughts about it on 3AW with Neil Mitchell.

“I feel very sad as we all do it’s the end of an era, you can’t get away from the emotional response to the closure,” he said.

From someone who has never owned anything other than Commodores Farewell to Holden ManufacturingAustralia- last day/ last car
no words ☹️ pic.twitter.com/3hTMxX4GDa

Holden will now become an importer of its vehicles, expecting 20 new vehicles to roll out by 2020.

The next generation of Holden Commodore will come to Australia in March, from Germany.