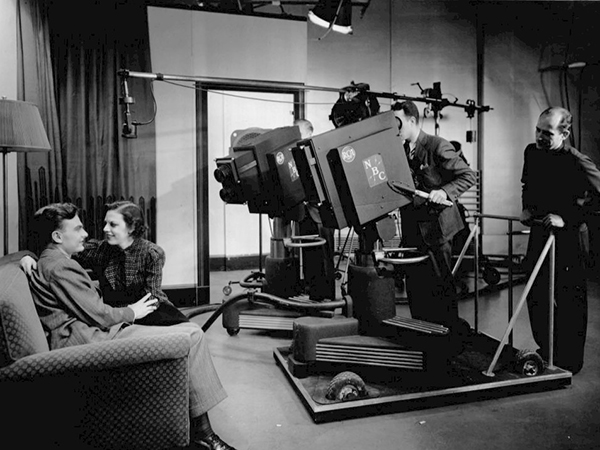 The global media landscape is constantly evolving, and broadcast television is not exempt from this.

Changing a business model that has been particularly lucrative to date is not an easy task. For many executives, resisting the change is a normal reaction.

Michael Wolff’s most recent book, Television is the new television: The unexpected triumph of old media in the digital age, highlights how some industries make a habit of looking backward rather than forward.

In an analysis of the book published by Mumbrella, Tim Burrowes questions whether “just like TV didn’t kill radio, what if digital doesn’t kill TV?”.

Burrowes asserts that sites like BuzzFeed are indulging in experiments of a new, but short lived market. He said that instead, they could play a bigger role as content owners, profiting substantially from selling their content to other media platforms.

Burrowes, who is the content director for Mumbrella, emphasises that the book may be too optimistic in its outlook.

He used the following YouTube video to illustrate a seemingly similar optimism that newspaper executives shared back in 2010.

Making comparisons between the Australian and the U.S. media markets leave a lot of room for interpretation.

Audience size, cable connection, internet speeds, and legislation, are all factors in the consumption of media.

Investment manager at Screen Australia, Mike Cowap, explains this in detail to upstart.

The Canada Media Fund and Screen Australia have just announced their joint venture to support alliances between Australian and Canadian creators in producing digital works that are innovative and interactive.

The funding, which is worth up to $800,000CAD, is an incentive for creators to explore new forms of production.

“Canada is a perfect country for us to work with, the timezones are a pain, but culturally we are very similar, our language and humour. Also the funding systems are very compatible, because like us they are keen to try and maximise the money available for the practitioners by facilitating co-production arrangements,” Cowap says.

“When true innovation comes from these projects it can have a trickle down effect from the mainstream and really influence shows that attract a bigger audience.”

The project is just one of several that Screen Australia is pioneering.

The Skip Ahead program, which focuses on established online content creators, is now in its second year, and Cowap says there will be more to come.

“We have made it clear to [online content creators] now, that actually, they are the future of the Australian industry.”

The digital shift has already had an effect on traditional broadcast television.

Yet, The Guardian reports that at this week’s Mipcom industry event, the phrase “this is a golden age of television” was echoed around the conference rooms.

Cowap says that although there’s a larger demand for online content, television is still producing relevant content for the Australian media market.

“I don’t think TV is going to go away anytime soon,” Cowap says.

“Australian TV shows are stronger than they’ve ever been. [For] American Australian productions, the interest from the audience is huge and I think as long as that interest is there the networks are going to have a role.”

Traditional television has always focused on the middle masses, where audiences can be reached the most.

By May this year, shows that garnered the highest ratings on traditional television were either sports or reality productions. 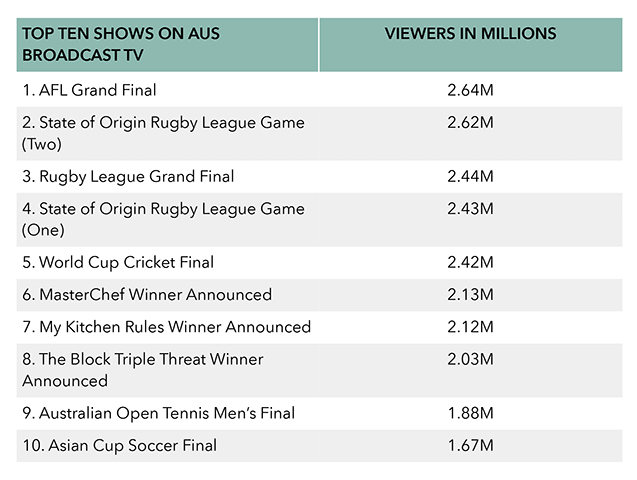 Traditional television is by far the most watched screen in Australian households, however, online platforms like YouTube and Netflix have a much larger global audience.

Australia has 21 YouTube channels with over one million subscribers, which is an above average amount.

But, the question remains, how will more online content affect Australian broadcasters?

Lecturer in screen media at Victoria University, Marc Scott, tells upstart that the uptake of digital alternatives has been swift.

“Video viewing online will double between now and the end of 2019. [It will be] 80-90 per cent of all online traffic. That shows the role of video production needed in the future. It’s going to be broader than just film and TV,” Scott says.

“I didn’t think that Netflix would take off the way it did, and the uptake of Netflix has been quiet staggering to be honest.”

There are many variables to consider when predicting the demise of traditional television.

Scott says that in Australia, sports broadcasting rights play a significant role in the buoyancy of the networks.

“Until 2020, sport will be a big factor that holds onto commercial TV, until then we’ll have to see what happens,” he says.

“Video on demand services in Australia are still in their infancy so we cant really predict where that is going.”

However, if we look at Canada, the Canada Media Fund reported that in the five years since the launch of Netflix, approximately one third of the population now subscribes to the service.

According to the Multi-Screen report, television consumption for millennials is less than half of that of older generations.

If current trends continue, could the next generation be an online only generation?

“Generally for us, [the networks] have really been the distributor or the gatekeeper of the TV programs we watch and when we watch them,” Scott says.

Accepting that media consumption will continue to evolve is key to determining the future of Australian television.

“All television will move online eventually, that’s where it is going. It really comes down to the way we define a television, that is one of the biggest things.”