Why are Australian soccer fans turning to overseas leagues when there’s live football on their doorstep? 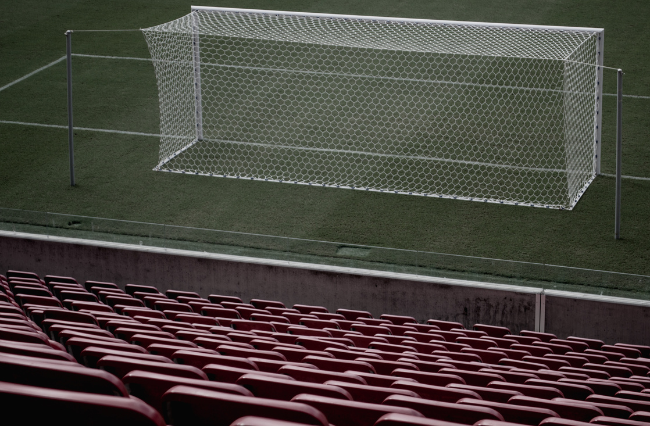 If you made your way to ANZ Stadium on a humid October 8 evening in 2016, you were one of 61,880 passionate Aussie soccer fans watching Sydney FC take on crosstown rivals Western Sydney Wanderers in the Sydney Derby. Fast forward to today, and, over their 13 home games this season, half of Australia’s A-League Men (ALM) clubs had total attendances below this figure. Most notably, two of those teams were foundation clubs Brisbane Roar and the Central Coast Mariners with 58,499 and 55,844 respectively.

So why are Australian football supporters turning away from the domestic competition? And is there a way to bring these fans of the overseas leagues to the ALM?

According to John Stensholt, co-writer of A-League: The Inside Story of the Tumultuous First Decade, the problem began when people within the ALM began to turn on each other.

The ALM club owners, after a long battle, finally took over the management of the league from Football Australia in late 2020, but it took years of negotiations to get to that point. Years that Stensholt says proved costly.

“There was a civil war so to speak, with the club owners wanting to get control of the league from Football Australia. I think that did a lot of damage,” he tells upstart.

“They probably spent more time on that fight, to get the league calved out of the governing body, rather than concentrating on promoting the league, making sure there were good players in it and connecting with fans … stuff that you need to do.”

One of the key factors to repair some of this damage that has been done, according to Stensholt, is ensuring the league secures marquee players who bring high quality football to Australia.

The ALM got this opportunity back in July, when Melbourne Victory secured the services of former Manchester United winger Luís Nani.

Thomas Williams, a journalist with football news site Kick360, broke the news that Nani was close to signing with Victory.

“I think it’s huge … Nani is a classic example of a player that will get people through the door and we need more players like that,” he tells upstart.

Costa Halamantaris is one of those football fans who would normally be far more interested in the action on the other side of the world than the Australian product.

“It’s like with any sport, when you’re following something, you want to follow the best to see what’s going on at the top level of the sport,” he tells upstart.

However, he admits that Nani’s arrival has him “100 percent” excited to attend more ALM games.

“He’s such a high-level athlete and has had a career at such prestigious clubs. It’ll definitely get some attention around the A-League,” he says.

While bringing in players who’ve made a name for themselves abroad is a key selling point for the ALM, the most obvious point of difference is that fans in Australia can physically attend matches without travelling across the world to see their club play.

This explains why George Zagoudis is one of the ALM’s biggest supporters. Not only has he been a fan since the competition’s inception in 2005, but Zagoudis owns a Melbourne Victory fan page on Instagram with over 7,600 followers.

“I feel more connected since it’s local … it’s really hard supporting Manchester United, waking up at 3 or 4am in the morning watching the games. I feel more loved here locally, especially because the times are reasonable,” he tells upstart.

“It’s all about the passion here. Every gameday it’s waking up, putting my guernsey on and heading towards the stadium.”

“You can’t go to an English Premier League game easily, but you can go and watch Melbourne Victory and actually enjoy it and have a good time,” he says.

“So it’s gotta be more about ‘this is ours’, and the point of differentiation is to get along and watch it and build up that local tribalism and fanbase.”

Another area Stensholt believes the ALM can target is junior soccer, given that it’s the most played team sport for junior boys under the age of 14 in Australia. The sport has a participation rate of 21.6 percent, much higher than Aussie Rules which sits at 12.9 percent.

Stensholt says more must be done to bring these kids to the ALM and make them lifelong fans.

“The clubs don’t do enough … you need to have some sort of connection with juniors,” he says.

“Whether it’s free tickets for juniors, or you get in free with an adult, something like that to get that regular connection. Players at clinics, all that sort of thing where kids can actually see their heroes … I think you just need to work that fan side of it way more.”

While Stensholt and Williams both admit the ALM will never reach the heights of the big European leagues, fans like Zagoudis won’t stop trying to sell it.

ARTICLE: Tarquin Oakley is a third-year Bachelor of Media and Communications (Sports Journalism) student at La Trobe University. You can follow him on Twitter @TarqOakley.

PHOTO: Soccer goal and empty seats by Pxhere is available HERE and is used under a Creative Commons licence. This photo has not been modified.