A certain seaweed has been found to significantly reduce methane emissions when fed to livestock. 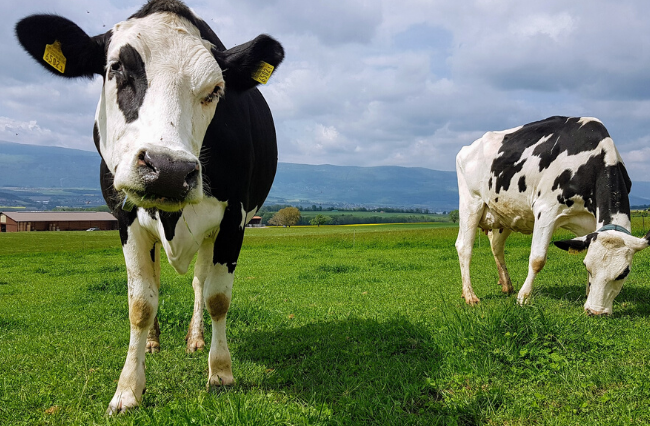 The agricultural industry has long been blamed for contributing significantly to the current climate crisis, In 2013, agriculture was responsible for about 16 percent of greenhouse gas emissions, 66 percent of which was methane from livestock produced gasses. The Commonwealth Scientific and Industrial Research Organisation (CSIRO) has been looking at ways to combat the methane emissions produced by livestock.

One possible solution the CSIRO has explored is feeding seaweed to cows in order to stop them from producing methane in their stomachs. Andrew Gatenby, the acting CEO of Future Feed, says that a common Australian red seaweed, Asparagopsis, virtually eliminates methane emissions in cattle and sheep.

“There is a bioactive in the seaweed, bromoform. This particular element, when paired with the seaweed reacts with certain enzymes in the stomach so that instead of the cattle burping methane, they convert that energy. It is absorbed into the body and then converted into energy production or better feed conversion,” he told upstart.

Currently, the project is at a stage of developing ways to produce the seaweed for commercial use. We would not be able to take this seaweed from the wild, as it would quickly deplete our oceans. Instead we would have to farm it. The seaweed could be farmed offshore, meaning it could be grown in the oceans alongside other aquaculture operations. This would mean that the seaweed being farmed would still offer the environmental benefits of naturally occurring seaweed.

Rob Kinley, a research scientist with CSIRO (agriculture and food) and chief science officer at Future Feed, says that seaweed cleans the water and in the case of farming alongside other aquaculture, would prevent wastewater from other industries getting into a broader ocean ecosystem. Another benefit is that fairly low-skilled local labour would be necessary to produce it.

“There is a wonderful long chain of wins here,” Kinley told upstart.

Gatenby is also an advocate for the wider environmental benefits of the product.

“Seaweed is a great biofilter. It could easily work with existing aquaculture operations like mussels and oysters, large fish or shellfish operations, it could act as a nutrient filter. Seaweed requires CO2 which is good for the water, good for coastal communities and good for livestock,” he said.

However, there are also some challenges in growing the seaweed. The algae need specific growing conditions and its life cycle needs to be fully understood, as well as there being regulatory hurdles that would restrict production.

“The number one challenge is that it has never been done before, not to the scale we need it,” Kinley said.

According to Gatenby the seaweed only needs to make up 0.2 percent of a feedlot ration to reduce the amount of methane filled gas that livestock produces by up to 99 percent. The goal is to first roll this product out to cattle in the feedlot sector, then the dairy sector and later the grass-fed sector. It is planned to first be available in Australia but eventually internationally as well.  Gatenby says it would take an adoption rate of around 20 to 30 percent across the Australian feedlot and dairy sector for the reduction in methane emissions to be substantial.

“At the end of all this, the major win is reducing the contribution of greenhouse gas into the climate change problem,” Kinley said.

“The sweetest thing about it all is, it’s just seaweed.”

There has been some debate over whether this would be a solution long term and whether or not it would be viable to produce on the scale needed for global consumption. Alexander Hristov,  professor of dairy nutrition at Penn State University has said that whilst it looks promising research is still required.

There is also a worry that the microbes in the cow’s stomachs would adjust to the seaweed additive and it would lose its effectiveness.

ARTICLE: Brittany Carlson is a second-year Bachelor of Media and Communications Journalism Major at La Trobe University. You can follow her on Twitter @media_brittany.

PHOTO: Cows cow field by YRShots available HERE and used under creative commons attribution. The image was not modified.