AFLW players Ash Brazill and Lauren Spark weigh in on whether the AFLW should be a fully professional league. 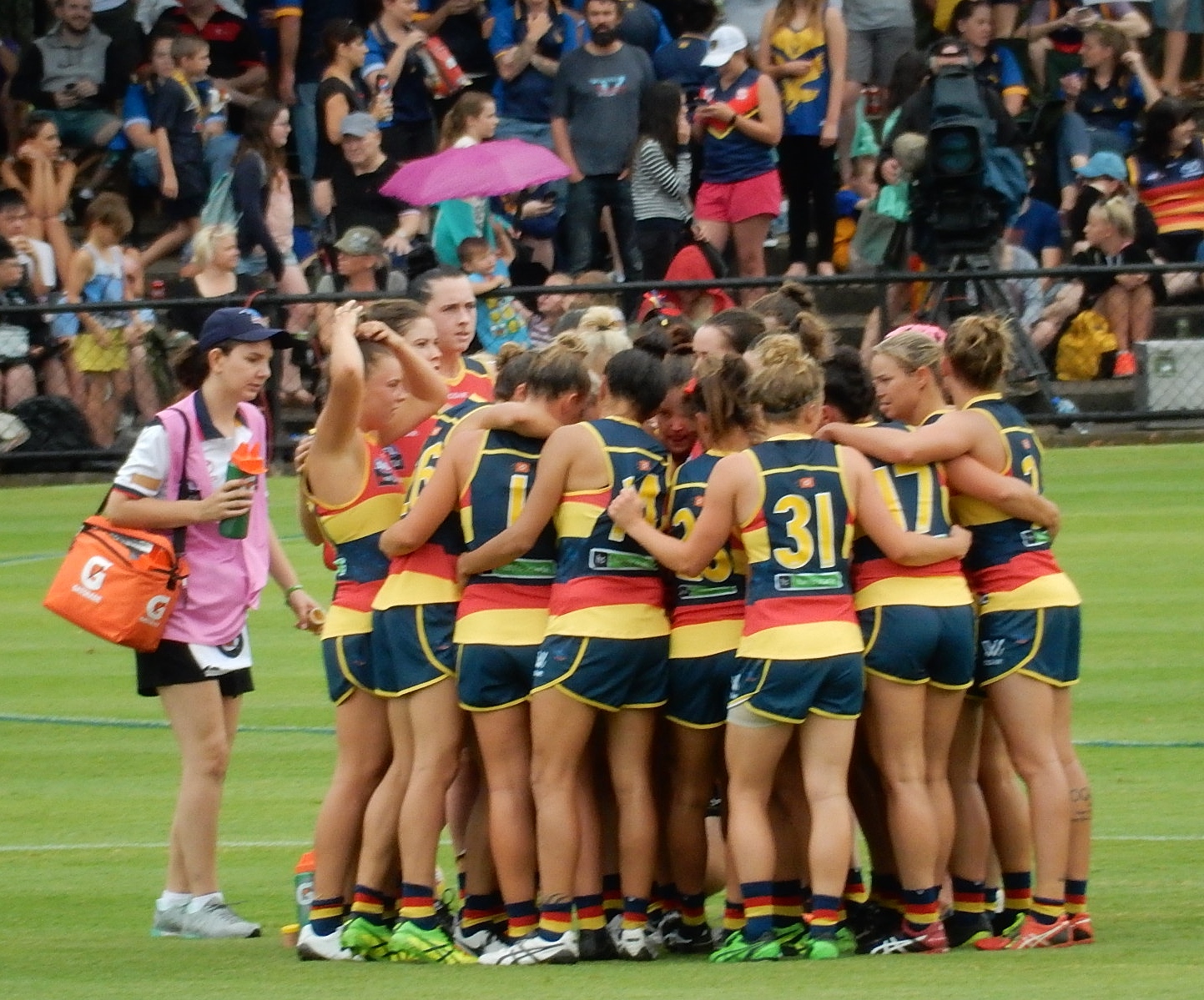 Playing the sport you love for a living is what many sports fans consider a dream come true.

But for AFLW players, this comes at a cost, as the semi-professional nature of the league means they still must have another job to earn an adequate income.

Prominent journalists Sam Lane and Kate O’Halloran are two of many people advocating for a full-time AFLW competition.

Many believe the AFLW competition should run for longer, meaning that the players can focus on just playing football, rather than their other jobs.

Western Bulldogs premiership player Lauren Spark is a primary school teacher by trade, but she also runs a business called Crosscoders, which recruits international players into the AFLW.

With such a busy life, she says the AFLW should be a full-time profession to help players focus on just one aspect of their lives.

“The aim, ideally, is that we’re full-time athletes and we’re getting full-time pay,” she told upstart.

“I don’t think I’ll see it in my time, which is okay. The young girls in my team will probably see that and get reward for their efforts.”

Ahead of the 2019 AFLW season, the league announced its first Collective Bargaining Agreement (CBA), with total player payments (the amount of money all players collectively receive in the competition) increasing by 38 percent.

While the increase is significant, it looks minuscule compared to the men’s competition, whose total wages are collectively worth $1.84 billion.

But for the women, the top AFLW players earned just $24,600 this season.

“Players continue to juggle their football responsibilities, with full or part-time jobs, study and family life and this deal will help shape an environment where they can thrive,” he told AFL.com.au.

This works for Collingwood defender Ash Brazill, whose other job is playing for the Collingwood Magpies netball side.

If the AFLW becomes a professional league, she will have to choose one sport to pursue, which is a decision she is dreading to make.

“It’s scary in one way then not scary in the other because the club is just so supportive,” she told upstart.

“My netball coach has been to every single footy match, he comes to training, he asks me questions. He just wants me to be the best athlete I can be. To have that from coaches is awesome.”

Brazill concedes that she would love the AFLW to become a full-time league but knows she may have to give up her spot in the league should she choose netball, as she can’t juggle two full-time sports.

“I would love to see AFLW at a level where you can’t do both [sports],” she said.

“I hope that one day, football gets strong enough where you have to be the best athlete in the league to be able to  [play both sports].”

A typical day for Brazill is a hectic one, arriving at the club at 7am and not getting home until 10pm.

The day incorporates various training sessions and meetings for both AFLW and netball, as well as a four-hour block where she works at the club.

Even though it’s a long day, Brazill wouldn’t change a thing about it.

“If I was at the club all day just for netball or just for footy, I’d probably go crazy but once netball’s done at two o’clock, I’m already into footy mode and I’m already excited to see the footy girls. I’m 29 and I feel like I’m 19 again, I just have so much energy. It makes me love both sports more.”

The story is different for Bulldogs defender Spark, who has to compromise during the AFLW season.

While nothing changes for Brazill in terms of her netball commitments, Spark needs to cut back on her days working at Footscray North Primary School.

“The school I’m at now has been super supportive in all that I’m doing,” she said.

“I love that I’m able to do these things in women’s sport like play the games and train throughout the week. I just make sure that I’m not doing too much all the time and really balance it out a bit.”

The balancing act becomes hard for some AFLW players, as they are often hitting the gym from October in the lead-up to their season in February.

This means that many players are training more than 13 hours per week during the pre-season.

On top of that, life goes on for many AFLW players including Brazill, who has just announced that her and wife Brooke are expecting their first child.

While playing the sport you love may be a dream come true, for AFLW athletes, the dream comes with a few additional pressures due to the semi-professional nature of the league.

Photo: Pre-Match Huddle by Michael Coghlan available HERE. Used under a Creative Commons License. This image has not been modified.