This app has seen short bursts of distraction, in the form of dance clips and comedy skits, reach millions of people around the world. 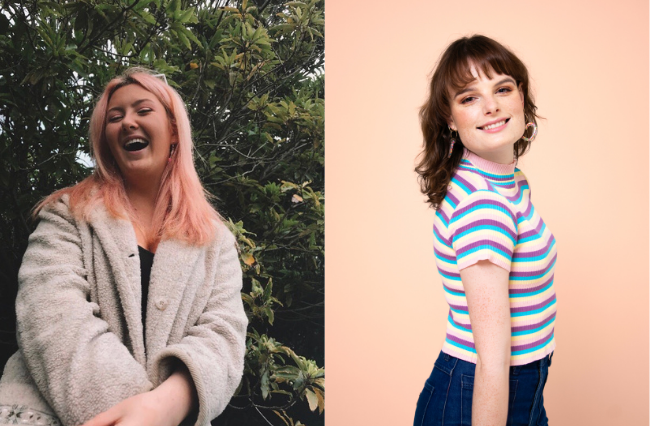 A 20-year-old boy and his mini-me brother both dressed in grey sweatpants and a black hoodie dance along to the song Me Long Ponga Pa Tra while making their way down an escalator.

It’s one of TikTok’s most liked videos, currently standing at 25.5 million likes, 233.4 million views and 118.9 thousand comments. This 12 second clip of Michael Le, also known as JustMaiko, and his 5-year-old brother Johnathan, has reeled in an audience nine times the size of Australia’s population.

So, what is it about this video and various others that entice so many people to tap that little white heart on the right-hand side of the screen?

TikTok, previously known as Musical.ly, is a video-sharing social media app that allows users to create 60 second clips using a range of different filters and sounds. With 800 million active monthly users, it’s one of the fastest growing platforms in the world.

In today’s virtual landscape, the ability to create audio-visual content is easily accessible to many. If you have a smartphone and a social media platform, creating content is literally a few clicks away.

This has left apps like TikTok constantly inundated with new content, so the need to stand out from the crowd is essential when creating material, especially if you want it to reach a large audience.

Dixie D’Amelio is one of the apps biggest creators, with a following of 39.7 million and a collective 1.3 billion likes. In an interview with The Guardian’s Tom Lamont she sums up the phenomenon of videos reaching such a wide audience so quickly.

“If someone has never used TikTok before and they come on it, they’ll have no idea what’s going on. Things go viral and then disappear right away. It comes and goes, and comes and goes,” she told The Guardian Australia.

To go viral on TikTok, your video has to land itself on the ‘For You’ page (FYP) of millions of different users across the world. The FYP presents a stream of videos curated to the user’s interests. This feed is based on a recommendations system which takes into account user interaction, video information and account settings among other elements.

Not knowing why or how something goes viral is a question many creators face today. Hannah West is an 18-year-old TikTok creator from Victoria and first gained popularity on the app with a comedy skit that made a joke out of people who ordered plain milk at a restaurant. The video now has over 700,000 views.

“I didn’t expect it to go anywhere, cause [sic] it was just like a dumb video, and then it just blew up,” West told upstart.

“Adding that element where I spat – I literally spit on a kid – that’s shocking…it’s got that different sort of shock, like ‘oh my god she did that wow’.”

The results from a survey by social media and viral marketing scientist Dan Zarrella, suggest that humour is one of the most shared types of content on social media, with 66 percent of respondents sharing for the purpose of comedy.

Australian comedian, writer and now TikTok creator Samantha Andrew is a strong believer in using humour when producing short video skits for her 130.6 thousand followers. The first video of hers to reach a large audience is titled “Shopping with your friends when you were 12”. Now some of her videos reach over a million users.

Andrew says the success of that video came down to comedy and relatability. She was able to draw in two types of audiences – the older generation who like to reflect on the past and the 12 to 14-year-olds who are currently in that stage of life.

“Every young kid has felt the experience of going shopping, whether that be with their parents or just with your friends, and I feel like it was quite a broad topic,” Andrew told upstart.

“It was quintessentially Australian, and I like that. I think that’s how I got a lot of views and a lot of engagement.”

Some of the main reasons for sharing online include; connecting through shared interests, socialising with friends and starting conversations online. West has noticed that the videos of hers that do “well” are the ones that draw on these principles.

“Make sure you’re hitting that audience that are gonna [sic] be interacting with it a lot, so something that’s shareable,” she said.

“Comedy is usually the shareable stuff, cause [sic] people want to laugh with their friends.”

The speed at which the internet and social media algorithms are changing makes it hard to pinpoint what exactly causes a video to go viral, but TikTok has presented that opportunity to anyone with a good idea and a few minutes to spare.

Andrew has found that the key to creating good content on the app and increasing your engagement is finding your niche and producing good quality content that will capture your audience’s attention in the first five seconds of the video.

“There’s a million and one people on TikTok that can dance, and if you’re a dancer that’s great, but how can you make something that’s different,” she said.

“It’s okay to use a trend but make it your own. You don’t have to copy people to do well, people want to see something new.”

Article: Aisling O’Mahony is a third-year Bachelor of Media and communications (Media Industries) student at La Trobe University. You can follow her on Twitter @AislingOMahony.