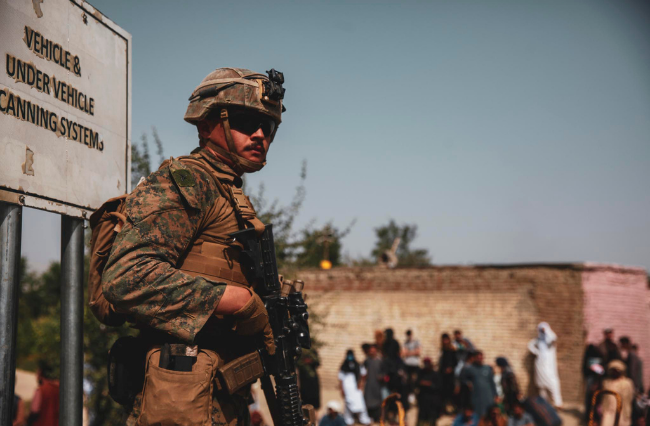 The Australian government has granted around 50 humanitarian visas to Afghan athletes and their families fleeing the Taliban.

Two Paralympian athletes were also granted visas with advocates still holding out hope for them to compete in the coming Tokyo Paralympics starting Tuesday.

The group had spent up to 24 hours at Kabul Airport trying to board a flight out of Afghanistan, crowded with thousands attempting to flee the country. At least three people have died at the airport since the country fell to the new regime, with Taliban militants now closing access to the airfield.

“There are people in their thousands, as you’ve seen, crowding around the entrances to the airport, and there have been unfortunately injuries as well and we have had to address some of those amongst our passenger cohorts, too,” the foreign minister, Marise Payne, told The Guardian.

Among those involved in raising awareness for the athletes was former Australian footballer and human rights activist, Craig Foster, who welcomed the news on Twitter thanking all who was involved in their safe return.

I want to acknowledge Ministers Payne, Hawke, Colbeck & all involved in news about Afghan athletes

Given the ongoing situation however, I won’t comment further right now

Sending 💜 to all fleeing persecution

As we Australians watch from afar, hopefully it’s pause for thought.

It comes after around 100 Afghan nationals who guarded The Australian Embassy were originally told to “contact a migration officer” as they were denied humanitarian visas. In letters obtained by the ABC, the Department of Foreign Affairs and Trade (DFAT) wrote to the 100 embassy guards and maintenance staff that they were “not eligible for certification”, before reversing that decision and accepting applications the next day.

So far, more than 1,600 people have been evacuated by Australian and New Zealand forces within the past week with the Federal Government promising they will allocate 3,000 humanitarian visas to Afghan nationals.

Though Prime Minister Scott Morrison warned that the unpredictable situation at Kabul could mean any flight evacuating people from Afghanistan could be the last.

“We’ve been going like we won’t be able to get another flight in the next day, so we’ve been trying to make every flight as successful as possible,” he told the ABC.

In the wake of the military occupation of Afghanistan, world leaders have pledged to increase humanitarian support for civilians fleeing the oppressive rule of the Taliban, including Canada who has offered 21,000 visas to Afghan nationals.

In a press conference last Wednesday, Scott Morrison said Australia’s immigration policies “have not changed” even under the circumstances in Afghanistan.

“We will only be resettling people through our official humanitarian program going through official channels. We will not be offering a pathway to permanent residency or citizenship,” he said.

Photo: U.S. Marine Corps photo by Sgt. Isaiah Campbell/U.S. Central Command Public Affairs is used under a creative commons licence and is available HERE. The image has not been resized.