Up to 63cm of rain is expected to hit parts of the island. 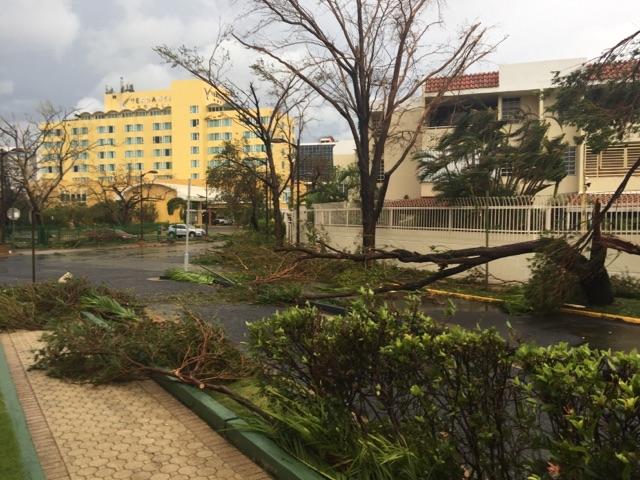 The island of 3.3 million people has been left without electricity, which could take days to restore according to LUMA energy and the Puerto Rico power authority.

The National Hurricane Centre (NHC) said the hurricane is a Category 1, adding that flooding and landslides are on the way too.

“These rains will produce life-threatening and catastrophic flash flooding and urban flooding across Puerto Rico and the eastern Dominican Republic, along with mudslides and landslides in the areas of higher terrain,” they said.

Flights have been cancelled, and ports have been closed on the island. More than 100 shelters have been opened across Puerto Rico as the rain and wind persist.

The NHC warns that 30-40cm of rain could be on the way, with some parts expected to see up to 63cm of rain.

Hurricane Fiona comes five years after Hurricane Maria hit Puerto Rico, which has left the island’s power grid in a fragile state ever since.

A man in Guadeloupe has died and is so far the only reported death relating to Hurricane Fiona after his house was swept away due to flooding. French President Emmanuel Macron said that a state of natural disaster will be recognised for Guadeloupe.

The storm is expected to reach the Turks and Caicos islands on Tuesday according to the NHC.

PHOTO: Puerto Rico after Hurricane Maria by Western Area Power available HERE and used under a Creative Commons License. This photo has not been modified.