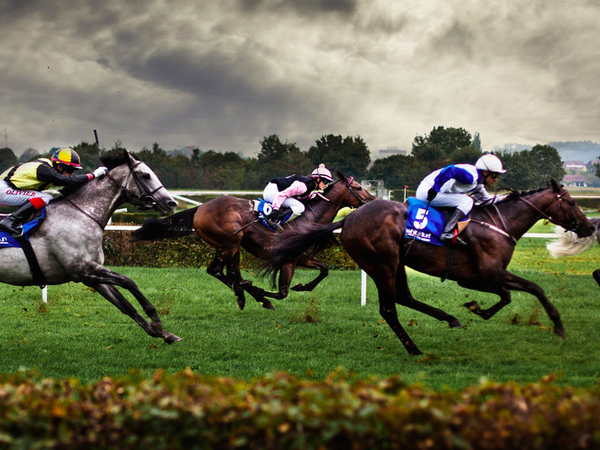 Wagering company William Hill has come under fire again after adding a new feature to his in-play betting service.

The service now allows punters to place bets up to 20 seconds after the race has started.

The new feature, advertised as ’20 seconds after the jump’, was promoted to thousands of sports fans during last weekend’s broadcasts of the AFL and NRL Grand Finals.

The in-play feature has caused a lot of controversy, with many convinced it breaches Australia’s gambling regulations.

William Hill is known for pushing the boundaries and also overstepped the rule that live bets need to be placed in person or over the phone.

The company also dodges the rule by instructing users to turn on their smartphone microphone while making a bet, even though no words need to be exchanged.

However, it’s important to consider why in-play betting is so worrisome.

A report published in The Economist shows that Australians are the biggest gamblers in the world, with a total loss of $21.5 billion in 2013 alone.

On average, every Australian adult loses just under $1,300 per year.

As a nation, the amount we lose to gambling is nearly five times what we spend on foreign aid.

Although poker machine gambling remains the biggest game in the country, accounting for $1.1 billion in losses, sports betting is taking Australia by storm.

Companies like Crownbet, Ladbrokes and William Hill utilise smartphone apps to allow users to place bets on games in seconds.

But what is so addictive about sports betting?

Manager of the Australian Gambling Research Centre, Anna Thomas, tells upstart that the continuity of live betting is what makes it so addictive.

“The main issue with live in-play betting, as opposed to outcome betting, is that it makes betting much more continuous,” she says.

“Rather than players making a single $20 bet on the outcome of a game, they may be constantly making five dollar bets on upcoming outcomes with far less time to think and consider how much they are losing.”

Thomas says that the instantaneous nature of sports betting puts gamblers in a “hot cognition” mode.

In this mode, a gambler is more responsive to environmental factors, and is prone to make impromptu decisions led by emotion rather than rationale.

“They can lose a lot without really realising it… they are now in a hot cognition mode, drawn into the excitement of the game, rather than a cool thinking cognition mode,” Thomas says.

“A string of losses may tip someone into chasing their losses with more and more bets.”

Young people, particularly males, are paying the price for their impulsive decisions. Research shows that the number of young people seeking gambling help has doubled in the past three years.

Some teenagers are accumulating online betting debts of up to $30,000.

“Gambling is becoming more and more enticing. It increases people’s heart rates, especially young guys that love that feeling of an adrenaline rush, it adds to the excitement of the game, especially if you can bet so close to the moment,” she says.

However, Oakes says this thrill is problematic because it hinders their ability to make informed decisions.

“Anything that stops a person’s ability to think clearly and make informed decisions is dangerous,” she says.

“They’re focused on winning or the next game, so much so that their focus is narrowed and they can’t think clearly about obligations, basic needs, family or work because they become so drawn in.”

Oakes says that the majority of treatment programs are targeted at casino gambling addicts.

She says that treatment plans need to accommodate for the increase in sports betting addictions, and young people with addictions.

“They [young people] respond differently, engaging young guys completing sessions of treatment is really hard, so we have to adapt the treatment program,” she says.

Having worked as a counsellor previously, Oakes says that gambling is a cultural issue.

“Gambling will always be a significant part of Australian culture, and the more available gambling is, the easier it is and the more exciting it is,” she says.

“It will continue to be a problem for some people.”

And although the nature of sports betting differs to traditional gambling, we should not underestimate its ability to be just as addictive.