Researchers have warned of the likelihood of an influenza outbreak the size of the Spanish flu. 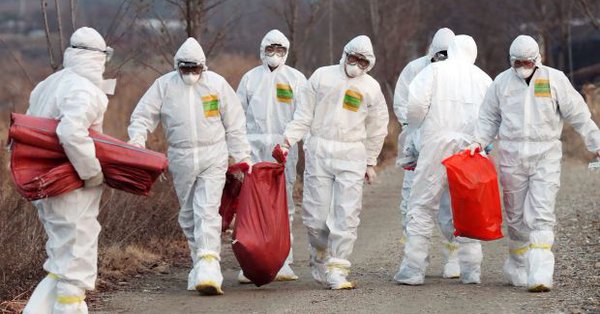 The risk of an influenza epidemic has increased, researchers have warned.

University of New South Wales (UNSW) researchers published the study in the Archives of Public Health, and recommended that measures be put in place to prepare for a pandemic.

Director of the UNSW’s Integrated Systems for Epidemic Response Raina MacIntyre told The Age that it is a true increase, rather than a case of more strains already in existence being detected.

Professor MacIntyre struggled to account for the increase in new strains.

“Some of the reasons involve things like climate change and its impact on pathogens, changes like urbanisation, but none of these things have increased at the rate the virus is increasing so there’s something else going on.”

Professor MacIntyre also said that an epidemic on the magnitude of the Spanish Flu was very possible.

This was followed by a 40 year period of no new flu strains, and then a 10 year gap between one outbreak to the next.

The new strains are all transmissible between birds and humans, but study co-author Chau Bui told The Age the increased number of strains circulating between avian species and humans meant the likelihood of a mutation to a human-to-human strain was high.

7,000 influenza cases have already been diagnosed in Australia this year, an increase of about 1,000 since this time last year.

BTS action at today’s Melbourne event. Protect you and your loved ones this flu season by saying #Hitmewithyourbestshot ! pic.twitter.com/hsapnDYe0w

As of this year all pharmacies across Australia will be able to administer the vaccination, and today Carlton is hosting a free flu vaccination drive.

Influenza is responsible for about 3,000 deaths in Australia a year, and the researchers found that only one in four of the children who died between 2010 and 2014 were vaccinated.

The recent vaccination push has been focused on improving vaccination rates among children but it seems our efforts have been misplaced.

A Medical Journal of Australia report suggests that focus should be on unvaccinated adults, who make up 92 percent of all unvaccinated Australians.

Annual vaccinations are recommended due to the yearly change in strains circulating.

Only 41 percent of Australians were vaccinated in 2016.