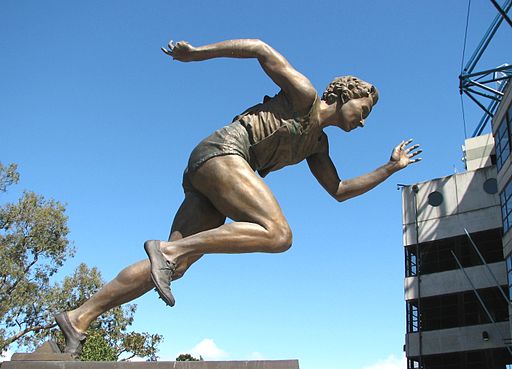 Netball Victoria has marked International Women’s Day by calling on the state government to fund a statue of a netball sporting icon outside the newly named John Cain Arena.

The $250,000 pitch to celebrate more female sporting icons will recognise and reify the success and cultural impact of netball in Victoria.

As Netball Victoria points out in their submission, of the 32 statues of sportspeople around the city, only three are women.

This means there is the same number of female athletes commemorated as there are horses in the hailed sporting capital of Australia and the world.

Netball Victoria CEO Rosie King spoke of the need to have another female athlete represented in Melbourne, alongside existing statues celebrating the triumphs of runners Betty Cuthbert and Shirley Strickland at the MCG and AFLW player Tayla Harris at Federation Square.

“We have to empower our young women by showing them that they are equally as capable of achieving excellence in sport by reflecting the same icons and tributes that our male athletes have enjoyed,” King said.

According to King, Australia needs to better protect the achievements of its female sporting legends and the legacy they have left on their sport.

“We know that sport is a powerful vehicle for change and now more than ever, we need to visibly promote the success of our female athletes who are in every way as worthy as the men,” she said

“Statues may be silent but their presence in our community speaks volumes.”

John Cain Arena has hosted professional netball since it was built, housing the Melbourne Vixens and preceding teams the Melbourne Phoenix and Melbourne Kestrels.