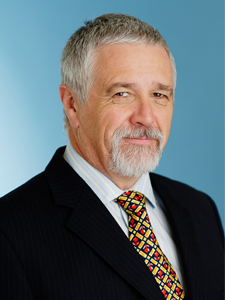 Having recently won ‘Best Talk Presenter’ at the Australian Commercial Radio Awards, it is little wonder that Neil Mitchell is known as Melbourne’s emperor of the airwaves.

Mitchell has dominated talkback radio on 3AW for 25 years, and his working background confirms that he is one of Australia’s most experienced, and some may add ‘powerful’ journalists.

Beginning his career as a cadet journalist, Mitchell worked in newspapers, radio and television. He was also one of the youngest editors of a daily metropolitan newspaper, The Herald, and adding to his current portfolio, Neil writes a weekly column in the Herald Sun.

So, what was it exactly that made Mitchell want to become a journalist?

‘I didn’t want a job that tied me to a desk,‘ Mitchell says. ‘I wanted to be challenged, and see the world. I was terrified of being bored and hating my job. That is the way to ruin a life.’

Having over forty-two years of journalistic experience, Neil never thought he would have the success that he’s had and says he never intended to work in radio.

Having interviewed numerous people including Australian politicians and celebrities on his popular 3AW morning show, Mitchell always attempts to make sure an interview runs smoothly.

‘I background myself properly and construct an interview. I want to be sure I have the right first question and a powerful final one. In the middle it can go anywhere but I know what I want to achieve from it, and what I want to find out. Think it through is the best advice.’

So what does Mitchell avoid in an interview?

‘Don’t be boring and don’t try to trick people. The audience will see through it even if they don’t. Don’t stick to prepared questions when the interview rarely follows them and never stop listening and thinking,’ he says.

Being a prominent interviewer, one of the most important aspects of interviewing he says is ‘by asking and by being forensic in the detail’. And ‘background and persistence,’ are the key to getting an answer that he wants.

Mitchell’s persuasive opinions and passion for issues shine through his tone and style of language. ‘People are the driving force. I work for the people. I represent them. I am driven by injustices and pompous community leaders who care more for themselves than for those they supposedly work for.’

It hasn’t always been an easy ride for Mitchell, as seen with the recent 3AW ratings loss. ‘There is a degree of self analysis after any setback,’ Mitchell says. ‘I always stay true to my aims and style. It has worked for 25 years so is unlikely to collapse suddenly. Although who knows?’

Within the talkback radio industry, out of ten of the most popular hosts, only one is female. Asking Mitchell if he believed there is any room for a future female talkback anchor, he gives insight by stating: ‘I think it will change, women dominate off-air and have a huge influence on the final result. Some fools in the industry believe a female voice is a turn-off. They are wrong. They are not in this century.’

As Mitchell marks his 25th anniversary at 3AW next year, he confirms that he has signed for a further three years, adding, ‘then I don’t know. One of my rules is never to plan ahead, if you do that you focus on the destination not the journey.’

Even though he encompasses such experience, Mitchell is humble. ‘I am still learning. Self satisfaction is death in journalism. I am never happy with what I have done, always striving to improve’, he says.

As any curious student journalist wonders, what does Mitchell most love about his job? ‘It’s the unpredictability. It is a privilege to have access to a microphone.’ Mitchell believes that ‘dedication, determination, integrity and being an incurable busy body’ make a successful journalist.

‘Be honest to yourself and your audience. Always listen more than talk. Don’t take yourself too seriously. Any power you have is through your audience, not your own good looks.’

Mandi Santic is a first-year Bachelor of Media Studies student at La Trobe University. This is her first piece for upstart.