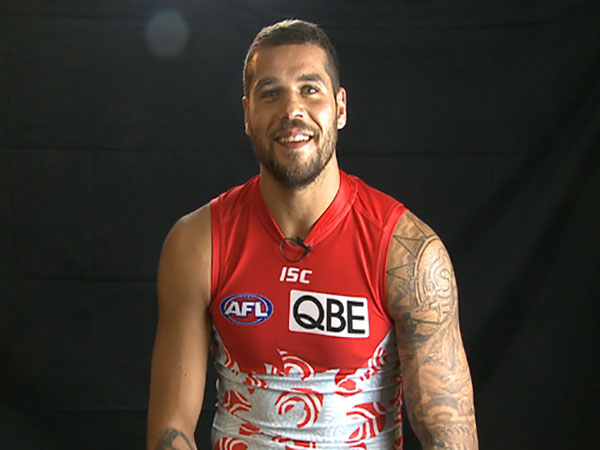 In AFL, a champion is skilled, strong, consistent and dependable. A freak is a player who is neither consistent nor predictable but does what others cannot. Freak players are exciting because anything could happen, at any time.

Lance Franklin is undoubtedly a freak, but not a champion.

As the golf adage goes, “you drive for show. You putt for dough”.

To apply this to Franklin: he creates more chances than most key forwards, and in a more spectacular way.

The sight of Franklin shimmying, accelerating and muscling his way towards goal is always thrilling. However, his poor kicking for goal nullifies such brilliance and stops him from being a champion.

His performance under pressure against the Hawks two weeks ago defined his flaws. He racked up an impressive 21 disposals, presented hard and got nine scoring shots.

Put simply, his driving game was excellent. But his putting wasn’t as in front of goal, when the heat was on, Franklin kicked 2.7.

Below is a table comparing Franklin to three undisputed champion key forwards of the modern era: Jonathan Brown, Matthew Pavlich and Wayne Carey.

Franklin’s accuracy ranks well down in comparison, nullifying his overall influence on games.

He clearly averages more goals per game than any of his rivals here. However, he has spent the last eight years in elite teams that have provided excellent and prolific service.

The same can be said of Carey, who had a premiership winning team’s entire game plan built around

him. Brown has played finals just once in ten years with the Brisbane and Fremantle have been a finals participant in just five of Pavlich’s fifteen seasons.

Brown and Pavlich have a better success rate than Franklin and Carey but with Pavlich spending much of his early career in the backline, it makes their average for shots on goal even more impressive.

In a way, the criterion for a champion forward is simple: create chances and make the most of them.

Franklin’s talents and efforts are, for the better part, unquestionable, as is the fact that he creates chances. But he just does not capitalise on them, unlike Brown, Carey and Pavlich. He may be quicker and more athletic than all three of them, but he misses an important trait of a champion key forward, efficiency.

So how does Franklin perform under pressure, that other great test for champions, compared with Carey, Brown and Pavlich?

The table below compares their respective abilities to stand up in finals – when it matters most.

Comparing Franklin’s finals record with that of Brown’s, Pavlich’s and Carey’s, he is again overshadowed.

He is actually more accurate in front of goal during a finals match than his overall average: an increase of 1.1% which, while not indicating that he’s a crunch-time champion, would suggest that he can hold his nerve under pressure.

However, Franklin will average 2.2 shots less on goal during a final than for his career average. Of the four, he is an unfortunate stand out in this regard: both Pavlich and Carey have more shots, while Brown is a mere 0.79 under his career average.

Franklin will also find it hard to forget his now infamous inaccuracy in the 2012 Grand Final: 3.4 from nine shots as the Hawks fell 10 points short of the Swans. Give Brown or Pavlich nine shots on goal in a Grand Final and they would kick six. Hawks most likely win.

Champions, again, stand up when their teams need them the most. Anyone remember James Morrissey?

Morrissey played 106 games for Hawthorn in a forward line alongside Dermott Brereton, Jason Dunstall and Leigh Matthews during the 1980s. He averaged less than a goal per game and was known as ‘The Freak’.

His anonymity should serve as a warning that history cares little for talented, yet unreliable, players.

If a freak isn’t a champion, he must improve. If a champion isn’t a freak then it doesn’t really matter.

Callum O’Connor is a first-year Sport Journalism student at La Trobe University. You can follow him on Twitter: @C14Connor.