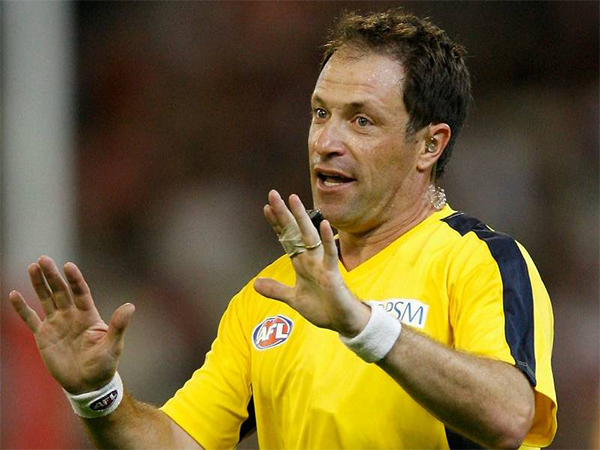 The decision was made after a lot of pressure and media coverage around the issue.

Australia’s recent triumph at the 2015 Asian Cup, and the Western Sydney Wanderers’ success at the 2014 AFC Champion’s League, demonstrate the progression of the country’s soccer community.

And the FFA is proving its dedication to the game by appointing full-time referees.

A step in the right direction but leadership & communication with @ALeague club football departments is still key… https://t.co/voBo2JLxqR

Now the pressure’s on the AFL to make similar changes.

Early in his tenure, the AFL’s Director of Umpiring Wayne Campbell, dismissed the idea. He said the job didn’t carry enough tasks to fill full-time hours.

“Obviously there’s a chance that it could happen in the future, but at this current time I don’t think we need to go full-time,” he says.

The FFA believe that by employing referees on a full-time basis, they would have a greater work-life balance.

Vozzo, who now works as an AFL umpires coach, believes that may current AFL umpires can already manage their other commitments around umpiring.

“There are a lot of guys now who actually work either four day weeks or nine day fortnights and have that extra day off every week or every second week, and when they get to summer, they go back to working their normal five day week,” he says.

“I think most guys have got the right balance and we’re pretty comfortable at the moment.”

FFA Director of Referees, Ben Wilson, was integral in implementing the full-time referee positions. He tells upstart that work-life balance was a selling point for the new positions.

“Instead of having to do this job, which is nearly a full-time job already, plus full-time employment, they’ll only have one job and that will give them a better work-life balance,” he says.

The full-time officials will now have more time to preview matches and more time to undertake weekly tactical analysis of the teams they will be officiating over the weekend.

Wilson says this will raise the standard of refereeing.

“In previous seasons, our coaching was limited to a one hour teleconference and two one and a half hour training sessions. Now they have them nearly every day available for technical training, fitness training and general match preparation,” he says.

Even though the financial remuneration is not as much as some officials were hoping for ($85,000-$105,000 including superannuation), Wilson says that wages won’t deter referees from applying for the job.

“Nearly all the referees who were on the panel last year have applied for the roles, so there is actually an interest for these guys in getting that work-life balance,” he says.

“Some of them are willing to take a bit of a financial cut to achieve that work-life balance and pursue a dream of full-time refereeing.”

“It’s different to AFL players, most of them get into the full-time system in football [when] they’re 18 or 19 so they’ve just left school,” he says.

“By that stage, most guys have forged careers and worked really hard to get to a specific level in their workplace before they reach the AFL. I can’t see money being a contributing factor because most people will already be working.”

Despite the AFL’s current contrarian stance, there’s no doubt they will keep a keen eye on the FFA’s full time referees.