What does it mean for Australian society when newsrooms are closing all around Australia in the wake of the COVID-19 pandemic? 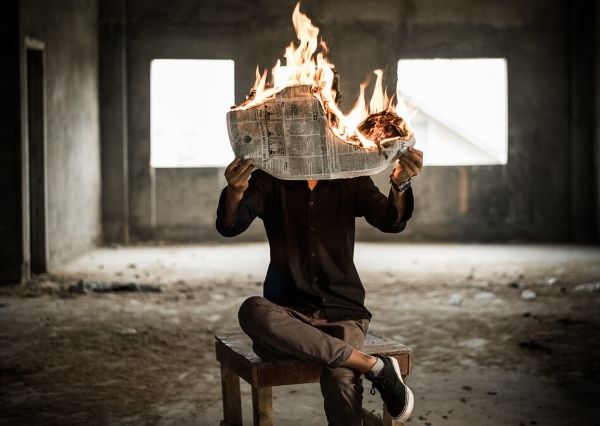 The Australian media is under immense pressure following News Corp’s recent announcement to end more than 100 Australian local and regional print newspapers by moving most to digital as critical revenue streams dry up in the wake of the pandemic. It’s a move that could cut up to a third of the company’s workforce. This compounds the loss of around 500 jobs if the Australian Associated Press can’t be saved by investors and closes in June as planned, after 85 years of operation.

But why should we be concerned about the economic impact of COVID-19 on the Australian media? According to the Public Interest Journalism Initiative (PIJI), the loss of local media organisations and many journalists’ jobs means Australians will likely receive vastly reduced coverage of areas like councils, parliaments and courts.

Professor of Political Science at Melbourne University, Sally Young, says journalism is a public service that is vital for a democracy, but the business model that supports journalism and a free market economy can dictate what is considered newsworthy by the media.

“We would like to think that there are other things besides from money involved here but money was at the heart of making those commercial media outlets produce journalism, they couldn’t produce it otherwise,” Young told upstart.

“The big question now is how are we going to make journalism pay? And that has become even more of an urgent question now that coronavirus affected the news media organisations.”

Young found some media outlets have betrayed their audiences by prioritising business over public health. She compared the media’s portrayal of the Australian Government’s economic stimulus spending during the Great Depression, which outlets described as “economic insanity”, to media organisations like News Corp using their platform to downplay the severity of the COVID-19 pandemic.

According to PIJI, commercial interests and a lack of resources for newsrooms may interfere with the coverage of events and issues, creating an editorial deficit, which can severely limit journalists in serving the community. Young believes that commercial interests have influenced the newspapers’ stance on measures taken to reduce the spread of COVID-19.

“The newspapers take a position. Now they are businesses, so they exist to make money for shareholders who are invested in them, if they don’t do that they don’t survive. So they have a commercial interest in [the pandemic] debate, and most debates,” Young said.

Whatever is decided concerning the pandemic will impact the media enormously, and Professor Young says commercial media organisations “have a lot of interest in things you might not particularly be aware of”.

“They’re not just a news outlet. They run real estate websites, they want houses up and running and selling, that’s really important financially to them to have auctions back up and houses selling.  They’re book publishers, they’re invested in radio stations, cable television, they need sport to be up and running for cable television,” Young said.

“They’ve got all sorts of commercial interests that underlie what they say in their content. So, some of the commercial agendas that they have to keep in mind, that is their business interests.”

Journalism in the public interest is what commercial outlets aim to produce, but it’s an expensive process that all has to be paid for. Young says that money underlies everything, even the ABC and non-commercial independent media outlets still need revenue to support their journalism.

“People might say they value [public interest journalism], but do they pay for it? Will they subscribe? Will they donate? Especially now when jobs have gone, people are in difficult financial straits themselves, so it’s going to be difficult to fund it,” Young said.

As a total of 112 News Corp newspapers close, 36 of which are gone for good and 76 will move online, what happens to staff and how local reporting will operate moving forward is uncertain. Jess Coates, a journalist at the Geelong Advertiser, who grew up in rural Victoria, says the loss of local media due to the pandemic has hit rural communities hard.

“A lot of these small towns, the newspaper, the local weekly newspaper, all the local TV stations, or the local radio station is their only source of news,” Coates told upstart.

Discontinuing these newspapers threatens to create a ‘news desert’ in affected communities, which PIJI demonstrates in a map recording newsroom closures across Australia. Coates says, “these are the news outlets that are covering what’s happening on your street”.

“The media has a really important job in enforcing transparency at every level of government, through our court system and through every government body that we have. Fair and accurate reporting of local events is really vital to make sure that our local ecosystems are ticking along, and that people are held accountable regardless of where they stand in society.”

Photo: by Nijwam Swargiary available HERE. The image has not been modified.