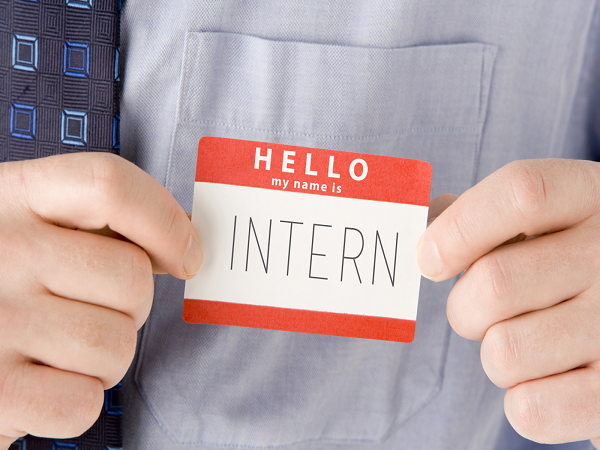 It’s important that you get as much out of your internship as your employer gets out of you.

Why are unpaid internships problematic?

Whether you’re still in university or you’ve just graduated, unpaid internships are a reality for many media students.

Accepting an internship with poor financial conditions often seems to be the only way to get a foot in the door.

Although there are no definitive statistics on how common internships are in the Australian job market, the unemployment rate for 15 to 24 year olds is at an all time high of 13.5 per cent.

Of these numbers, an increasing amount of graduates are required to partake in unpaid internships as a lead up to gaining entry-level employment.

Job sites aimed at younger readers are full of ads for unpaid or volunteer internship positions.

More than one-third of jobs advertised on pedestrian.tv are advertised as internship or work experience positions.

However, a number of these internships may not be as beneficial as students think.

Maree, a student currently completing a journalism internship, tells upstart that an ideal internship should allow students to improve their skills.

“I believe the purpose of an internship is to discover your strengths and weaknesses,” she says.

“Ultimately, you should come out of the internship feeling more confident about yourself as a writer and where you want to go after you graduate.”

This is not the case for many young people hoping to break into the media industry.

Under Australia’s Fair Work Act, if interns are doing work that constitutes an “employment relationship”, they are considered employees and must be paid.

Under this law, many unpaid interns may actually be considered as employees and could be missing out on payment and other financial entitlements.

But it’s not always about the money. Many students are genuinely looking to gain valuable experience.

“This is my second internship and this time it’s at a bigger publication and it hasn’t been what I expected,” Maree says.

“I am four months into my six month internship and I don’t feel like I have progressed at all.”

Maree says she doesn’t receive any feedback or guidance on her work.

“Not all of my work gets published, which is okay, but I don’t get any explanation as to why,” she says.

“I just do my thing and go home. I just feel like a number really.”

Internships are necessary, but is there an alternative?

Media lecturer at La Trobe University, Mandy Crane, tells upstart that it’s best to get a variety of experience.

“So you want to go into print, and you’ve done something at a network or you’ve done some stuff for SYN, I would look at that as an employer and say ‘okay this is a kid who’s going to try every avenue she can to get into that business’,” she says.

Crane says that although the internships offered by larger media outlets are beneficial to students, some employers are willing to step over the line and into the realm of exploitation.

Executive director at Interns Australia, Colleen Chen, tells upstart that the lack of data surrounding internships means that educators may be unprepared to deal with the repercussions.

“They don’t really know how to handle it. For them it’s a risky issue, they don’t want their students to be going off and applying for random internship opportunities that may not deliver the learning outcomes that it was meant to,” she says.

“With all that variety out there, students can be just as picky as the employers, and say, well that one doesn’t really sound like me, I’ll give it a miss.”

She stresses that it’s important for students to realise an internship is not the be all and end all.

“Its a placement, its an internship, if you don’t like it you can leave.”

How can you stay safe during your internship?

Chen says there are several ways to protect yourself when undertaking an internship.

“The really good internships are the ones that have structure, with a really strong feedback mechanism where a university is signing off on a tripartite contract,” she says.

However, when undertaking an informal internship, she says a signed and written agreement outlining the following is essential:

– How long the internship will last for

– What the learning outcomes will be

– What the deliveries of those learning outcomes are e.g. report, email, meeting

– What is the support structure

Chen says that interns should be specifically aware of their intellectual property clauses.

“We have seen practices emerging where for students they say ‘anything produced is our intellectual property and we don’t have to acknowledge you if we do publish your work’. That’s a really sad thing as it destroys the notion that this is there to support the students.”

How can the industry combat exploitation?

Even though interns may take up time and resources, it’s important to recognise the value they provide to a business.

“The benefit [for employers] is their ideas,” Chen says.

“Interns are coming fresh out of uni, they are exposed to the latest literature, they are fresh thinking [and] they are not as jaded as existing staff.”

Both Crane and Chen agree that there are good opportunities out there.

“We have come across some really good employers who genuinely want to be part of a better system and they can be supported by supporting young people as well,” Chen says.

Chen says students are integral in shaping the future of their industries.

“Student organisations are central to the combating of exploitation, they have the capacity to name and shame, to pool resources and make sure that companies are aware that this is not acceptable behaviour,” she says

“Because sometimes it can really just take a conversation to change their mind.”

Tijan Biner is a third-year Bachelor of Journalism student at La Trobe University. She is the Culture & Lifestyle Editor for upstart. You can follow her on Twitter: @tijanb.