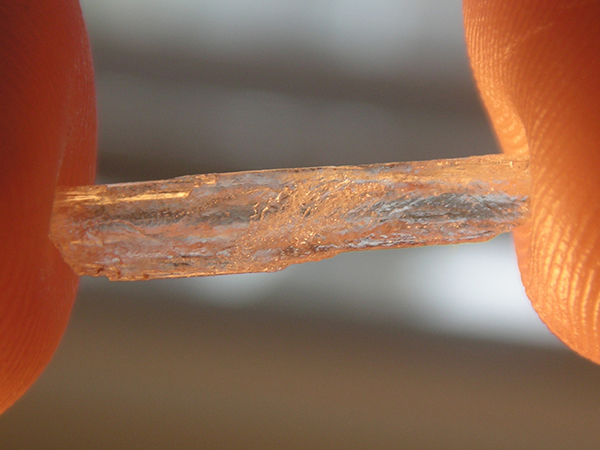 Tony Abbott says crystal methamphetamine “is tearing apart communities across the country”, yet there is a distinct lack of debate in the political sphere about alternative drug policies.

Mr Lay said: “Ice has been on the scene for over a decade and we’ve had a really strong law enforcement approach and it hasn’t resolved the problem. The time’s right now to look at the other options.”

A 2011 report by the Global Commission on Drug Policy declared that the global war on drugs had failed, with devastating consequences for individuals and societies around the world.

“Many countries that have enacted harsh laws and implemented widespread arrest and imprisonment of drug users and low-level dealers have higher levels of drug use and related problems than countries with more tolerant approaches,” the report states.

The report urges all countries to look at the issue anew and recommends governments end the criminalisation, marginalisation and stigmatisation of people who use drugs but who do no harm to others.

Dr Alex Wodak, president of the Australian Drug Law Reform Foundation, has said that ice should be thought of as a health and social problem rather than a criminal justice problem.

Victorian Alcohol and Drug Association executive officer Sam Biondo suggests the taskforce must channel funding into recovery and treatment, rather than send drug users and dealers to prison and rack up “huge costs” in the process.

In 2013, Australia was spending $1.1 billion on enforcing drug laws – $361 million for treatment and $36 million for harm reduction. But despite the amount spent on policing drugs, Australia has the highest percentage of recreational drug users in the world.

Research by the Australian Bureau of Statistics in 2013 found that Australians spend seven billion dollars a year on illicit drugs, almost two billion more than the amount spent on fashion.

This figure raises questions about the effectiveness of anti-drug laws and prohibition, a key concept of which is to deter drug users with the threat of punishment.

The “Tough on Drugs” program that has been in place in Australia since 1997 has failed to suppress a flourishing drug culture. Nearly four Australians die everyday from drug overdoses and many more are affected by addiction and drug-related crime.

Vivienne Moxham-Hall, secretary of the Australian Drug Law Reform Foundation, tells upstart that “the $1.1 billion currently being spent on law enforcement would be better spent on harm reduction”.

“The medically-supervised injecting centre in Kings Cross has decreased ambulance call outs to the other by 80 per cent and halved the number of discarded needles and syringes in the area,” she says.

CEO of Odyssey House James Pitts tells upstart that it would be a good idea for people who incur charges for the personal use of a narcotic to be given an alternative to a criminal penalty. “I would love to see anything that keeps people out of jail,” he says.

There is a significant push in Australia for the decriminalisation of illicit drugs, meaning users would not be charged as criminals. It has the potential to unclog the criminal justice system and allow more money to be spent on harm reduction and treatment.

Another option is to legalise drugs. The argument put forward by proponents is that it would curb the illegal black market and reduce criminal networks associated with the drug trade, while raising millions of dollars in revenue.

Legalisation and decriminalisation would not necessarily need to apply to all illicit drugs.

There are some international case studies, where various nations around the world have implemented alternative drug policies.

In 2001, in the midst of a huge national drug problem and related HIV epidemic, Portugal decriminalised all drugs.

Ten years later, they concluded that the removal of criminal penalties, combined with the use of alternative therapeutic responses to people struggling with drug dependence, had reduced the burden of drug law enforcement on the criminal justice system and the overall level of problematic drug use.

While there is no guaranteed fix for the drug problems Australia is facing as a nation, the hardline anti-drug stance currently being taken and the ice campaigns demonising addicts are not helping to reduce consumption of the drug.

With the crystal meth epidemic only getting worse, it’s time that Australia reopened the national debate about drug policies.