A former AFL player is changing lives through the power of veganism. 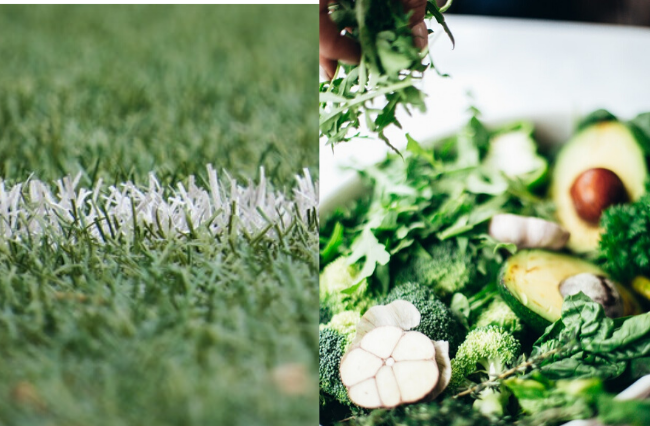 A lifelong love for health and wellness has seen former Adelaide Crows rookie Jackson Edwards turn failure into empowerment. Deflated but not broken, Edwards hasn’t allowed his delisting to define his character, leaving no stone unturned in reaching peak physical and mental performance.

After an unsuccessful stint at VFL level in 2019, Edwards shifted his focus to improving areas of weakness before returning home to Adelaide.

“Last year I stopped playing footy halfway through the season, because it didn’t really work out in Melbourne. Just to focus on training, putting on some size and improving my speed,” he told upstart.

“When deciding at the end of the year whether to come back to Adelaide to play footy or stay in Melbourne, I just thought with the coaches they’ve got here in Adelaide the best decision was to come back and play under Mark Stone down at Glenelg.”

“I just got to a point where I was so sick of it, I just had enough, I was ready to make a change. I think, it was at 16 or 17, I read a book by Luke Hines and Scott Gooding about the Paleo lifestyle and sort of changed to that approach,” he said.

After almost three years of living a strictly Paleo lifestyle, Edwards was introduced to veganism through an instagrammer, who suggested he listen to Simon Hills Plant Proof podcast.

“I never thought I’d go vegan because I hated the people that would put it down your throat and were just trying to force it on you,” he said.

“Whereas this guy was all about knowledge and just gave you that knowledge, letting you make your own decisions from there.

Edwards has tried different diets, but his reflection and research led him to believe that change was required. The idea of consuming chicken and red meat could no longer be detached from eating a household pet.

“I was cooking chicken one night in the oven and sort of just made that connection. I checked on the chicken and it started bleeding and I was like, holy s—t what am I doing,” he said.

“Imagine eating your own pet or something, there’s no real difference between a chicken and my dog at home. And once you make that connection, I feel like you can’t really turn back, and you don’t look at a piece of chicken on the bench the same way as you did before.”

Edwards is a strict vegan, and he uses this passion to empower clients and followers to adopt a healthy wholefood approach to nutrition, rather than take people on a guilt trip.

“If you’re making a small change in eating a few more different veggies each week, I’m promoting that instead of shutting you down and putting negativity towards you for eating meat,” he said

“I just want to keep it positive, keep empowering plants, showing people how powerful they are.”

This mindset has seen Edwards infuse flavour with nutrition, providing Instagram followers with a wide variety of vegan wholefood recipes for every occasion.

“People think, it is pretty bland [veganism], and you’re just eating vegetables all the time. But I’m telling you right now, there’s [sic] so many different options out there that you can get to replace the meat. And it’s tastes just as good, if not even better,” he said.

Committed to getting the most out of his footballing potential, Edwards is motivated to create a presence in the health and fitness industry. Emphasising the need to separate himself from the average influencer and personal trainer.

“I want to try and impact as many people as possible, starting in Adelaide then expanding Australia wide, I want to find ways to set myself apart from the rest,” he said.

“Starting off with this gym and personal training stuff from home, sets myself apart. I think, people feel a lot more comfortable coming to someone’s home and training rather than going to a gym.”

And if Edwards can carve out another opportunity at the elite level, it’s clear that he’ll be unwilling to change in pursuit of his own virtue.

“If I was put in that situation again, there’s nothing that’s going to change me, I’ve just got to a point, where I don’t really care what other people think, I’m going to do what’s best for me and helps me perform at the top level.”

Story: Jackson Frantz is a second-year Bachelor of Media and Communications (Sports Journalism) student at La Trobe University. You can follow him on Twitter @jackson_frantz1