"It shows that if we sit down unarmed, completely transparent, without any crutch, we can find peace,” Benjamin Gilmour said. 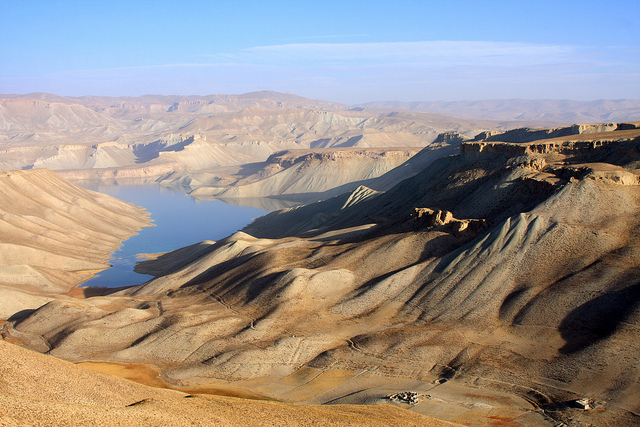 Though Australian, Jirga is unlike any other film made in this country. That’s because none of it was shot here.

Filmed entirely in Afghanistan, Jirga tells the story of retired Australian soldier Mike (Sam Smith), who returns to Afghanistan to seek forgiveness from the widow and children of the man he inadvertently killed while on a night raid.

Benjamin Gilmour, the film’s director, writer and cameraperson, made his first film Son of a Lion (2007) along the Afghani-Pakistan border and has a deep empathy for the people and culture of this region.

Many local Afghanis were involved in the making of Jirga, both as crew and actors. Gilmour’s style of genuine collaboration with the locals and his openness towards improvisation gives the film its distinct air of authenticity.

“A lot of Hollywood war films that are set in Afghanistan aren’t shot there. So we had this great opportunity to access that authenticity. All along we did so with improvisation and by not forcing dialogue in any situations,” Gilmour told ­upstart.

Actor Sam Smith prepared for the role by speaking with Australian soldiers who had served in Afghanistan, however, he believes his performance was all the much richer because of the authentic context.

“A lot of the people we were working with had real experiences with what we were sitting with so they were equally giving me so much to work with that I just had to respond to their behaviour and emotion,” Smith told ­upstart.

Despite the risks involved, the local Afghans who worked alongside Gilmour and Smith did so because they believed in the film’s message.

“But those risks were discussed from the outset and the Afghans we worked with weren’t perturbed, particularly as they felt that this story was one that they really wanted to take part in telling and that it was worth the risk,” Gilmour said.

He sees Jirga as a film for peace and for healing, describing the story as “imagining a better world” despite the fact that the Middle East is still at war.

For Gilmour, that approach is represented in the film through the relationship between Mike the soldier, and Sher Alam the taxi driver.

“That relationship is at the heart of things. It shows that if we sit down unarmed, completely transparent, without any crutch, we can find peace,” he said.

Jirga also stands as a film for peace because it’s at odds with all the negative and narrow representations of Afghanis and Arab people, that dominate Western media. It highlights the beauty of the landscape, the humanity of the people and their way of life.

“This film is absolutely for the Afghans … to give them a platform, to show their country, and the nature of their people in a different way … that’s part of the motive,” Gilmour said.

This underlying value of peace in Jirga extends to its representation of the Taliban as well, who are portrayed in a dual, complex mode: merciless executioners on one hand, but men with a quirky sense of humour, gracious hospitality and painful pasts on the other. Gilmour has clear views on the matter.

“I feel that the depiction of the Taliban as purely this extreme villainous force is in this current day not helpful to achieving peace in Afghanistan … of course there are extreme versions of the Taliban that are still around. But they’re not one unit.”

While Westerners assume the Taliban is the enemy, Gilmour discovered that conversations with local Afghans revealed their desire for a peace treaty with the Taliban.

“What surprised me was the Afghans we spoke to, they all want peace and they want peace with the Taliban. They want to come to some kind of arrangement. So I think it’s time to talk and I believe things are happening, for the sake of peace in that country,” he said.