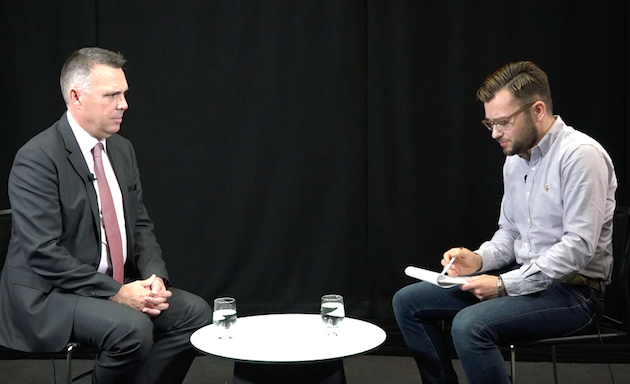 La Trobe University Vice-chancellor Professor John Dewar says his “thinking is starting to shift” on the subject of full fee deregulation in the higher education sector.

In an exclusive interview with Naim Kurt on upstart’s marquee live broadcast upstartLIVE, Dewar admitted that the current system is not aligned with the national interest.

“I was… a very strong advocate of full fee deregulation,” he said.

“But I’m actually starting to think that the level of unmet demand is now so low and that the choices that individual universities are starting to make in order to exploit the demand driven system are starting to be, I think, not in line with the national interest,” he said.

Dewar feels that the way forward for La Trobe may be reinstating the cap on places at the university.

“There is a completely alternative system to everything that the government is talking about, which is that we recap the system,” he said.

“At the moment we have a demand driven system, and one of the problems for government has been is that has led to a huge increase in university enrolments.”

Dewar said that this increase is placing significant strain on the industry.

“I think the sector since 2008 has probably grown by the equivalent of three or four universities the size of Monash. So the sector has absorbed a lot more students,” he said.

“I’m starting to think that we may have reached the logical point at which to say ‘that’s enough, that’s enough growth, let’s just constrain that growth now.’

“We’ve met most of the unmet demand in the system, and achieved the government’s fiscal objectives that way rather than cutting what universities receive.”

Dewar is concerned that the major political parties in Australia are letting the sector down.

“There is a very strong argument that governments should be putting in more.

“The problem is neither side of politics – neither of the main parties at any rate, the Greens are an exception – is actually advocating that. They’re either advocating keeping it where it is or reducing it.”

However, Dewar isn’t as concerned with the tumbling ATAR thresholds across the university sector.

“There is a certainly a point at which a low ATAR does appear to effect student’s success over the long term,” he said.

“When you get to the 50s, that’s when it appears to look as though it starts to have an impact. Above that, there is no strong correlation between the ATAR on entry and performance of students during and at the end of their degree.”

Rudi Edsall is a third-year Bachelor of Journalism (Sport) student at La Trobe University, and the current editor upstart. You can follow him on Twitter: @RudiEdsall.

Max Robins is the senior producer for upstartLIVE. He is a 3rd year Media Industries student at La Trobe and a freelance project and production manager in graphic design. Follow him on Twitter @robinsmax.

Naim Kurt is a La Trobe student and a special corespondent for upstartLIVE. You can follow him on twitter @nkur7.